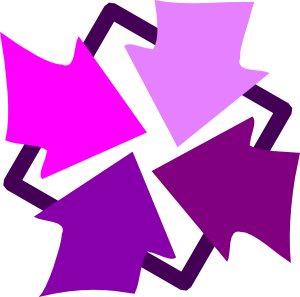 – Undiscriminated use of violence, lack of social/political demands and propositions
The abuse of violence and aggression characterizes #UKRiots.  Although the wave of riots in England started from the protests in  Tottenham last Saturday night – in which people demanded ‘justice’ after the death of a 29 year-old man by police corps last Thursday – , the  subsequent events in London and spread all across the country were  guided by the pure violent disposition towards all the fields of society  and communities. Apart from corporatist buildings, targets includes colleges, civilian cars and pubs. Buildings and houses were also targeted and burnt with people inside. People who were not supporting  the riots were attacked in the streets.
After the pacific protests of last Thursday in Tottenham, there has been no  political or social demands presented by the rioters, there only language is violence. Although we understand that in a sense as victims of an extreme capitalist system, based on  manipulation and coercion, the ‘rioters’ could not present any political  propose, any interest for an organized change until now.
We  qualify those events as riots. The main practice performed in the  attacks was to burn and loot. We assume the recent waves of  violence in England as human-rights violations by the part of rioters.  Human lives, common citizens and police officers were at extreme risk.  On the other hand, we consider the rioters as victims of human-rights  violations by Governments and corporatist institutions which lead  England into a deep social crisis, based on inequality and segregation.
We  can understand the causes of current unrest in England. Although we are  not in the position of judging  the validity of their rage, we feel in  the position to make clear that the riots currently organized across  England – UNTIL NOW – are not linked to the #Globalrevolution movement, at least the one promoted by Take the Square and affiliated movements – and thus do not represent us.