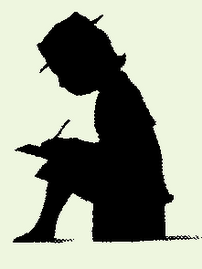 As governments around the world, including our own, face more and more popular resistance, we’re witnessing a revival of the use of agent provocateurs. An agent provocateur is the well-used tactic of using undercover military or police to join a dissenting group or protest in order to provoke others in the group to carry out illegal actions and violence. The goal is to discredit the group from the inside. Sometimes the group gets discredited with those outside. Other times the group is enticed into internal divisions and collapses.

The most recent and clumsy attempt was the Egyptian government’s use of plain-clothes police officers to incite violence amid the largely peaceful anti-Mubarak protests. They tried to resemble the genuine protesters at first, but then the Mubarak agents showed their true colors. They rode horses and camels, carrying weapons and throwing fire bombs. Even the international media wasn’t fooled. For the first time, mainstream media started using the language of agent provocateurs.

In decades past in the U.S., the FBI was exposed for using agent provocateurs to pose as members of right wing groups and the Black Panthers. This was the infamous COINTELPRO program that operated from the 1950s into the 1970s. It was thought to have been shut down in the early 1970s, but another version of it came to light during the Reagan years.

Italian police were caught using agent provocateurs during the G8 financial meeting in 2001, and the British police did the same during the 2009 G20 meetings in London. In 2007, a Canadian police force in Quebec first denied and then admitted it used disguised officers during a protest of a Security and Prosperity Partnership meeting. The police denied that the disguised officers were inciting violence, though they were carrying rocks.

New York City police officers were accused of using agent provocateurs during the 2004 Republican National Convention, and the Denver police were discovered using undercover detectives during the 2008 Democratic National Convention. In this case, police officers ended up using riot-control chemicals against their own officers. In recent years, the FBI has used a growing number of agent provocateurs to infiltrate Muslim communities in the U.S., the most notable being exposed agent Craig Monteith in Orange County, California. He said he had been paid between $2500 and $11,000 a month to help radicalize Muslims.

As the paranoia common to governments grows, the question arises: will your group or church or political action committee be targeted with agent provocateurs at some point? Why not? The targets have been quite various, with government certainly not always focused on so-called radicals. At the same time, governments’ definitions of what groups are risky can change quickly and silently. It certainly wouldn’t be advertized. Many groups haven’t discovered their agent provocateurs until years after their activity.

Would you be able to spot an agent provocateur? They try to blend in and make friends. They appear to share your interests.

Drawing from several sources, experienced observers have suggested some tips for identifying such agents. They’re not foolproof, but they’re a start.

Of course, good but immature people can do all these things. Discernment involves sound judgment calls. Protection from agent provocateurs increases as your group matures. If your group has rich relationships and trust, you won’t as easily fall prey to cheap provocateurs.