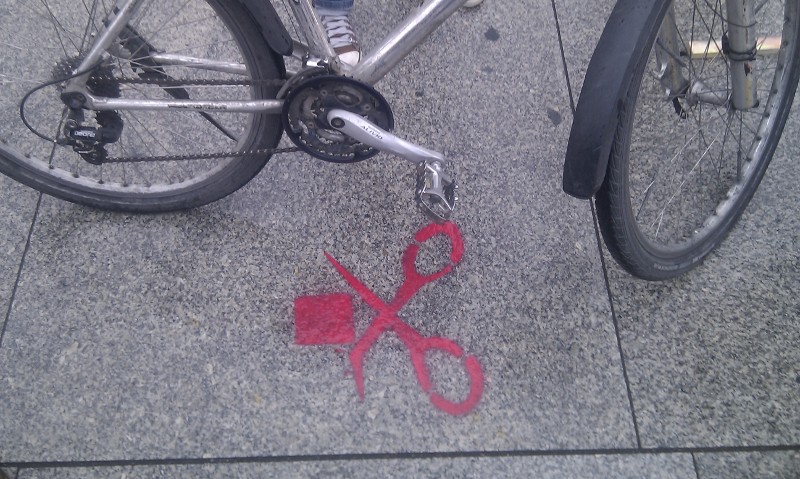 Today at 20h, around a dozen of people where in front of the Humboldt Univeristy in Berlin, in solidarity with the #potbanging call from #Quebec. Despite if was a rainy day, everybody brought their pot and pans, banners and all the energy to support the students movement in Quebec. At every moment, all students movements around the world were present. Today we were supporting students from Quebec, but we had in mind that this educational policies are global and so will be the response to them. Once some more people arrive we head on to the Deutsche Bank. On the way we decided to go to the Brandenburg Gate, and a group of students from Quebec joined the demo. Afterwards we headed towards the Embassy of Canada, banging the pots and pans and making ourserlves heard so that the fight being held by the students from Quebec is well known. Here where the demo ended, though of course the police came and ask what were we doing, the #revolution of course ;-).