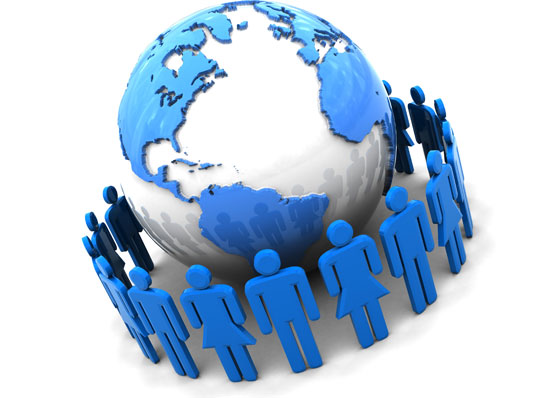 By the Editorial Team of World without Wars and Violence.

What do Bolivia, Iceland, Tunisia, Egypt and Spain all have in common?  Besides being famous respectively for; ladies in bowler hats, volcanoes, mosaics, pyramids and Rafael Nadal there seems to be little to connect these diverse countries, yet they are all undergoing the most radical forms of social revolution that we have witnessed since the collapse of the Berlin Wall and the Soviet Empire.

It is quite likely though that, at least in the cases of Bolivia, Iceland and Spain, people around the world have no idea what’s going on.  Let’s recap:

January 2006: Bolivia: Evo Morales, an indigenous Bolivian is elected to power by 54% of Bolivians in the election and then in 2009 is re-elected by 63% of voters.  Morales was elected on the back of his campaign to create a constitutional assembly to develop a new constitution, to nationalise the gas industry and to introduce land reform, all of which he did in his first term of office.  In the new constitution, the use of war as a means to resolve conflicts was abolished.

January 2009: Iceland: The Icelandic government is brought down by popular demonstrations that started with the collapse of the Icelandic private banking system.  Deals for citizens of Iceland to repay the losses incurred by the UK and the Netherlands were rejected twice in 2010 and 2011 and a national forum was convened which led to the creation of a Constitutional Assembly to design a new national constitution.

December 2010: Tunisia: Mohamed Bouazizi, a street vendor in the small town of Sidi Bouzid, Tunisia, sets fire to himself in a tragic act of desperation following the confiscation of his goods, most likely following his failure to pay bribes to the local police.  This act sparked demonstrations across the country that eventually led to the downfall of the dictator Ben Ali 28 days later.  Since then a string of officials linked to the dictator have resigned, the secret police has been disbanded and elections for a constituent assembly are due on the 23rd of October.

January 2011: Egypt: A campaign of mainly non-violent civil resistance starts in Egypt, seemingly inspired by; events in Tunisia, the police murder of a young man, Khaled Saeed, the oppressive government of Hosni Mubarak and the state of emergency which had been in force since 1967.  The protesters demanded the removal of the Dictator and within 3 weeks he had gone.  In addition the constitution has been changed, the feared National Democratic Party and the secret police have been disbanded and Mubarak is under arrest and facing trial together with his sons.

May 2011: Spain: A movement that flourished on social networking sites with the name Real Democracy Now calls for protests throughout Spain on the 15th of May one week before local elections on the 22nd.  In Madrid police brutality against demonstrators led to them camping in Puerta del Sol, the central square, and a similar phenomenon in solidarity spread to all parts of Spain and communities in other countries.  Since then the movement has renamed itself 15-M and developed an Assembly style of public consultation with huge public gatherings in cities, towns and villages, always with the aim of gathering the demands of the people and making agreements based on consensus.  Currently the movement is marching throughout Spain to reach the capital on the 23rd of July in what is expected to be a massive demonstration against political corruption, the rotten democratic system and the electoral laws that maintain it.

With all of this happening we can rightly ask ourselves if a Global Revolution is happening.

It is clear that the economic system can no longer be maintained.  The speculation driven system—which means that the price of oil is not determined by how much it costs to extract from the ground today but by how much it can be sold for in the future—is causing the cost of food to grow ever higher and putting more and more strain on the world’s poor.  The speculation-driven banking system has reached the point of collapse and governments are giving away taxpayers’ money to save them.  If you or I go to the casino and loose all our money on a game of poker we are personally liable.  If a bank loses all our money on risky gambling strategies then apparently governments (i.e. taxpayers) have to pay!

All of these revolutions above can in fact be linked to the terrible economic hardship being faced by the populations of these diverse countries due to an economic system that doesn’t work, and in reality only ever worked for a minority of the world’s population.

The crisis will eventually hit all the economies of the world and in many places the conservative and violent Right will emerge in the role of saviour, only to persecute the people even more.

And then we will see—just like we saw with the collapse of the Soviet system—that there will be no apocalypse, instead we will see, as we are seeing in these inspirational countries, that the path of nonviolence will turn out to be the most effective path.  A non-violent path that can provoke the system to show its violence is the quickest way to social revolution.  This is the lesson learnt from Gandhi and Luther King.

4 thoughts on “On the edge of a #globalrevolution?”