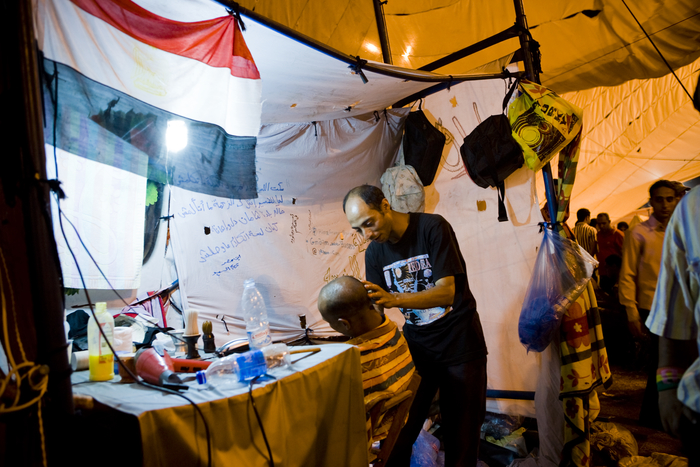 In what is being described by many Egyptians as the country’s “second revolution”, tens of thousands are currently staging protests and sit-ins in Cairo, Alexandria, Suez and other cities in the biggest wave of protests since the fall of Hosni Mubarak on February 11. The 18-day uprising toppled the former dictator, however, many demonstrators maintain that his legacy is alive and well in the current administration. Anger now is directed toward the ruling military council and caretaker prime minister Essam Sharaf’s transitional government.

Since July 8, protesters have been camping out in Cairo’s Tahrir Square, the epicentre of the uprising. 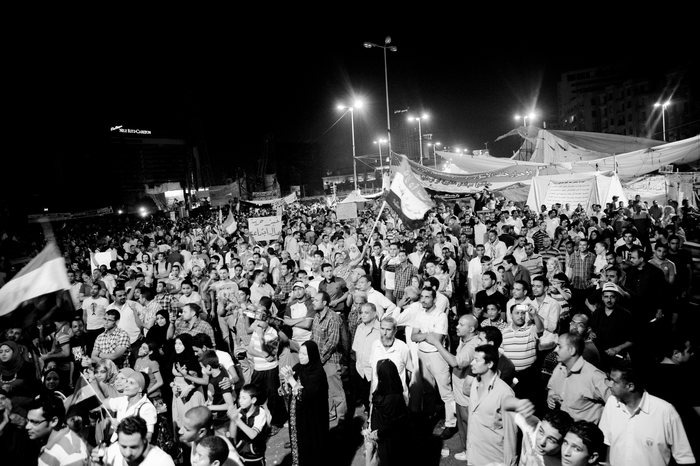 1) Protesters at night in Tahrir Square chanting against field marshal Mohamed Hussein Tantawi, Mubarak’s minister of defence, currently the ruler of Egypt as the head of the Supreme Council of Armed Forces 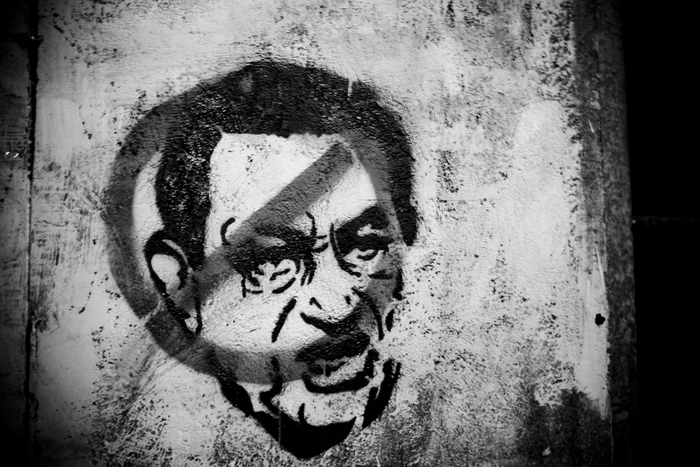 2) Protesters have put a list of demands directed at the ruling Supreme Council of Armed Forces, including trying Mubarak and his regime officials in public. In the run up to the July 8 protests, graffiti calling for demonstrations and other actions went up on walls throughout downtown Cairo and elsewhere 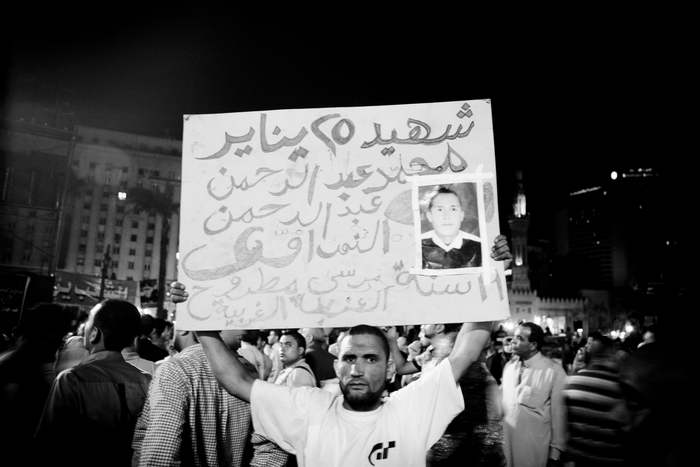 3) The uprising left more than 800 people dead, most killed by the police. Since then, the trials of the interior minister and police officers allegedly involved in the killings have been adjourned by pro-regime judges, who released the officers on bail and left them in service. Speedy public trials of those officers, their suspension and compensating the families of the martyrs are among the demands of the ongoing protests 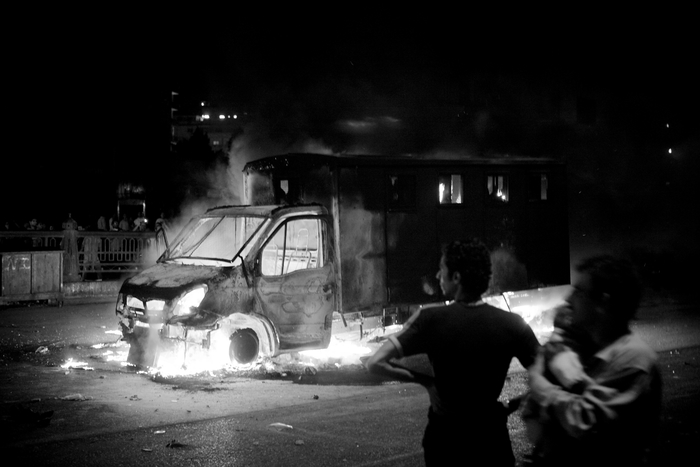 4) Many protesters want an urgent restructuring or dissolution of the interior ministry, feeling the police’s old ways remain in place when dealing with detainees or public dissent. In one demonstration of anger, residents set fire to a Central Security Forces armoured vehicle and clashed with police in a full scale riot in Cairo’s Azbakeya district in June, following the death of a driver in custody 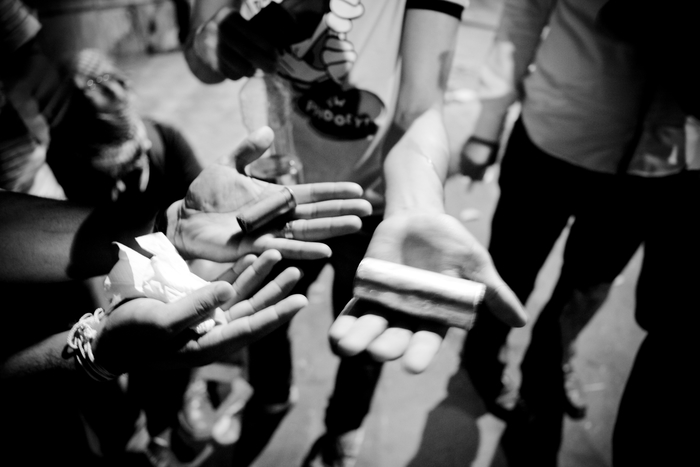 5) The public wrath against the police had been brewing, following their gradual return to the streets in February. The crackdown by security forces on the pro-Palestine protests in front of the Israeli embassy in Cairo last May involved similar scenes to those witnessed during the uprising 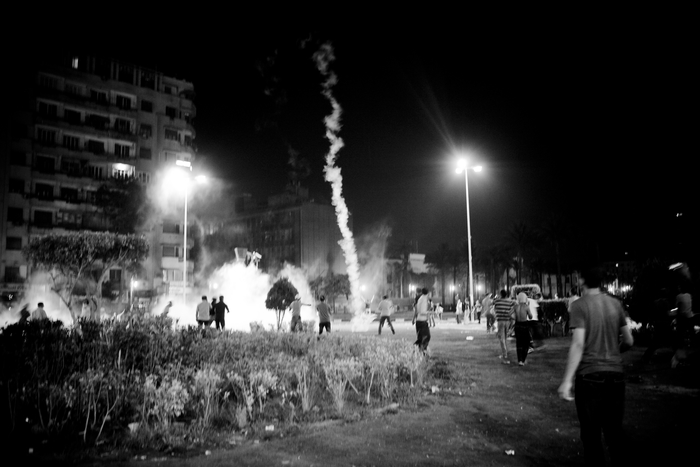 6) The Israeli embassy clashes were followed by a crackdown on protesting families of revolution martyrs in Tahrir Square in June. For two days the CSF battled the families and activists who flocked to the square in solidarity, using similar tactics to those employed on the Friday of Anger, January 28 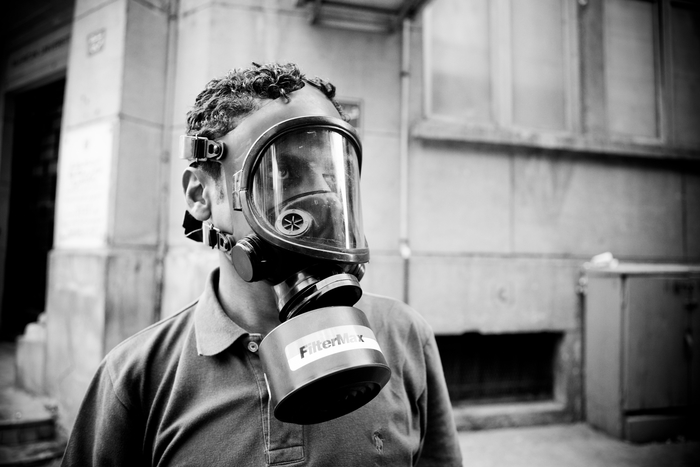 7) The young protesters are prepared for possible clashes with the police. They carry vinegar and onions to counter the effects of tear-gas, while some savvier protesters use gas masks – now sold cheaply in Cairo shops 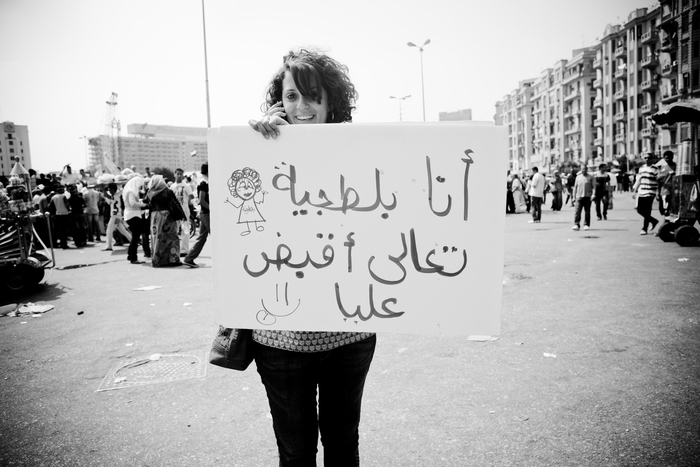 8 ) While regime officials and police officers are tried in civilian courts, more than 7,000 Egyptians have been sentenced to prison terms by military tribunals since the start of the uprising. This includes a number of activists who have been tried under a vaguely defined ‘anti-thuggery’ law. Activists, like Salma Said in the picture above, have been bravely campaigning against the military trials, and were among those who called for the protests in Tahrir to resume until the military trials were brought to a halt 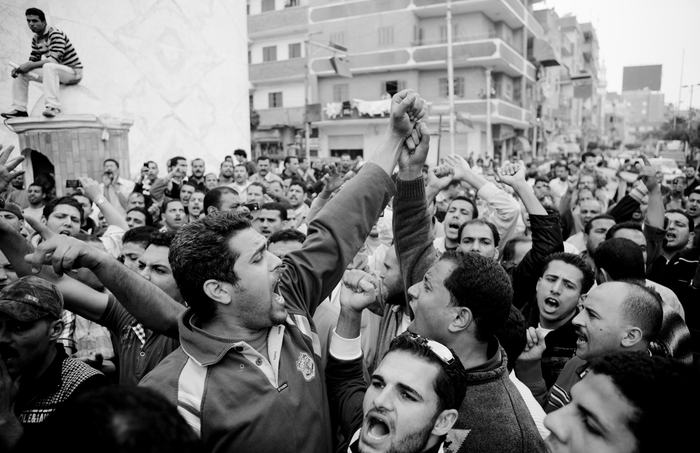 9) ‘Bread, freedom and social justice,’ has been one of the slogans chanted by protesters since the start of the uprising. However, many feel that social justice has been far from achieved. Labour strikes and sit-ins have been sweeping almost every sector of the economy since early February. Some analysts say that the involvement of the workers during the last three days of the 18-day uprising was ‘the straw that broke the camel’s back’. The labour movement has put forward several demands, which Tahrir protesters have also adopted, including the re-nationalisation of privatised companies, such as the Ghazl Shebeen el-Kom textile factory, whose workers in the image above could be seen marching in the Monofiya region of Egypt 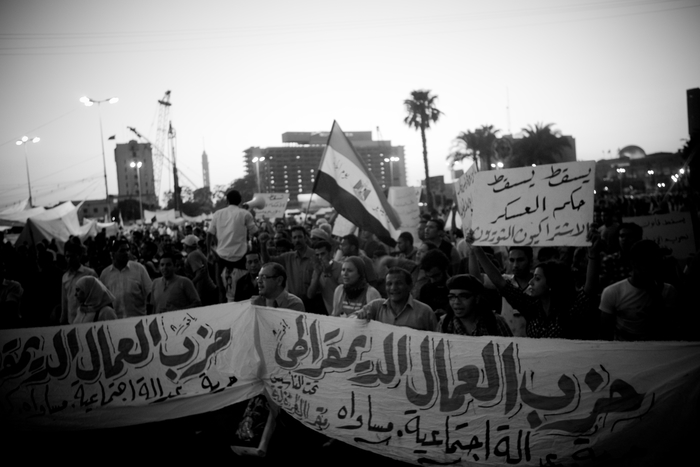 10) Labour groups and independent trade unions have been regularly sending delegations and representatives to the Friday protests at Tahrir, and some have joined the ongoing sit-in demanding raising the national minimum wage to LE 1,200 ($200) a month 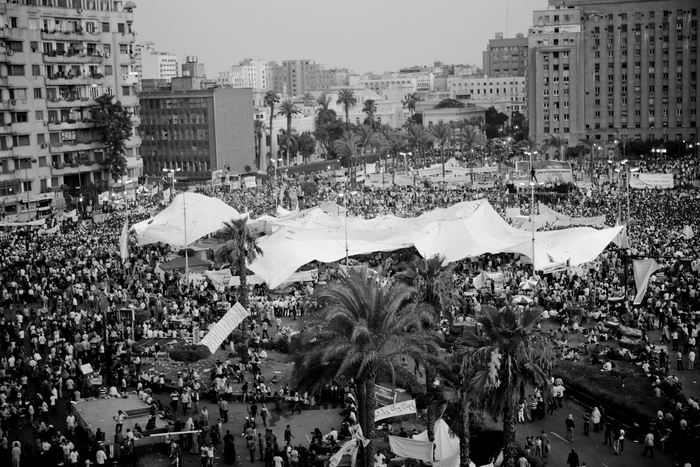 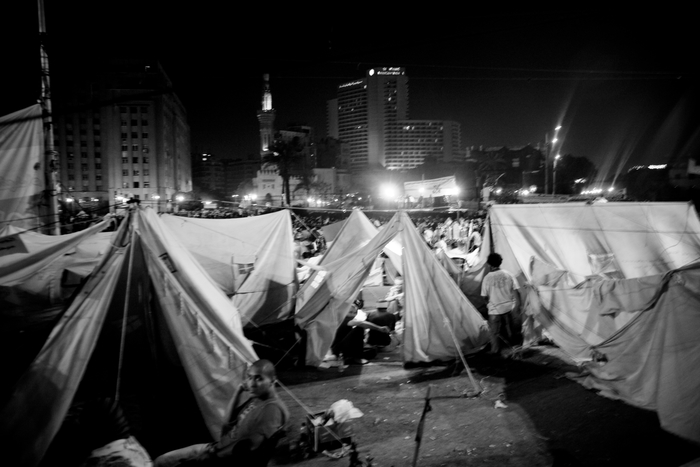 12) A tent city has been slowly in the making since the first week of July, with many independent protesters and political groups camped out 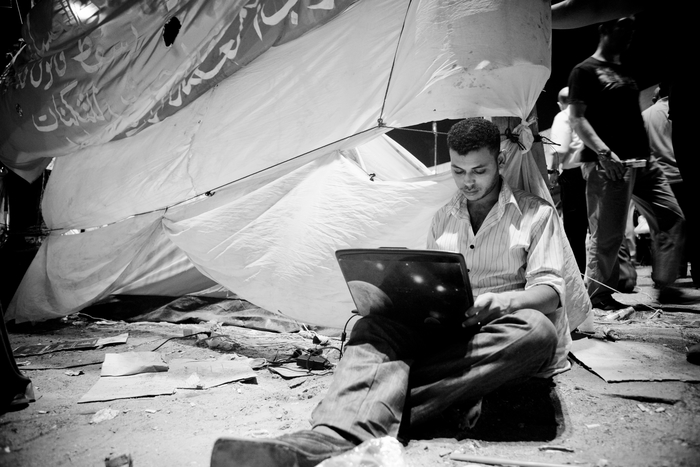 13) Using electric generators and wires from the street lamp cables, the Tahrir protesters charge their mobile phones and laptops, browse the internet and disseminate information about their cause 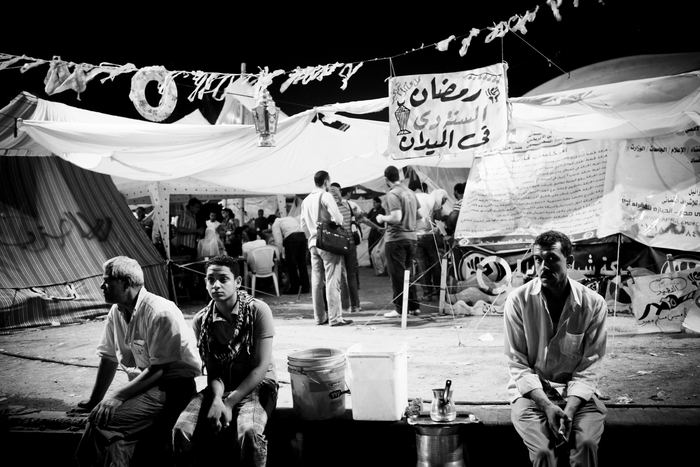 14) Responding to public pressure, the ruling military council and prime minister Essam Sharaf have reshuffled the cabinet, sacking a number of unpopular officials and police officers. However, the protesters in Tahrir remain unimpressed and have expressed their willingness to continue their sit-in throughout this coming month of Ramadan