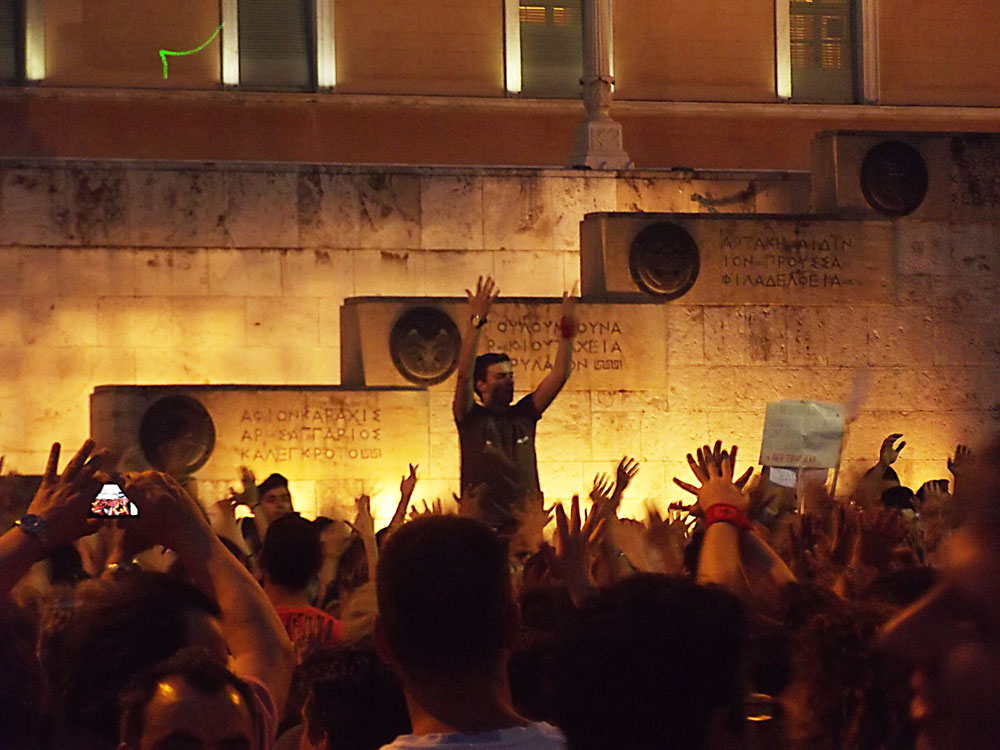 The Greek Government celebrates the results of the Summit, during which it simply signed, following the Troika orders (IMF, EU, ECB), the new “rescue” package, to a country which is devastated already by the Memorandum.

So, what exactly does the government celebrate? The failure of the Memorandum that has been applied with a gun on the head of the Greek people? The declaration of economic war on society for the next 30 years? The rolling over the next 30 years of the biggest part of the cost at the expense of future generations? The default that still casts its shadow over the country? And if this is indeed a success, which measures will the government take back after this great “success”?

One memorandum brings the next. The 158 billion euro program that is supposed to “save” the Greek economy, in reality, will save the banks and the bill will go again to the Greek people. Is that the real reason of the government’s celebrations?

This same government has accepted to give collateral warranties to our creditors. For this issue not only it stays in complete silence and does not specify them exactly, but on the contrary, it tries in all tones to persuade us that the plan will be a success, a plan following the exact same policy of assault on society, that brought the first memorandum’s failure. New taxes, new cuts, new bleeding of income of the same, ever, social groups.

The squares are still here

It is the beginning of August and the people are still in the squares. Despite the summer indolence, the slander through the media, despite the plans of the central or municipal authorities for us to go home. They seem to ignore the fact that the movement of the squares is an answer to the society’s need for defense. What has happened till today is nothing more than a start, a legacy for the upcoming struggles. We had the will, we conquered fear, we obtained solidarity.

This September will not signal a return to routine. It will mark a return to the struggle, a return to the attempt to overthrow the policies and forces that are making the Greek people sink into poverty and misery. The beginning of fall will be a spring for our struggles.

Therefore, we call, on the 3rd of September, for a new big mobilization in order to link the current struggle with others of our people, against tyranny and despotism, since on September 3rd we won our first Constitution. A concept that is not something important for the government since it has transformed it to a scrap of paper. And this is only the beginning.

On our route of struggle

We are left with no choice. The overthrow of all those who oppress us and deprive our hope for a better life is a one way road. We will not allow for the new memorandum to pass, and it won’t pass. We do not owe, we do not sell, we will not pay! We will stay in the squares of Greece, for as long as it takes, adamant in our objectives, unmediated and truthful, implementing direct democracy. We are determined to succeed.

Today, the day of the restoration of democracy after the junta, a day that has become nothing more than a reception day at the Presidential Mansion, we honor the decision of the resistance of those days to abstain from the reception and we declare:

The fight goes on and will go on till the victory.