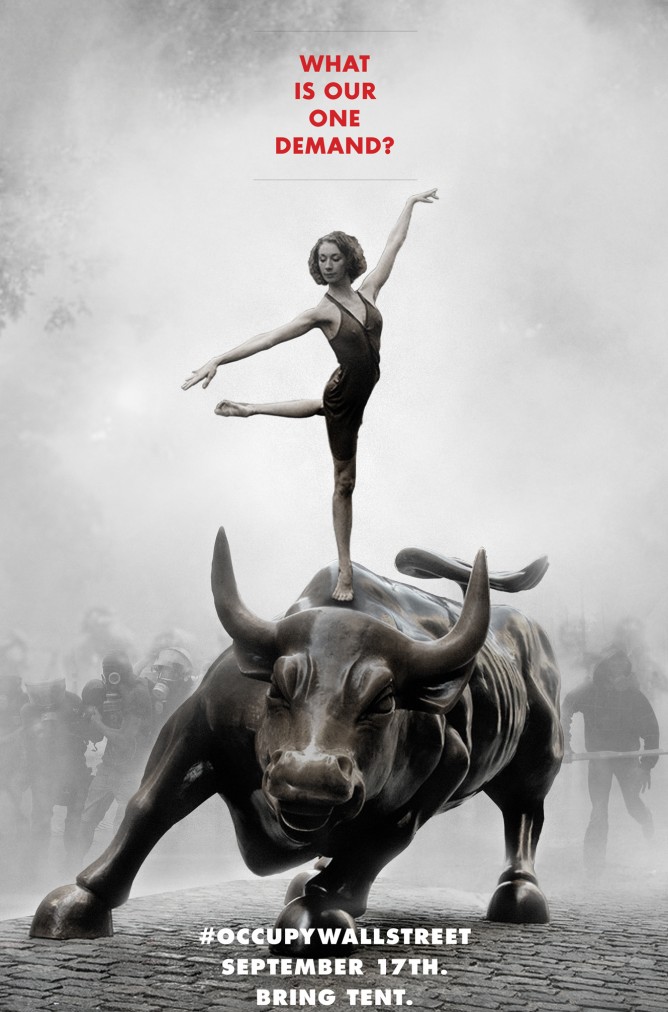 A worldwide shift in revolutionary tactics is underway right now that bodes well for the future. The spirit of this fresh tactic, a fusion of Tahrir with the acampadas of Spain, is captured in this quote:”The antiglobalization movement was the first step on the road. Back then our model was to attack the system like a pack of wolves. There was an alpha male, a wolf who led the pack, and those who followed behind. Now the model has evolved. Today we are one big swarm of people.”

The beauty of this new formula, and what makes this novel tactic exciting, is its pragmatic simplicity: we talk to each other in various physical gatherings and virtual people’s assemblies … we zero in on what our one demand will be, a demand that awakens the imagination and, if achieved, would propel us toward the radical democracy of the future … and then we go out and seize a square of singular symbolic significance and put our asses on the line to make it happen.

The time has come to deploy this emerging stratagem against the greatest corrupter of our democracy: Wall Street, the financial Gomorrah of America.

On September 17, we want to see 20,000 people flood into lower Manhattan, set up tents, kitchens, peaceful barricades and occupy Wall Street for a few months. Once there, we shall incessantly repeat one simple demand in a plurality of voices.

They hit the nail right on the head.

But it would be far more effective if Americans take to the streets of EVERY capitol or epicenter in EVERY state — and stay there until our demands are met.

And the call of action should be to END the PRIVATE CONTROL over our MONEY system.

If North Dakota can do it and end up with the lowest unemployment in the nation and a yearly budget surplus, then every state can!

We can end their control over our government once we release their stranglehold on our economies and livelihoods.

But no matter what we ask for, we won’t get squat unless we hit the streets in droves.

Our “government” MUST start listening to the people. But they won’t unless and until we give them no alternative.

They say that being respectful is the most effective way to communicate and I believe that’s true. But respect is a two way street and we’re not getting any right now from our governments. We must demand it.

To do that we must demonstrate a colossal show of power – and all we have is our numbers. But everyone must act – or it won’t work.

United we stand. Divided we fall, one by one, until there’s no one left standing but the banksters.

What will it be?

Will you join us when the time comes? Or will you stand by and wait for your banking overlords to spare you and take mercy on your poor wretched little soul?