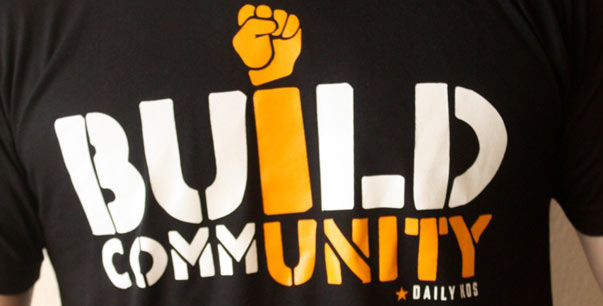 Give Our Kids a Future! A North London Unity Demonstration

This march is called by The North London Assembly, a temporary Assembly which saw 70 local community activists at the North London Community House on Tuesday 9th August to discuss our reaction to the riots of early August. They including people from many Turkish and Kurdish community groups like Day Mer and Gik Der and also the Haringay and Hackney Alliances for Public Services who are all supporting this march.  We state that this is not us seeking to represent the community put it is our attempt to try to bring unity to the community in which we live.  This will be a positive and peaceful march with an Assembly at the end for people to express what they are thinking about recent events.

Our communities need a united response to both the riots and the causes of despair and frustration that can result in riots.

• A CULTURE OF VALUING, NOT DEMONISING YOUTH AND UNEMPLOYED PEOPLE.
• SUPPORT FOR THOSE AFFECTED BY THE RIOTING, INCLUDING THE IMMEDIATE RE-HOUSING OF PEOPLE MADE HOMELESS AS WELL AS GRANTS FOR AFFECTED
SMALL BUSINESSES.
– COMMUNITY LED REGENERATION AND RESTORATION OF DAMAGED AREAS.
• REVERSAL OF ALL CUTS TO YOUTH SERVICES IN OUR BOROUGHS
• NO CUTS TO PUBLIC SERVICES! INSTEAD, INVESTMENT INTO AND REGENERATION OF OUR COMMUNITIES, INCLUDING HOUSING, JOBS, EDUCATION AND SPORTS
FACILITIES.
• AN INDEPENDENT COMMUNITY INQUIRY INTO POLICING METHODS IN OUR BOROUGHS. AND AN END TO STOP AND SEARCH.
• AVAILABILITY OF LEGAL SUPPORT FOR ALL THOSE PEOPLE ARRESTED BY POLICE – YOUNG PEOPLE FACE POTENTIAL SENTENCES THAT WILL AFFECT THEM, THEIR FAMILIES AND THEIR WIDER COMMUNITIES FOR YEARS TO COME.

We are responding to the events of the last few days, in particular the Tottenham protest over the killing of Mark Duggan and the riots that followed in Tottenham and Hackney.

By coming together and calling for unity we want to encourage all sections of our local communities, young and old,
black and white, residents and workers, to work together to find solutions to some of our long-standing problems.

We know there are all kinds of strong feelings and differing views. We do not claim to represent the whole community, but merely seek to promote unity in the communities in which we live.

Simply labelling rioters as opportunistic criminals does little to relieve tensions and provides a poor explanation for the worst riots in decades. While the shooting of Mark Duggan provided the trigger, against a background of oppressive policing, especially towards ethnic minorities, the root causes are deeper.

Our communities have been blighted by high levels of deprivation, poverty and lack of opportunity for decades. Inequality is growing and recent funding cuts to local services, particularly youth facilities, along with rising unemployment, and cuts to EMA and benefits have exacerbated the conditions in which sections of frustrated young people turned to rioting, which unfortunately has resulted in people losing their homes and small/family businesses losing their livelihoods.

Britain is a wealthy country, but the economic crisis created by greedy bankers and financial speculators is further impoverishing already poor areas like Tottenham and Hackney. The £390 billion of combined wealth of the richest 1,000 people in Britain should be redirected to fund the services we all need.

In the last few months we have seen mass local protests against cuts, student occupations to defend free education, half-a-million strong demonstration on March 26, and 800,000 public service workers out on strike on June 30th.

We need to build on these and other inspiring local and national struggles. Let’s work together for a decent society, based not on greed, inequality and poor conditions, but on justice, freedom, sharing and co-operation.