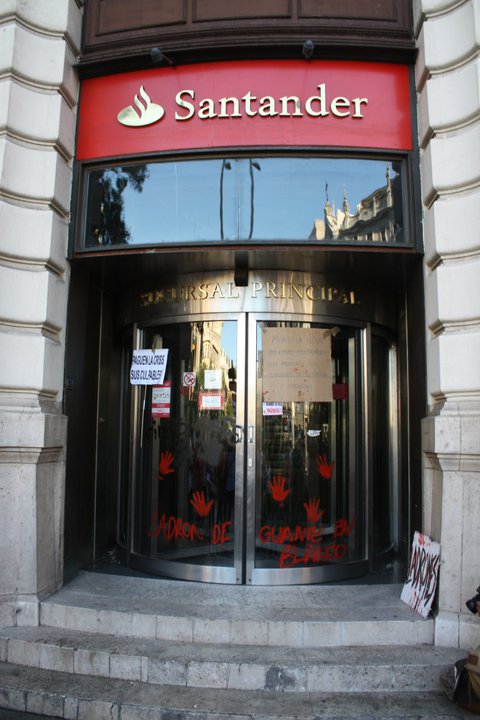 Published by the Economics Working Group of Madrid at TomaLaPlaza.net

The Economics Working Group of SOL (Madrid) in support to the initiative “Occupy WALL STREET” promoted by various associations and movements in the United States who have decided to camp out in front of the New York Stock Exchange on September 17 in order to ask for an economy serving the people, the regulation of financial markets, limiting their influence on political life, the creation of a public bank and a fair and equitable sharing of wealth.
We likewise call for all citizens to focus in front of the Madrid Stock Exchange on September 17, a day in which we will discuss those and those that sank the economy, which are the same and the same, institutions now betting against our future and promoting major cuts in social demand. Cuts which not only dramatically slow economic recovery, but also condemn the majority citizens to have worse schools, hospitals worse, worse pensions for our elderly, poorer infrastructure, thus conditioning the future of future generations.
It also clarifies that there is a double reason for making this event on a Saturday, because we want to help our American colleagues, who will begin their camp that day, and because during this time we will organize a forum for presenting lectures and discussions in addition to our complaint, presenting possible alternatives to our current economical situation.

PEOPLE OF EUROPE, RISE UP!