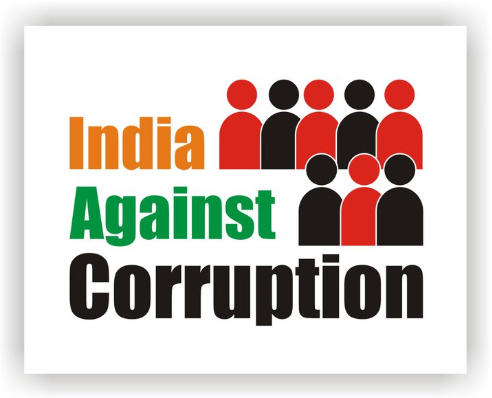 Text extracted from documents in http://www.indiaagainstcorruption.org/

Shri Anna Hazare spearheaded a nationwide campaign to demand a strong anti-corruption law Jan Lokpal Bill. Today, despite overwhelming evidence, corrupt people are not punished. Jan  Lokpal Bill seeks to ensure that the corrupt are punished, the punishment is certain, it is exemplary, and it happens in a time bound manner!

Why do we need Jan Lokpal?

There are several deficiencies in our anti-corruption systems because of which despite overwhelming evidence against the corrupt, no honest investigation and prosecution takes place and the corrupt are hardly punished. The whole anti-corruption set up ends up protecting the corrupt.

Our anti-corruption agencies have basic structural deficiencies because of which they are incapable of doing any honest investigations:

a. Lack of Independence

Most of our agencies like CBI, state vigilance departments, internal vigilance wings of various departments, Anti-corruption Branch of state police etc are not independent. In many cases, they have to report to the same people who are either themselves accused or are likely to be influenced by the accused. For instance,

Please read detailed report in Annexure 2 to see how despite huge unaccounted cash being recovered from the house of a top NHAI officer, Kamal Nath denied permission to register a case of corruption against him. Coal Ministry just sat on CBI’s repeated requests to prosecute the officer who was to become the CMD. Railways just sat on CBI’s request to prosecute one of its top employees involved in railway recruitment scam.

Some bodies like CVC or Lokayuktas are independent, but they do not have any powers. They have been made advisory bodies. They give two kinds of advise to the governments – to either impose departmental penalties on any officer or to prosecute him in court. Experience shows that whenever any minister or a senior officer is involved, their advice is rarely followed.

Governments have deliberately created plethora of anti-corruption agencies and given them fractured mandates. This has been done to render them ineffective. For instance,

Firstly, this kind of fractured mandate creates confusion. Secondly, enquiries and investigations into any case go on and on for years. For instance, in street lighting case of Common Wealth Games, first an enquiry was done by CVC, then CBI investigated into the same case and then it was again enquired into by Shunglu committee. Thirdly, if two agencies arrive at conflicting conclusions on the same case, it only weakens the case against corrupt people. The final beneficiaries of this confusing system are the corrupt people who never get punished.

That is why, despite so many agencies, corrupt people rarely go to jail. Corruption has become a high profit zero risk business. There is absolutely no deterrence against corruption.

Our anti-corruption laws also have several critical deficiencies, which end up protecting the corrupt.

Even if a corrupt person is sent to jail, there is no provision in law to confiscate his ill gotten wealth or to recover the loss caused by him to the government due to his corrupt practices.

Before initiating investigations or prosecution into any case, permission has to be taken from some officer or minister in charge of the same department. In many cases, they themselves are directly or indirectly involved in that case.

Therefore, there seems to be too much protection for the corrupt people. There are many other deficiencies in our anti-corruption laws. The above have been mentioned only by way of illustration.

Jan Lokpal Bill seeks to address these deficiencies in anti-corruption agencies and the law.