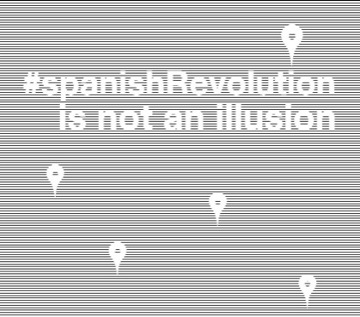 The two major parties in control of Spanish Congress (PP and PSOE) announce that they have agreed to change the Constitution to include a maximum expenditure of 0.4% GDP on public spending. This is the first time in thirty years of the current democratic situation that the Constitution will be modified. They also plan to do so in the fastest way possible, looking to calm the market forces that are predicting doom regarding Spanish debt. Therefore, they have called for an extraordinary voting session for next Tueday, 30th of August. This has fueled an already incensed population who demand to have their say on issues in which they believe they are directly involved. As a result, the web is already alive with calls for protests so that the general public is taken into account for such an important decision. Groups of activists in Spain are already planning for protests this weekend in front of Congress. The hashtag #yoquierovotar (“I want to vote”) has been a storm of outraged voices, calling for the political class to stand up and defend their right to participate by blocking the proposal unless a referendum is accepted.

The initiative was proposed by President Zapatero and immediately backed up by the conservative opposition party PP. Already, however, voices of dissent have emerged outside and inside the Government party, with politicians stating that doing it so rapidly is going against their personal beliefs. According to Spanish law the measure needs 10% of support in Congress (35 congressmen) or in the Senate (26 senators), if not, a public referendum is mandatory.