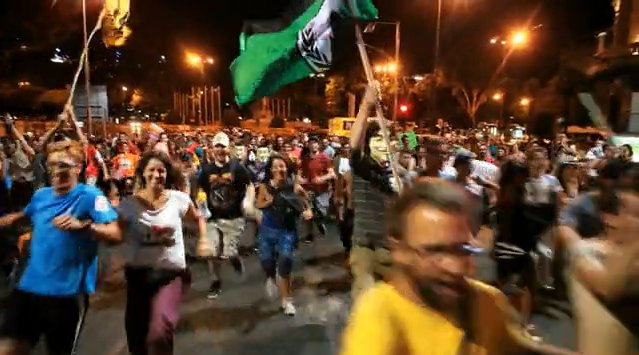 Western Europe drowns under political and economical crisis. In May 2011 in Spain hundreds thousands of people, describing them self as indignities, organise them self in to society, that demanding changes in political and economical system.
Events that took place in recent weeks mobilise European social movement to take part in big march from Spain, Greece, Portugal, France and other countries to Brussels. Next meeting is predicted on the 17th September in Paris, further one on the 8th October in front of European Parliament. Organizers of the ‘indignities’ march also announcing global demonstration on the 15th October.