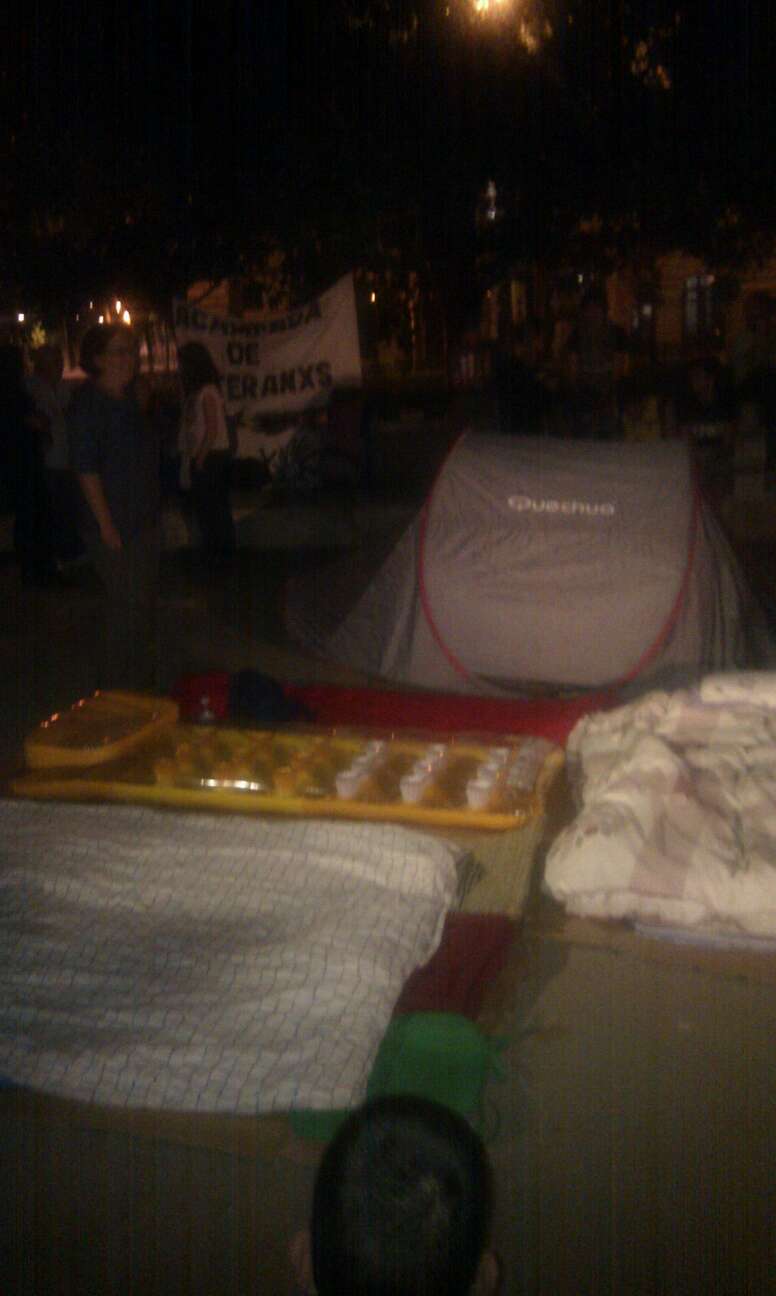 In that context, last sunday during an assembly held at Sol a man, aged 70, coming from one of the neighborhoods did a proposal, a camping for the eldest people. The call to camp was to people from over 60 years old, today the first 6 eldest, Pilar, 68 old year old; Román, 76; Ángel, 70; Violeta, 59; Juan Felipe, 60; Lázaro, 70 have camped in Pso. del Prado, near the Spanish Parliament.

In a cheerful mood, people helped them to set the tents, mattresses, sleeping bags to spend the night in the open air. They’ve said “we do it for you”. The rest of the people were excited and very proud of them and everybody is going to support them in every possible way.