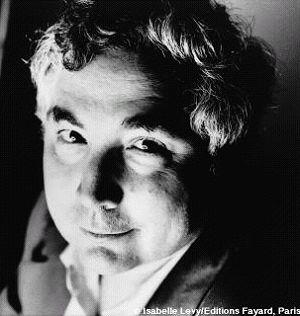 Translation of the conclusions of the speech in Spanish  of the sociologist Manuel Castells, professor at Berkeley University  (California) and researcher at the Open University of Catalonia (UOC),  on May 27 at the # AcampadaBCN – Plaza of Catalonia – to support the  camps around the world and enumerate the conditions necessary to achieve  real democratic change. Short version of the conference (in Spanish) http://www.vilaweb.tv/?video=6848 Complete version (47 minutes) http://www.vilaweb.tv/?video=6847

“Fearful around the world, but united in the Web”
We  are in a society where everything needs to be fast, but when we arrive at  home we collapse. Therefore we should do what we want to do, like for  instances create a new democracy, but slowly. Nobody is in a hurry, we have  to make history, there is not need to rush. Others can run, we don’t,  because we are advancing systematically. If not we will become the  rabbit from Alice in Wonderland, running always with the clock. My long experience  in social movements, starting with the May of 68 in Paris, where I  participated actively, tells me that what we are living here, and in 706  camps more around the world, has substance, has roots, and whatever  forms it takes and whatever will happen, this movement will continue. It  will attempt to bring profound changes. Precisely because it is a  movement of people not of organizations. People are neither created nor  destroyed, only transformed. But is not going to be easy. When the  powers that be realize what is going on is serious (because for the  moment they don’t believe this is serious), they will react. And they  will react probably violently because there are too many interests at  stake. That is why it is essential that this process be slow and profound to  reconstruct democracy. It must also have non-violence as a fundamental  principal,  which is already expressed and put into  practice.
Non-violence is  fundamental. What camps are proving all over Spain, is that after 11 days  there has been not a single violent incident. And until the police come,  there is not going to be violence. To the likely violence from the  system, we should propose people use non-violence. To do this, a lot of  courage is needed, because to reply to violence with violence, is to  respond from fear: you are attacked and you defend yourself. We will need  to help people who would be so scared that would became violent. We  should help them to advance towards a superior level of courage, which  requires one to overcome fear. Overcome fear from the acceptance of the  fundamental fact that fear is a part of life. The only way to  overcome fear is by leaving solitude. Fear is a disease caused by  loneliness. The only cure is joining others. And without fear and  without violence, all is possible. Some days ago,  I asked a good  friend, and a great neuroscientist, Antoni Damasio: “Do you think it is true  that if we overcome fear things would change?” And he replied “Absolutely” because fear is human nature  and have to recognize it.
Therefore if now I had to propose a slogan, I  would say: Fearful around the world, but united in the Web. United,  because together the only thing you can lose is your fear. And if we do it, this may be the start of a new  participatory Internet based democracy, yet to be invented, which will be born. Thanks for your attention, and we can continue discussing this after the talk.