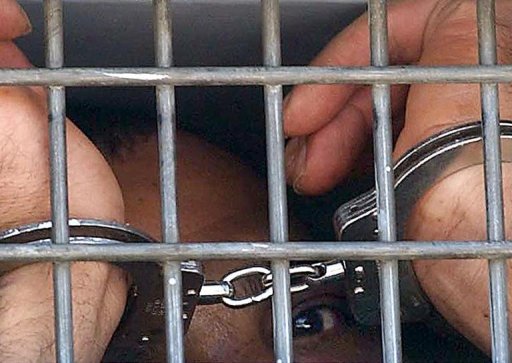 We have been asked by our comrades in Egypt to share and spread information about the repression of political prisoners occurring there. This article contains content that was originally published by End the Military Trials for Civilians.

On becoming the de facto rulers of Egypt on January the 28th, the Supreme Council of the Armed Forces (SCAF) instantly implemented an unjust and illegal system of military justice. Thousands of Egyptian civilians have been subjected to quick, covert trials in military courts, often without access to a lawyer, an opportunity to review the evidence against them, or to bring and examine witnesses, and with limited avenues of appeal.

The first trial and conviction of a civilian in a military court was on January 28. His name has still not been released. Since then nearly 12,000 have been tried, including several minors who have been given prison sentences to be served in adult prisons.

According to General Adel Morsy, head of the military court, 18 people have so far been sentenced to death. This behaviour is in stark violation of the International Covenant on Civil and Political Rights, which obligates states to protect and ensure the right to fair trial and freedom of expression. Egypt is a signatory and SCAF vowed to uphold all of Egypt’s standing international obligations.

“The proceedings do not protect basic due process rights and do not satisfy the requirements of independence and impartiality of courts of law. Defendants in Egyptian military courts usually do not have access to counsel of their own choosing and judges do not respect the rights of defense. Judges in the military justice system are military officers subject to a chain of command and therefore do not enjoy the independence to ignore instructions by superiors.”

As well as receiving extensive prison sentences, detainees have reported several serious violations of their human rights, including torture and forced virginity checks.

A NEW CENSORSHIP
The systematic targeting of journalists, media figures, bloggers and activists by the Military Prosecutor shows a clear attempt to impose a new form of censorship on Egyptian citizens. High profile figures such as Reem Maged, prominent television journalist, and Hossam El Hamalawy, journalist and activist, have been summoned to the prosecutor simply for criticising the military police. Public pressure seemed to prevent further action being taken by the Prosecutor.

However, lesser known activists have been prosecuted and jailed. The most pressing example is Maikel Nabil, a blogger sentenced to three years for “insulting the military establishment” and “spreading false information” in a blog post entitled The People and the Army were Never One Hand. He is now entering his 63rd day of a hunger strike, demanding that he be tried by a civil court. On his re-trial on October 18th he was ordered to be transferred to a psychiatric hospital. Nabil has vowed he would rather die than submit to the inequity of the new regime of military justice.

If SCAF is not pressured into complying with their own human rights rhetoric, Nabil will surely soon be dead.

MASPERO AND AFTER
On October 9, army forces attacked a peaceful march demanding better protection for Egypt’s minorities – the Coptic community in particular. At least 25 people were killed, mostly Christians, by military gunfire and by armoured personnel carriers, which drove through the crowds.

SCAF issued conflicting excuses and justifications for the killings, while avoiding culpability by placing blame on “foreign hands” and “instigators” and many demonstrators were also arrested and are now facing military trial.

This marks a significant turning point in our ongoing revolution. Fair reportage of events has been suppressed, to the point that noted television host Yousri Fouda has suspended his show, The Last Word, in response to ongoing censorship exerted by SCAF. Similar pressures have been exerted on several television figures as the few remaining spaces for dissent are clamped down on. October 24th Prominent bloggers Alaa Abd El Fattah and Bahaa Saber are summoned to the Military Prosecutors office. The probable charges are “incitement to violence and destruction of public property”.

This summons is a further example of SCAF’s crackdown. Abd El Fattah is a respected proponent of free speech and advocate for democratic rights, while Bahaa Saber is a similarly well known activist. Both already spent time in jail for their activism in 2006, while Saber was detained again in 2010 and tortured.

Bloggers Alaa Abd El Fattah was detained for 15 days pending investigation, after his refusal to respond to questions on the ground that the military court is an illegitimate authority and the military is itself accused of involvement in the recent violent events that took place at Maspero.

On October the 30th thousands of Egyptians took to the streets to demand to release of political prisoners and an end to the unjust military trials. (see video) For up-to-date information please see the twitter hashtag #freealaa and this website http://en.nomiltrials.com/.

WHAT YOU CAN DO?
Plan a solidarity action at your occupation or in your city.

Post pictures of detainees on the walls of Egyptian embassies.

Prepare for a global day of action outside Egyptian embassies to protest SCAF’s hijacking of our popular revolution.

Write to your congressman, senator or parliamentarian. One of the few areas that SCAF can be pressured is their dependence on American foreign aid.

As a member of your electorate I urge you to make immediate statements and take immediate steps to voice your opposition to Egypt’s Supreme Council of the Armed Forces’ escalating crackdown on the legitimate right of Egyptian citizens to peaceful protest and free expression. Since January 2011, over 12,000 civilians have been subjected to speedy and unjust military trials – a form of justice widely condemned by international human rights organisations such as Amnesty and Human Rights Watch.

Our government must stand by its public statements and act to support the Egyptian people’s demands for their human rights and the rule of law.