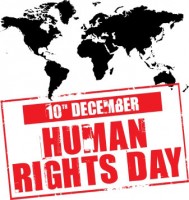 We started the X squares meeting with updates on the  global week for  financial  alternatives:
Streaming from the G20 at Nice/Cannes are available on bambuser.com/channel/acampadaparis_int
Around 600 people attempt to set up a camp in Paris today in the Defense (a very big business area) but was repressed by the police and few of them arrested. Live1 Live2
The assembly of Paris support the Transition Day!
There’s actually a new camp which started on 15O  in sao bento, Lisbon, in front of the parlament. ocuparlisboa.com
The assembly of Lisbon support the Transition Day!
The 5th. of November in London thousands of Anonymous will march to Westminster, surronding the parliament. Facebook
The Jarrow march who crossed all England by the north is in London since three days and organize marches and conferences until the 5th.
The assembly of London support the Transition Day! opcashback.wordpress.com
Tomorrow and Sunday, mobilisations on financial alternatives will be organized in Amsterdam where the camp is growing occupyamsterdam.nl
One event started in Germany during this week (also for nov5): it consist to “print out a text for real democracy, and on the 5th of November, show it wherever you are.” so it’s all about the power of words and texts, and  allows a lot of room for own creativity. more info 5november2011.wordpress.com
The German assemblies support the Transition Day!
In Nijmegen (small town in the Netherlands) 15-25 young people are camping, but they don’t know much about the proposals from global  networks.
The assembly of Ljubljana support the Transition Day! But unfortunately they don’t have “ethic” banks.
Most people are focused on early parliamentary elections which take place the  4th of December.
In Brazil the campers are not well informed but people are trying to  integrate them in the Global movement.
More details about each city in the minutes (down)
We worked on the organization of the 48H virtual assembly for financial alternatives:
Two people will try to take the minutes during the weekend but we invite everybody to write is own proposal in this pad https://n-1.cc/pg/pages/view/890223 and a maximum of people to collaborate in the retranscription of the debates during this 48H . Some people will also try to moderate the debates but we call to more participation.
Few people introduced the call to their assemblies but some of them will do it during this weekend, it would be useful that the squares who will realize streaming during this two days open a debate on financial alternatives and promote this brainstorming, we also created a Facebook Event and the tag #globalassembly to make it viral.
You can also contribute to make this initiative succeed spreading the call http://takethesquare.net/2011/10/31/48hours-global-assembly-on-financial-alternatives-call-to-all-the-squares-on-nov-5-6/ to everybody.

This week some occurred some discussion about the improvement of the Global Network and the logical union with the new Occupy movement:
Some proposals was made in this pad https://n-1.cc/pg/pages/view/891711 but we made the distinction between platforms of participation, platforms of informations, and decision making systems.
About the global coordination/participation, a majority of participants was using the social network N-1 who know a big success in the social movements since the 15M but it miss some translation and the usability is not so friendly, everybody can collaborate to the development of this open source and a group of international software programmers are now united in a mailing list (who include people from n-1) to work on other future platforms. Take the square stay really open to revolutions, changes and dynamism, and get ready to move on when it will be necessary again.
Information is our strong point, the way that we absorb it, digest it and spit it out. Takethesquare.net stay the first global website and we have to continue his promotion and facilitate the collaboration via the “Squares” mailing list and not by private contacts, we are for the open source, a real global network, improvement of communication, so let’s share everything!
We integrated this information in the call http://takethesquare.net/2011/10/17/welcome-to-the-global-network-an-invitation-to-all-the-assemblies/ inviting the cities to send their information to the mailing list with a maximum of official texts, communicates, calls, photos, videos… But we are also open to groups and individuals because the personal reports are very interesting.
We call for translations of this call in this platform
We started a list of experts to put in common our talents and facilitate international projects  https://n-1.cc/pg/pages/view/900264 please help to make it growing 🙂
One of this project already supported by Takethesquare is the “GlobalSquare 11.11.11” (non official name), it will be a directory of  current resources archived and detailed (users, aims, visitors, tutorials…), and we invite you to participate here https://pad.riseup.net/p/HrIMwA9ZfE
More info: http://gst.maito.name/occupy/squares/
Contact: info@theglobalsquare.org