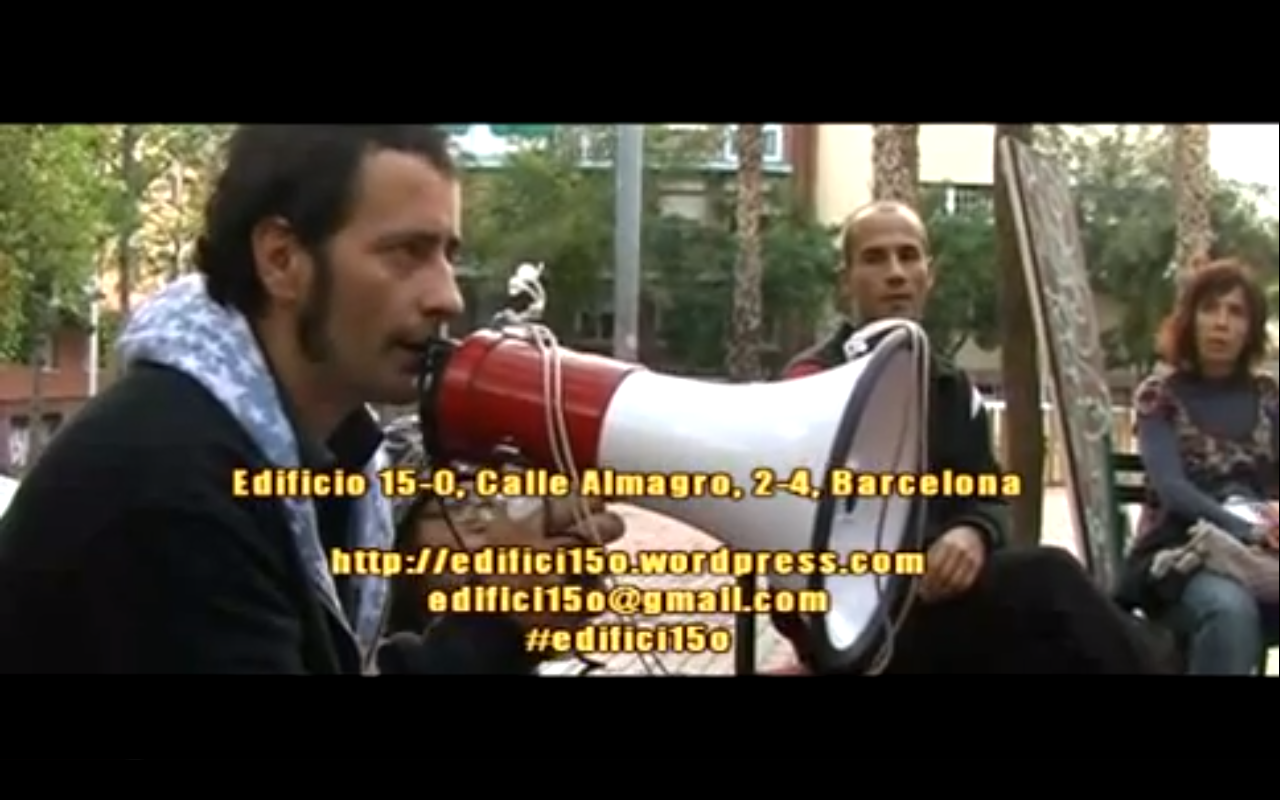 I want to tell you about some events that will happen in Catalonia and concrete in Barcelona because a lot of people think that it can be an example for the international community to get ideas and proposals. I personally think you’ll be interested on how big is the movement here and how many power to mobilize people on radical actions it has after six month of activity.

First of all, now the International Commission of Barcelona is renewing all the ways of working to make possible to show what’s happening in the city,
Catalonia and Spain.

As a little introduction I’ll say Barcelona was active since the first day and continues mobilized at all levels from local problems in neighborhood to international topics every day like most big cities in Spain. I see how the movement has evolved to radically change the mind of the people. The movement is fighting for education, healthcare, housing and all the big topics specially since the local government started to cut the budgets to extreme levels.

This week is crucial for many reasons:
– It started with the elections that, as you may know, are called before the normal date because of the government internal crisis. So the plan is to teach the people how to vote what they really want or how to protest if they don’t agree with the possible choices.
Summarizing, just teaching the people how to think and be critic.

– The students assemblies (from the movement) decided to strike on Nov 17th. It’s a big fact, because here in Spain the power to call for strikes is owned by the unions, that are government-controlled with money, so it’s the first strike 100% made from the grassroots and a big approach to the
general strike or the european strike. It’s not only a passive strike, the idea is to block the universities (and some high schools joined, because the teenagers are also organizing and doing their revolution). I don’t know the details of the plan, but I’ve heard about street cut and lots of radical non-violent actions to block the activities.
Moreover, all the people who runs the universities (monetarily speaking) are really really angry and working to avoid a success of the strike. Some
people expect violent response from the authorities, the rage of the politicians and much media manipulation (nothing that can stop us :D).

– Finally there are space releasing actions. This means occupation of entire buildings or apartments. The idea is to make this spaces useful for the people. The objectives are properties of banks and organizations that can not make any use of them nor sell them, and all were abandoned for many months or years.
As previous reference we have the “edific15o” or “edificio 15o” which means “15o building”, this entire building was a clear objective so we took it on
15o and then gave it to families that really need a house and have no opportunities. It’s internally organized on legal matters, communication, activities for the neighbors and many other groups to maintain the occupation and also defend it with the only way we have to avoid the law: having no people against the occupation, but in favor, and the consequent legitimation of it in front of the court and everywhere; only one voice against, the bank for monetary reasons, not big as the human rights.
I’ve heard something like the judge said: the families are not occupiers, there’s an occupier group that decided in assembly to gave the building to them, so they’re the responsibles and the families can stay for now…
Since this project working well there are more families needing help and it’s decided this week to occupy more spaces to make them useful, there are
well organized working groups with experts on all the related topics to make this possible.