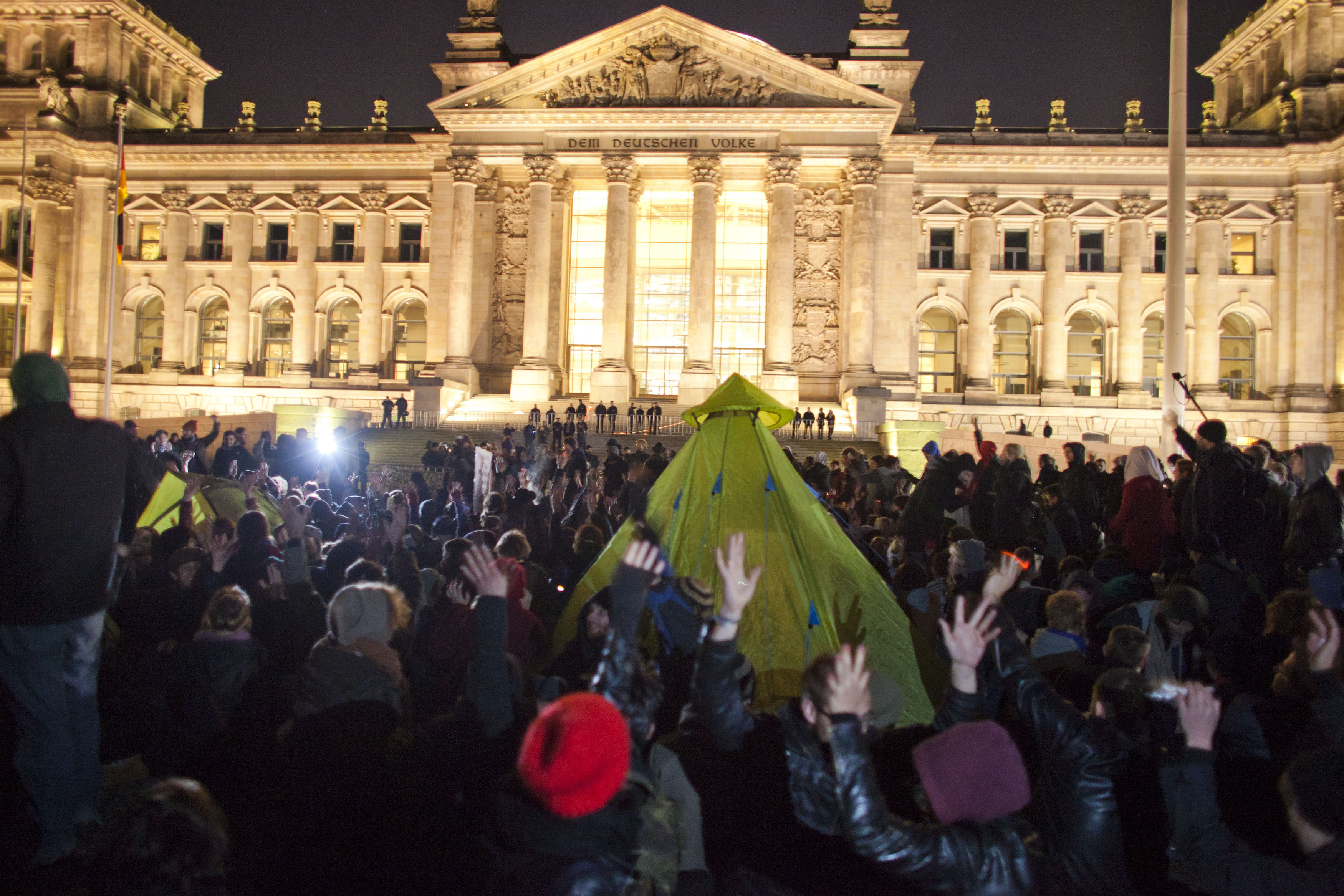 In October and November 2011, the activities of the movement in Berlin continued.
After an impressive first rally of ‘Indignadas’ and ‘Indignados’ on May 21, 2011, a number of other assemblies and actions followed.
Tents were set up at Alexanderplatz on August 20 following a small party. Although the Police did not allow the tents to stay, a group of activists remained there for a week.
An assembly took place on September 17, in front of the Berlin stock exchange, in solidarity with the “Occupy Wall Street” movement in New York.

On October 15, several thousand people in Berlin joined the international day of action. Spontaneously, activists occupied the grass in front of the parliament building during a demonstration and started an assembly there. The police brutally evicted activists trying to set up tents in front of the Bundestag (parliament building). However the activists returned to the Bundestag every day, and now they have set up a camp at “Bundespressestrand”, a sand area near the main station.
The premises belong to the Ministry of Finance and are currently leased to a woman who ran a bar until November 30th.
Several demonstrations followed, for instance on 12 November 2011, where about 8000 people formed a human chain around the parliament buildings in Berlin, and simultaneously, 10000 people encircled the banks in Frankfurt am Main.

Further protests are planned on November 17th in Berlin, where students, pupils and others will join the “education strike”.