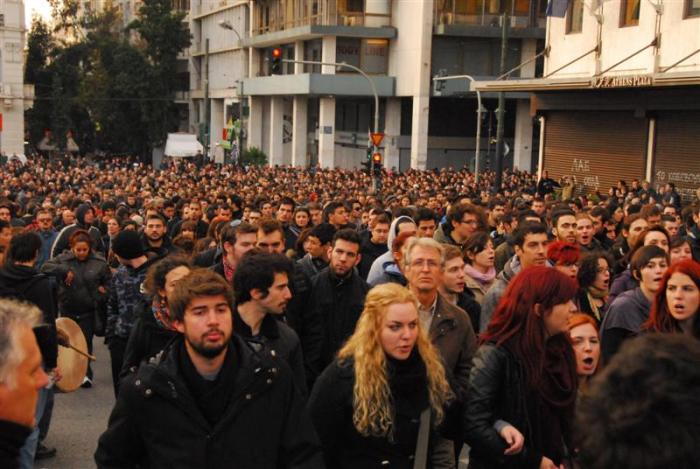 On the 38th Anniversary of the Polytechnic school uprising in Athens, the annual march took place, starting from Polytechnic University and ending to the American Embassy with participation of thousands of protesters.
More than 50.000 protestors participated to the demonstrations to send a strong message to the new government, that they are opposing austerity measures and they also do not recognize the government because it is unconstitutionally appointed and not elected by the people.
The thousands of protesters held banners with anti-government slogans, and the whole demonstrations were very dynamic.
There were few clashes between Riot Police and “Anarchists”, near the American Embassy.

We upload photos on realdemocracygr.wordpress.com