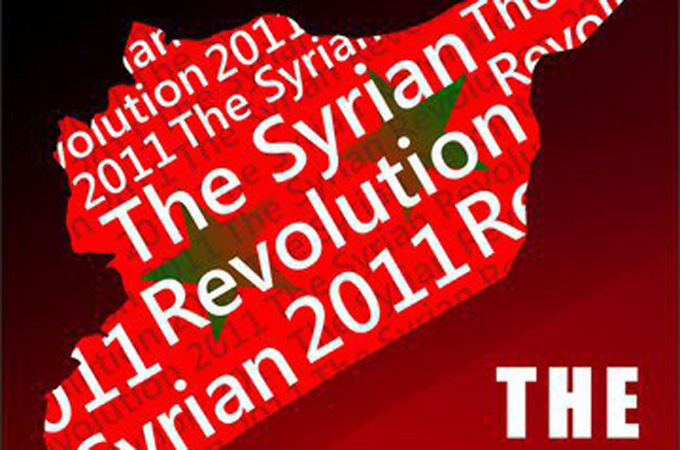 Syrians continue to be victimized, not only in violent clashes with the Syrian military, but also by regional and international players with various agendas.

Protests in Syria began on January 26, and a more inclusive uprising was set in motion on March 15. The initial demand was for serious political reforms, but this was eventually raised to a demand for full regime change, encompassing the unconditional departure of President Bashar al-Assad and his Ba’ath Party, which has ruled Syria for decades.

Soon, there was a deadlock. The uprising failed to weaken the links between the regime, army and other security agencies. It also remained confined to areas outside the two most populated cities, Damascus, in the southwest, and Aleppo in the north.

On the other hand, protests seemed extensive and prevalent enough to reflect a real sense of outrage at government practices, which grew with the reported deaths of Syrians all over the country. Despite a relentless military crackdown, and the killing of 3,500 Syrians (according to a recent United Nations human-rights office report), the government has not been able to quell the uprising, nor to provide a convincing political initiative that could spare Syria further bloodletting.

It could be argued that the impasse originated in Syria’s own political culture, espoused by the Ba’ath Party’s legacy of shunning dialogue in times of crisis. More, those who ultimately designated themselves as Syria’s opposition remain largely divided, and often seemed to provide conflicting roadmaps for achieving democracy.

Earlier revolutions in Tunisia and Egypt were spared the terrible fate of people’s priorities becoming merely another agenda item to be decided by outside powers. Both revolutions had quickly reached the critical mass required to topple their dictators, denying outsiders the chance of meddling in the outcome.

The situation in Syria, however, developed at a different pace. The uprising lacked the full support of the urban middle class. The army neither broke away from the ruling party, nor remained neutral. Additionally, months of violence – in which a successful Western military intervention in Libya toppled the regime of Mummer Gaddafi – provided outside powers with the needed time to position themselves as the caretakers of Syria’s future. In other words, a popular uprising was decidedly hijacked and is currently being managed from Western and Arab capitals.

It was as though ordinary Syrians began realizing that their vision of achieving revolution from within was futile, and they bought into the illusion that only outside intervention could bring lasting change. These voices were emboldened by members of the Syrian National Council – seen as the lead opposition to the Ba’ath regime – whose behavior seemed to model that of the Libyan National Transitional Council.

The latter had blithely welcomed the North Atlantic Treaty organization (NATO) to Libya, initially to “protect civilians” from possible Libyan army retaliation, but eventually to carry out an airstrikes campaign that largely increased the number of deaths in Libya.

Adopting a model that rationalizes foreign intervention – which is incapable of exacting change without extreme violence – will bring horrible consequences for the Syrian people and the whole region. With the Syrian government failing to win the trust of large segments of the Syrian population, the opposition’s growing dependency on outside forces, and some Arab media networks fanning the flames of sectarianism and civil war, the Syrian deadlock is morphing into something even more dangerous: a Lebanon-style civil war or a Libyan-style foreign military intervention.

The fate of Syria is no longer likely to be influenced by the Syrian people themselves, nor by their government. All eyes are now on the United States. US Secretary of State Hillary Clinton tried to clarify the US position in her recent comments. In the case of Libya, NATO and Arab countries banded together “to protect civilians and help people liberate their country without a single American life lost”, she said.

But in other cases, as in Syria, “To achieve that same goal, we would have to act alone, at a much greater cost, with far greater risks and perhaps even with troops on the ground.” For now, according to Clinton, US priorities in the region would have to remain focused on “our fight against al-Qaeda; defense of our allies; and a secure supply of energy”.

Russia and China, worried that another US regime change venture could jeopardize their interests in the region, remain steadfast behind Damascus and critical of the factions that oppose the Assad regime. “We are concerned with news of ongoing aggression by extremist gunmen such as those which took place in Homs, Hama and Idlib in recent days with the provocative aim of forcing security agencies and the army in Syria to retaliate, and then launching a campaign via international media outlets,” said Russian Foreign Affairs Minister Sergey Lavrov in a recent statement.

The lines are thus drawn, between a US-led Western camp and Russia and its own camp, which vehemently rejects a repeat of a Libyan scenario in a volatile region of unmatched geopolitical significance.

Whatever the outcome of this tussle, the Syrian uprising is increasingly being deprived of its own initiative. Currently, the issue of Syria is being entrusted to the Arab League, which lacks both credibility (since it is too divided between regional interests) and any history of successful political initiatives.

On November 2, Syria announced that it had agreed to an Arab League plan which called for the withdrawal of security forces from the streets, the release of prisoners and talks with the opposition.

However, after this did not happen and the violence continued, the Arab League voted on Saturday to suspend Syria’s membership.

At the same time, King Abdullah of neighboring Jordan urged Assad to stand down. He told the BBC that if he were in Assad’s position, he would start talks to ensure an orderly transition.

“I would step down and make sure whoever comes behind me has the ability to change the status quo that we’re seeing,” King Abdullah stated in an interview with BBC World News television.

Despite the Arab League’s decision to suspend Syria, it is very probable that some Arab countries are keen to employ the league in a similar fashion to the way it was used with the war on Libya: a mere springboard that eventually allowed NATO’s war to take place.

Signs of such a scenario are becoming clearer, especially following the league’s vote to suspend Syria. In a New York Times editorial on November 8, the role of the Arabs seems to be confined to just that. The Arab League “should eject Syria and urge the United Nations Security Council to condemn Mr Assad and impose international sanctions against the regime”, the Times counseled.

“Russia and China will find it harder to block a Security Council resolution – as they did in October – if the Arab world calls for action that goes beyond the sanctions already imposed by the United States and Europe.”

And so the saga continues. If Syria doesn’t wrestle its fate from the hands of these self-serving forces, the Syrian uprising and Syria as a whole will continue to be marred by uncertainties and foreboding possibilities.