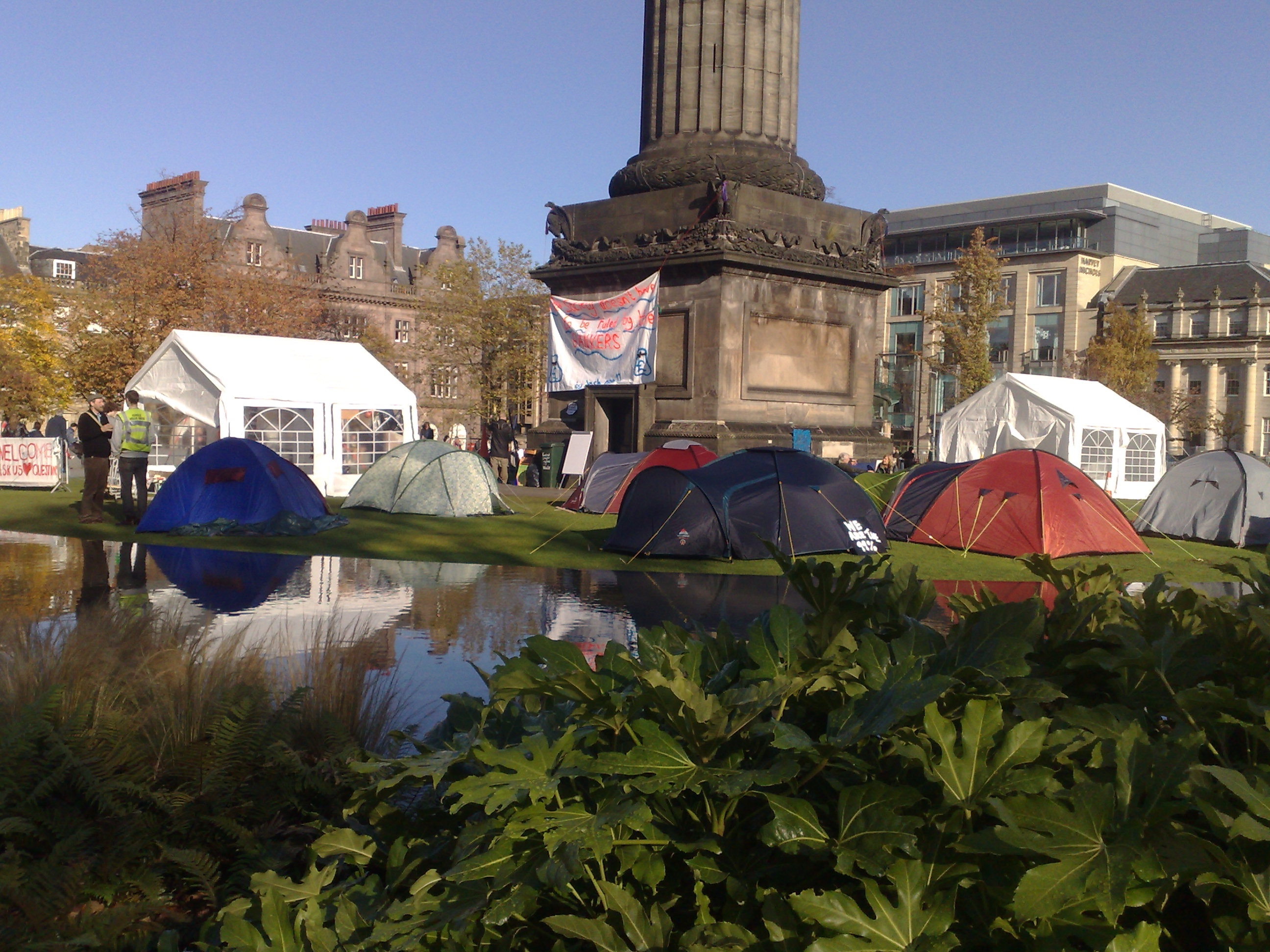 We at Occupy Edinburgh are genuinely ecstatic to bring you some important news:

We are pleased to announce that Edinburgh City Council has set a worldwide precedent by voting in favour of the motion to support the aims and sentiments of Occupy Edinburgh and the Occupy Movement as a whole. This motion was presented by the Scottish Green Party, was seconded by the Scottish Labour Party and was slightly amended by the SNP and LibDems. The only party not to back the motion was the Conservatives.

We regard this as a fantastic step forward in the opening of dialogue with the Scottish government. With this historic decision, Edinburgh City Council are setting an example in local administration, as well as sending a message to the governments in both Holyrood and Westminster. They have shown willingness for open dialogue and respect alongside a fundamental commitment to the concerns of the people they are elected to represent. The current systems for economy and resource distribution are grossly outdated, and as the people educate themselves we begin to demand changes. Symptoms such as the “austerity/bailout” response of our government only serves to solidify the attitude of cynicism toward our current economic system, which has already moved far into general acceptance. Local Councils are the first step in the re-population of democracy, and should be following the example of Scotland’s capital by aligning themselves to a grassroots paradigm that places people and community before profit and unsustainable growth. The Council recognises the aims of the ‘Occupy’ movements throughout the world and understands that they are an attempt to redirect economic decisions to be more orientated toward the poor and disenfranchised which is a sentiment the Council endorses.