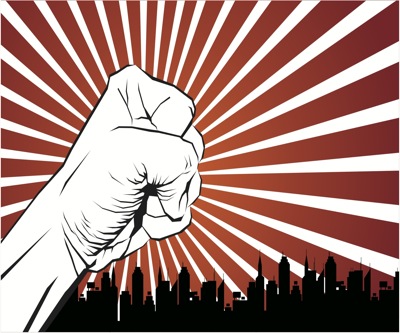 This Friday January 6 at 6 p.m GMT on webchat.freenode.net channel #takethesquare

This meeting permitted us to join contacts, to exchange about our local situations, to put in common our information on dedicated global platforms and to work together on the proposal for a  transnational strike which should be ready for AgoraRoma.
We invite a maximum of cities to create local outreach/labor/strike committees and to participate physically or virtually to the discussion in Rome.
Everybody can collaborate to the minutes here where you can still put informations, especially if you didn’t assist to the meeting, or continue to chat.
If you click on 15M Global Strike at the top left you can join the group and put more content (videos, pictures, files…) and open forums, sub-groups or wikis.
Thanks for your participation, don’t hesitate to ask for questions.

[18:10]
There has been a lot of buzz about May this week in London. I get the feeling that people want something big to look forward to. 2 e-mail threads, people speaking about it on the ground and sounding very enthusiastic. Well just the idea of an international day of solidarity in May.
We are going to go with May 1st Unite, May 12th Act, May 15th Strike.
[22:34]

[18:15]
In the UK there’s always been a Labour Day bank holiday in May, but this year it’s been arbitarily moved to tack onto the Queen’s Jubilee celebrations, this is an obvious opportunity to reclaim as a strike flashpoint, it’s been moved to June. So action on the day it should have been is a popular date.
I’m in Cambridge, we’re having our first meeting in the city on Sunday, but there are very few people willing to actually do anything here. There’s a IWW local group and a Transition Towns group we ought to talk to, etc
But most people are so massively apathetic, especially about unions; it’s all ‘keep your head down and maybe you won’t be downsized’ in the office-workers’ world

[18:25]
In barcelona people talk about it in the street and on the net, few commissions are working on it but international work on a project of massive exodus from the central squares to the villages, repoblation project, legal and communication will cover the strike, members of action, pirate, comunication, international, alternative economies are now part of the group 15M general strike
In barcelona quasi all of us will leave until and of february so the next meeting will take place in one month with the final proposal translated in spanish and catalan.
You have also the commission strike and mobilizations http://acampadadebarcelona.org/index.php/ca/comissions/vaga-i-movilitzacions
With the unions its looks also good, the anarchists are already with us and the radical left are talking with us. I told with some of them but we didnt joined the projects for the moment because evrything will start in february.
[22:33]

[18:28]
In Valencia we are afraid that we can’t force a strike if the labor unions don’t do it. We spoke about how to force the leaders, but it will be difficult. Our situation in spain is quite hard right now. And we are pretty sure that it will be harder in few weeks.
[18:33]

[18:52]
OWS has a Labor Outreach, affinity groups are also working at strengthening ties to certain labor focused groups.
We are making contact with some anarcho/syn cover groups in the US. The main umbrella group isn’t a labor union.
http://workersolidarity.org/
http://www.iwa-ait.org/
http://www.iww.org/
[20:42]

Proposal from franckfurt http://www.dazwischengehen.org/en/story/2011/12/dear-comrades-and-friends-indignads
« We suggest that we get ourselves going on May 15th, 2012, the anniversary of the first large meeting in Madrid. On Wednesday, May 16th, the ECB’s Governing Council meets in Frankfurt. Friday, May 18th could be our main Day of Action: In several European countries, many people are having a day off because of a previous holiday, while banks and businesses are open in Frankfurt, so we can effectively interrupt the businesses. On May 19th, a major European demonstration could follow. »

22H30 OFFICIAL END OF THE MEETING