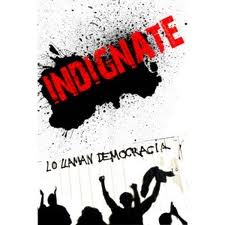 After the decentralization to the neighborhoods and the eviction of the camp by the police, the General Assembly of Barcelona has become only informative and takes place every month in Plaza Catalunya.  All the decisions are now taken in 23 active neighborhoods in the city, during their weekly assembly coordinated by ‘inter-barrios’ group every month.  There are also ‘inter-pueblos’ assemblies to coordinate the villages around the city, 15M Catalan meetings and national meetings (preparing for the fifth edition https://n-1.cc/pg/elggman/554572/1033498/1033499), as well as the regular ‘Mumble’ virtual assemblies.
We assist to a phenomenon of rejection of the square and the General Assemblies held there by some neighborhoods who judge it illegitimate while others think that we need a central point of coordination.
The commissions continue the work online and in Aurea’s; a building shared by the owner with the movement and the Holistic Cooperative of Catalunya (C.I.C. http://cooperativaintegral.cat/es).
There is also available a meeting space in a building overlooking Plaza Catalunya, through Nova.cat (http://nova.cat/), an organisation working on social innovation.
Every friday an ‘inter-commissions’ meeting takes place, where commissions such as International, Press, Communication, Dynamization (process), Economy, Culture…  and work groups meet.
Some neighborhoods have their own commissions (health, environment, education…) that work on a more local level.
The movement is very active on the streets with demonstrations practically every day, organized by the different commissions (migration, education, health…) and neighborhoods.
For example, the ‘old people’ commission has created their own ‘direct action group’ named the ‘Yaioflautas’ and occupied a bank as well as having lots of activities and workshops.
The Health commission of Corneya neighborhood is occupying a hospital there, threatened to be closed down because of social cuts programme and the ‘platform for decent housing’ opened a few squats during October 15th and before the elections to relocate evicted families.
The group ‘AgoraBcn’ are maintaining daily activities, actions and assemblies in Plaza Catalunya since the eviction of the square like the occupation of the stock market in September.
Some of the main projects of the movement are: a citizen public debt audit campaign, referendum for a new constitution and its elaboration, a network of reoccupied villages (enREDadxs), popular referendums on five issues that affect spanish society, right to rebell and 15M Global Strike.
There is also the march for dignity to Athens (arrival mid may), which will continue at least until Jerusalem, and that has just leaft Rome after holding a one week social forum there.
http://www.scoop.it/t/march-to-athens