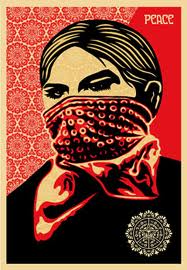 Pablo González Casanova, now nearly 90, is a former rector of UNAM (National Autonomous University of Mexico). A sociologist, academic and researcher, he is one of Mexico’s most respected intellectuals. This article was his contribution to the recent seminar “planet earth: anti-systemic movements” held in Chiapas on the 18th anniversary of the Zapatista uprising.
(Many thanks to Neli for her translation of this very difficult article)

“The Zapatista movement walks through the whole world, not as an echo, but as the voice of the same thoughts and desires”

If we consider the knowledge and actions of a worldwide movement such as the “indignados”, we soon notice theoretical and practical problems considerably different from those raised within academia, parties or governments. Fortunately, we have the opportunity to enrich our knowledge through the questions people ask and the answers they are given.

The new peoples’ movements propose a democracy that corresponds to the decisions of the people, and that if it becomes distant from the people, it ceases to be a democracy.

Impoverished and excluded “indignados” and “Occupy movements” formulate theories that contain strong empirical support. These consist of explanations and generalizations, based on a great quantity of experience. Knowledge, arts and techniques that correspond to the knowledge and the ways of being of the people; that knowledge which the anthropologist Andrés Aubry so exalts, in which, instead of the individualistic “I”, the Tojolabal “we” appears, that concept rescued by Carlos Lenkersdorf for the philosophy of human solidarity.

Theories and practices have much of the particular and also of the universal …And I do not exaggerate. Think of the huge “indignado” and “Occupy” mobilizations which are struggling for another possible world. Today –two admired English professors write–, the mobilization is gigantic. Never before has one of this magnitude been presented, and all the mobilizations (they add) “began in the jungles of Chiapas with the principles of inclusion and dialogue”.

Thus we see that “from below and to the left”, and from the tropical forests, a movement is arising that not only fights to defend the rights of indigenous peoples, but also for the emancipation of all human beings.And this universal movement, amidst all its differences, faces similar difficulties. Moreover, it finds similar solutions through the creation of another world and another culture, so badly needed, which the peoples of the Andes call “living well”, whereby “the well-being of some does not rely on the bad living of the rest”. (el vivir bien de unos no dependa del mal vivir de otros”).

To the contributions provided by the American Indians, many more are added, corresponding to the experiences of different cultures and histories, which all make up the world history of the struggle for freedom, justice and democracy; the slogan the Zapatista movement uses walks through the whole world, not as an echo, but as the voice of the same thoughts and desires.

And there are the Greek youth fighting against the tribute of foreign debt; the movements of the Arab spring that the military cannot force to compromise; the Spanish “indignado” assemblies that articulate vital interests that the system can not satisfy; the young Americans occupying Wall Street as the centre of corporate power we all struggle against; the young Chileans who give up their lives so their schools and universities are not taken away.

In all these demonstrations there is a lot in common. All, or almost all, agree with “inclusiveness” and “dialogue” and, in increasing numbers, with the idea that corporate capitalism is the source of all the problems that affect and threaten humanity.

And it is in the midst of the richness and novelty of this global movement that a series of reflections coming from below and to the left have been understood, and a response arises seeking the triumph of the indignados and the poor of the earth.

The richness of the reflections and calls is huge; it demands attention, and a deepening study; I here list briefly some of these calls which we must now work on:

1. Above all the call to lose fear, which the Zapatista movement has highlighted as a requirement for thought and action.

3. Setting out with whom -we do it- in the different circumstances.

4. To clarify our internal differences with a new style for discussion and agreement.

5. The complete rejection of the logic of charity. And also the logic of paternalism, as both of them disguise manipulation. Charity and paternalism are the good side of the authoritarian culture.

7. Take the necessary steps for the project of emancipation to be truly inclusive, and to provide a space for the respectful treatment of differences in race, sex, age, sexual orientation, religion, ideology and level of education.

9. Clarify that networks are not only networks of information. Clarify that networks of collectives and of collective systems have been and will be organized, which will: enable horizontal organizations to predominate over the market and the state, encourage cooperation and solidarity against the individualism of the market, and allow those responsible for governing by obeying to follow the guidelines set by horizontal organizations and never even for one minute to feel above them. At the same time create centralized and decentralized organizations, like the EZLN, like the police from the people of the southeast, and like the municipal autonomies.

11. Constantly update knowledge about contradictions within the emancipation movements themselves, and not only update about external contradictions.

12. Encourage respect for the dignity and identity of individuals and peoples, without falling into individualism or provincialism, and before cultivating universal emancipation.

13. Combat Manichaeism [belief in religious or philosophical dualism], and renew the type of discussions that invoke the classics to understand the here and now, and include their narratives and reflections in the creative memory of our generalizations.

14. Recognize that, in all great movements, the people – for reasons of enormous importance – do not favour violent revolution but massive peaceful occupations of society and the earth.

15. Realise that the 99 per cent of humanity is going to win this struggle, and that its triumph, and the society that will be built, will depend on the ecological creation of a sustainable land system, able to meet the vital demands of a growing population when currently hundreds of millions suffer from hunger and cold, and able to prevent the continuation of an economic and political system in which the industry of war is the main engine of the economy.

16. Identify how to fight and win peacefully in a “broad spectrum” war, as designed by the Pentagon. If one of the “spectrums” is an armed and violent war, we can fight in the others, which cover information technology and cyber war, the war on education, the war on culture, the economic war with foreign debt and derivatives, the social war which destroys the fabric of the community, family and class; the pseudo-scientific and ideological neoliberal war, cynical, re-colonizing and neo-fascist: the war that destroys the biosphere, and the war that sows terror and which accompanies the immoral war intended to co-opt, macro -corrupt and subject a human race which has given up and sold out.

17. Insist that the poor of the earth and those who are with them must challenge the broad-spectrum war in all possible peaceful spectrums: in the realm of education to think and do, in the realm of the economics of resistance that takes care of bread and water, home and hearth, services of health and security: the social fabric of family and community, and of a working class that rebuilds the essential union of regulated and unregulated workers; in the ideological struggle against the corporations, the yellow leaders and the gangs who hide their predatory war behind other no less infamous wars – like those against terrorism, drug trafficking and confusion … And to be ever more aware that the current war of intimidation and corruption seeks above all the plunder and dispossession of the communal lands, the farmers’ fields, the national lands, of the forests and mines, the oil reserves and groundwater, the soil and subsoil, the coasts and land. And not satisfied with oppressing the poorest of the poor and the inhabitants of the margins of the world, they are more and more openly impoverishing the middle class and depriving them of their rights, and the youth and children of the world of their future.

Alongside the outraged (indignados) of the earth we must stand against the new policy of the carrot and the stick, of corruption and macroeconomic repression that corporate capitalism employs, with its allies and subordinates. Against their plans of intimidation and universal corruption, we will brandish the moral struggle and the courage of the people. We will do it, we know that there are more of us all the time, and that more and more people throughout the world are now struggling for what in 1994 seemed to be only a “post-modern indigenous rebellion”, but in reality was only the beginning of a human mobilization considerably better prepared to achieve the liberty, justice and democracy we all deserve.