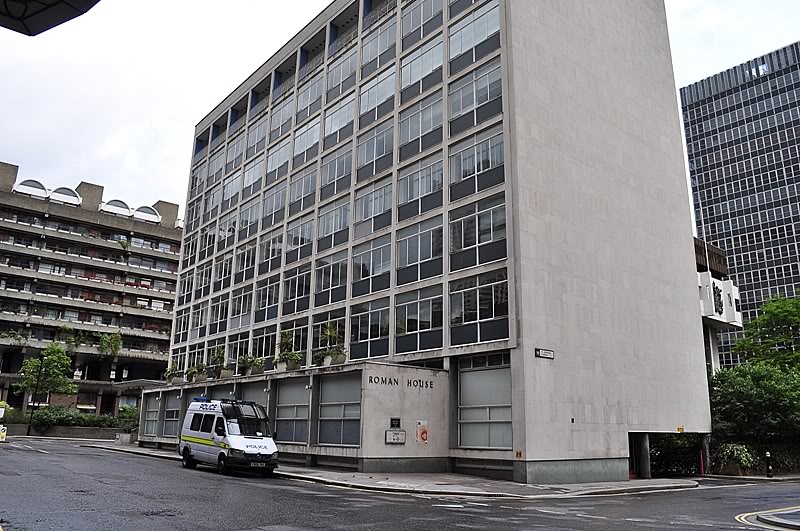 *** For update on Roman House occupation and further information about the the Teach out focusing on the City’s secret finances & lobbying activities see http://occupylsx.org/?p=3281 ***

Occupy London this morning publicly repossessed Roman House, an abandoned nine-storey office building in the Barbican in the City of London which previously housed companies from the financial service industries. [1]

The Occupy London campaigners – part of the global movement for social and economic justice and real democracy – stated that they intend to occupy the building – their fifth occupation – until such time as the City of London Corporation publishes full details of its City Cash Accounts. This is a request that Occupy London has consistently asked of the Corporation, so that it can become financially transparent – just like every other public body in the country. [2] [3]

A press conference will be held at 11am today at the building which is on the corner of Wood Street and Fore Street (London EC2Y 5BA), with the building opening to the public at 11am Monday 23 January for a lecture focusing on the City’s secret finances and its lobbying activities. Roman House is a non residential building for Occupy London. The City of London Police have visited the building and have agreed that it is a civil matter.

Stuart Fraser, outgoing policy chief of the City of London Corporation, revealed on 17 November on an edition of The Report on BBC Radio regarding the Occupy London Stock Exchange occupation by St Paul’s that “now, under transparency, we’ve got to think about it [releasing details of the City Cash] very seriously. Let me put it this way, it is under discussion.”

Occupy London supporter Bryn Philips commented: “The Corporation has undermined our democracy through the power of its lobbyists and must submit to public scrutiny. If the City agrees to publish its City Cash Accounts, future and historic, we will leave the building immediately. If does not, we will take appropriate action until such time as it does.”

Calls for greater transparency from the Corporation have grown since OccupyLSX by St Paul’s began its occupation on 15 October, with support given from groups such as Reclaim the City who campaign for the democratisation of the City.

Most recently, there was a significant step towards transparency – thought not through the choice of the Corporation – when Fr William Taylor, former Common Councillor for the City of London Corporation from 2001 to 2003 and again from 2005 to 2008, who had access to the City’s private ‘City’s Cash’ accounts published some of the accounts via his blog ‘Hackney preacher’. [4] Fr Taylor has also published a new blog focusing on one of the noteworthy funds wrapped up in the City’s Cash account – the Gresham Estate. [5]

Roman House becomes Occupy London’s newest occupation, while its first occupation – OccupyLSX by St Paul’s Cathedral – will this Monday celebrate its 100th day. Other occupations include Finsbury Square which is currently in the process of transforming into an eco-village [6], the Bank of Ideas which was previously the abandoned multimillion pound offices of Swiss investment bank UBS and Occupy Justice, the former Old Street Magistrate’s Court where Occupy London has been putting the one per cent on trial.