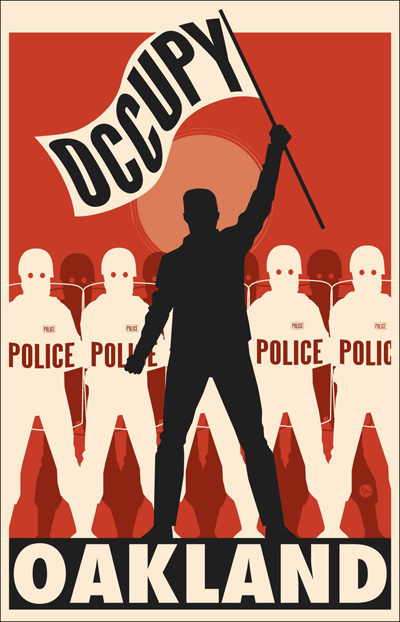 On October 10th 2011, hundreds of people in downtown Oakland occupied Frank Ogawa Plaza in front of city hall. They built a self-organized tent city and began to meet some of the community’s most urgent needs.
They renamed the plaza Oscar Grant Plaza in honor of a young African-American man who was shot and killed by BART Police in 2009.
Although the action was partially inspired by Occupy Wall Street and austerity protests throughout the world, Occupy Oakland’s particular character resulted from years of struggle and repression in the Bay Area.
This short documentary details the ongoing story of the Oakland Commune.

It was completed with interviews that we shot at Oscar Grant Plaza along with archival footage from David Martinez, Caitlin Manning, John Hamilton, and other historical material that tells how the Oakland Commune came into existence.
Please feel free to re-post and distribute this video.