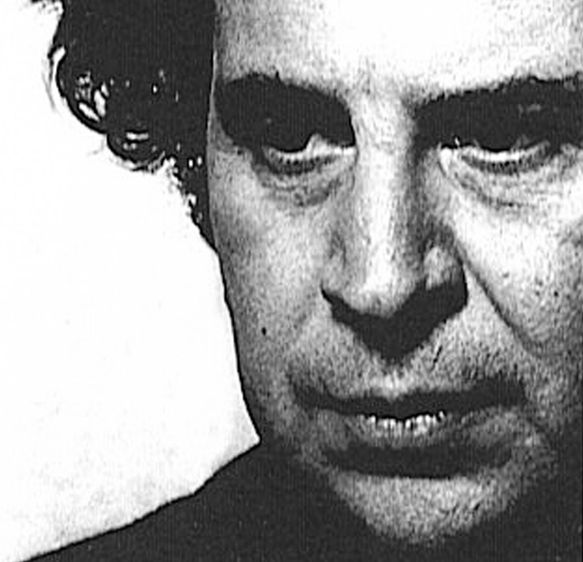 65 years after the defeat of nazism and fascism, European people are today confronting a dramatic threat, this time not military, but a financial, social and political one.

A new “Empire of Money” has been systematically attacking one European country after another in the last 18 months, without facing any substancial resistance.

European governments not only fail to organize a collective defense of European people against the markets, but, instead, try to “calm” the markets by imposing policies that remind us of the way governments tried to confront nazism in the ’30s. They organize “debt wars” between the peoples of Europe, just like when they were driven from the belle époque to World War 1.

The offensive of the markets initiated a war against Greece, an EU member-state, whose people have played a decisive role in the resistance against barbarity and the liberation of Europe in World War 2. In the beginning, this war was a communicative war, which reminded us of the campaigns against hostile, outcast countries, like Iraq or Yugoslavia. This campaign presented Greece as a country of lazy and corrupted citizens, while attempting to blame the “PIIGS” of Europe and not the international banks for the debt crisis.

Shortly, this offensive evolved into a financial one, which caused the submission of Greece under a status of limited sovereignty and the intervention of the IMF to the internal affairs of the Eurozone.

When they got what they wanted from Greece, the markets targeted the other, smaller or larger countries of the European periphery. The aim is one and common in all cases: The full guarantee of the interests of the banks against the states, the demolition of the European welfare state, which has been a cornerstone of European democracy and culture, the demolition of European states and the submission of the remaining state structures to the new “International of Money”.

It was introduced to German and other European peoples as a means of peaceful increase of their power and prosperity, but the way that all peoples are abandoned to be the pray of financial markets, destroys the image of Europe and turns the markets into actors of a new financial totalitarianism, into the new bosses of Europe.

We are facing the danger of repeating the financial equivalent of World War 1 and World War 2 in our continent and be dissolved into chaos and decomposition, in favor of an international Empire of Money and Weapons, in the economic epicentre of which lies the power of the markets.

The peoples of Europe and the world are facing a historically unprecedented concentration of financial but also political and media power by the international financial capital, ie by a handful of financial institutes, rating agencies and a political and media class redeemed by them, with more centers outside, than inside Europe. These are the markets that attack today in one European country after another, using the leverage of debt to demolish the European welfare state and democracy.

The “Empire of Money” now requires a fast, violent, brutal transformation of a Eurozone country, Greece, into a country of the third world, with a so-called program of “rescue“, in fact the “rescue” of banks who lent the country. In Greece, the alliance of banks and the political leaderships imposed -through the EU, the ECB and the IMF- a program that equals to to “economic and social murder” of the country and its democracy, and organizes the looting of the country before the bankruptcy to which it leads, wishing to make it the scapegoat of the global financial crisis and use it as a “paradigm” to terrorize all European peoples.

The policy that is currently conducted in Greece and attempts to spread, is the same applied in Pinochet’s Chile, Yeltsin’s Russia or Argentina and will have the same results, if not discontinued immediately. As a result of a program that supposedly intended to help the country, Greece isnow on the verge of economic and social disaster; it is used as a guinea pig to study people’s reactions to social Darwinism and terrify the entire European Union, with what can happen to one of its members.

The markets may also be pushing and using the leadership of Germany in actions of destruction of the European Union. But it constitutes an act of extreme political and historical blindness for the dominant forces of the EU and first of all, for Germany, to think that there can be any project of European integration or even simple cooperation, on the ruins of one or more members of the Eurozone.

The planned demolition of major, globally significant political and social achievements of the European peoples, can not establish any kind of European Union. It will lead to chaos and disintegration and it will promote the emergence of fascist solutions in our continent.

In 2008 private banking giants of Wall Street forced the states and state banks to bail them out of the crisis they themselves created, by paying with the taxpayers’ money the cost of their enormous fraud, such as mortgages, but also the operational cost of an unregulated casino-capitalism, imposed in the last twenty years. They turned their own crisis into a public debt crisis.

Now they are using the crisis and debt, which they themselves created, to deprive the states and the citizens of the few powers they still hold.

This is one part of the debt crisis. The other is that financial capital, together with the political forces supporting it globally, imposed an agenda of neoliberal globalization, which inevitably leads to the relocation of production outside Europe and the downward convergence of social and ecological standards of Europe with those of the Third World. For many years they hid this process behind loans, but now they use the loans to completeit.

The “International of Money”, thatwishes to eliminate any notion of state in Europe, threatens Greece today, Italy or Portugal tomorrow; it encourages the confrontation among European peoples and puts the European Union before the dilemma whether to transform into a dictatorship of the markets or to dissolve. It aims at making Europe and the world to regress in a state like the one before 1945, or even before the French Revolution and the Enlightenment.

In ancient times, the abolition, by Solon, of the debts which forced the poor to be slaves of the rich, the so-called Seisachtheia reform, laid the foundations for the birth, in ancient Greece, of the ideas of democracy, citizenship, politcs and Europe, the foundations of European and world culture.

Struggling against the class of wealth, the citizens of Athens led the way in the constitution of Pericles and the political philosophy of Protagoras, who declared that “Man is the measure above all money”.

Today, the wealthy classes are attempting to avenge ths spirit of man: “The markets are the measure above all men”is the motto that our political leaderships willingly embrace, in alliance with the devil of money, as Faust did.

A handful of international banks, rating agencies, investment funds, a global concentration of financial capital without historical precedent, claims power in Europe and the world and prepares to abolish the states and our democracy, using the weapon of debt to enslave the peoples of Europe, putting in place of the incomplete democracy we have, the dictatorship of Money and Banks; the power of a totalitarian empire of globalization, the political center of which is outside continental Europe, despite the presence of powerful European banks at the heart of the empire.

They started from Greece, using it as a guinea pig, to move then to the other countries of the European periphery, and gradually to the center. The hope of some European countries to eventually escape, just proves that today’s European leaders face the threat of a new “financial fascism”, not better than the way they faced the threat of Hitler during the inter-war period.

It is not by accident that a big part of the media controlled by bankers chose to attack against the European periphery, by naming these countries as “pigs”, and also turned to a contemptuous, sadistic, racist campaign of the media they own, not only against the Greeks, but against the ancient Greek heritage and the ancient Greek civilization. This choice shows the deeper, underlying goals of the ideology and the values of financial capital, which promotes capitalism of destruction.

The attemptof a part of the German media to humiliate symbols such as the Acropolis or the Venus de Milo, monuments which were respected even by Hitler’s officers, is nothing but an expression of the deep disdain of bankers, who control these media, not so much against the Greeks, but mainlyagainst the ideas of freedom and democracy, which were born in this country.

The financial monster produced four decades of tax exemption for the capital, all kinds of “market liberalization”, widespread deregulation, abolition ofall barriers to the flows of capital and commodities, constant attacks against the state, massive acquisition of political parties and media, ownership of the global surplus from a handful of vampire-banks of Wall Street. Now, this monster, a true “state behind the States”, is revealed claiming the completion of the financial and political “permanent coup d’ etat“, carried out for over than four decades.

Facing this attack, the political forces of the European right-wing and social democracy seem compromised after decades of “entryism” by financial capital, the most important centersof which are non-European. On the other hand, trade-unions and social movements are still not strong enough to block this attack decisively, like they repeatedly did in the past. The new financial totalitarianism seeks to take advantage of this situation, in order to impose finite, irreversible conditions across Europe.

There is an urgent need for an immediate, cross-border coordination of action by intellectuals, people of the arts and literature, spontaneous movements, social forces and personalities who comprehend the importance of the stakes; we need to create a powerful front of resistance against the advancing “totalitarian empire of globalization”, before it is too late.

Europe can survive only if wepromote a united response against the markets, a challenge bigger than theirs, a new European «New Deal».

– We must immediately stop the attack against Greece and other countries of the EU periphery; we must stop the irresponsible and criminal policy of austerity and privatization, which leads directly to a crisis deeper than the one of 1929.

– Public debts must be radically restructured across the Eurozone, particularly on the expense of the private banking giants. Banks must be recontrolled and the financing of European economy must be under national and European social control. It is not possible to let the financial keys of Europe in the hands of banks like Goldman Sachs, JP Morgan, UBS, the Deutsche Bank etc. We must ban the uncontrolled financial derivatives, which are the spearhead of the destructive financial capitalism, and create real economic development, instead of speculative profits.

– The present architecture, based on the Maastricht Treaty and the WTO rules,has established a debt production machine in Europe. We need a radical change of all Treaties, the submission of the ECB under political control by the European peoples, a “goldenrule” for minimum social, fiscal, environmental standards in Europe. We urgently need a change of paradigm; a return to the stimulation of growth through the stimulation of demand, via new European investment programs, a new regulation, taxation and control of international capital and commodities flows; a new form of smart and reasonable protectionism in an independent Europe, which will be the protagonist in the fight for a multipolar, democratic, ecological, social planet.

We appeal to the forces and individuals who share these ideas, to converge into a broad, European front of action as soon as possible; to produce a European transitional program, to coordinate our international action, so as to mobilize the forces of the popular movement, to reverse the current balance of power and overthrow the current historically irresponsible leaderships of our countries, in order to save our people and our societies before it is too late for Europe.