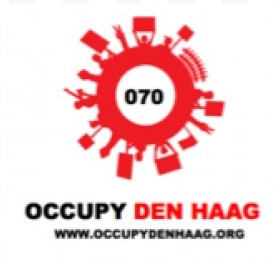 Yesterday (29th January 2012), the mayor of The Hague tried to abuse social legislation (which is meant to protect homeless people from extreme winter conditions) to evict the camp of Occupy The Hague on the Malieveld. This camp has been there since october 15 2011. Also the mayor ordered the occupiers to apply again for the right to hold this permanent demonstration. A jugde ruled different however, stating that the mayor has no right to evict the camp. So the camp can stay under the condition that the occupiers can be there between 08.00 and 22.00 hours, after that only two guards are allowed who are not allowed to sleep there. http://www.livestream.com/occupydenhaagstream