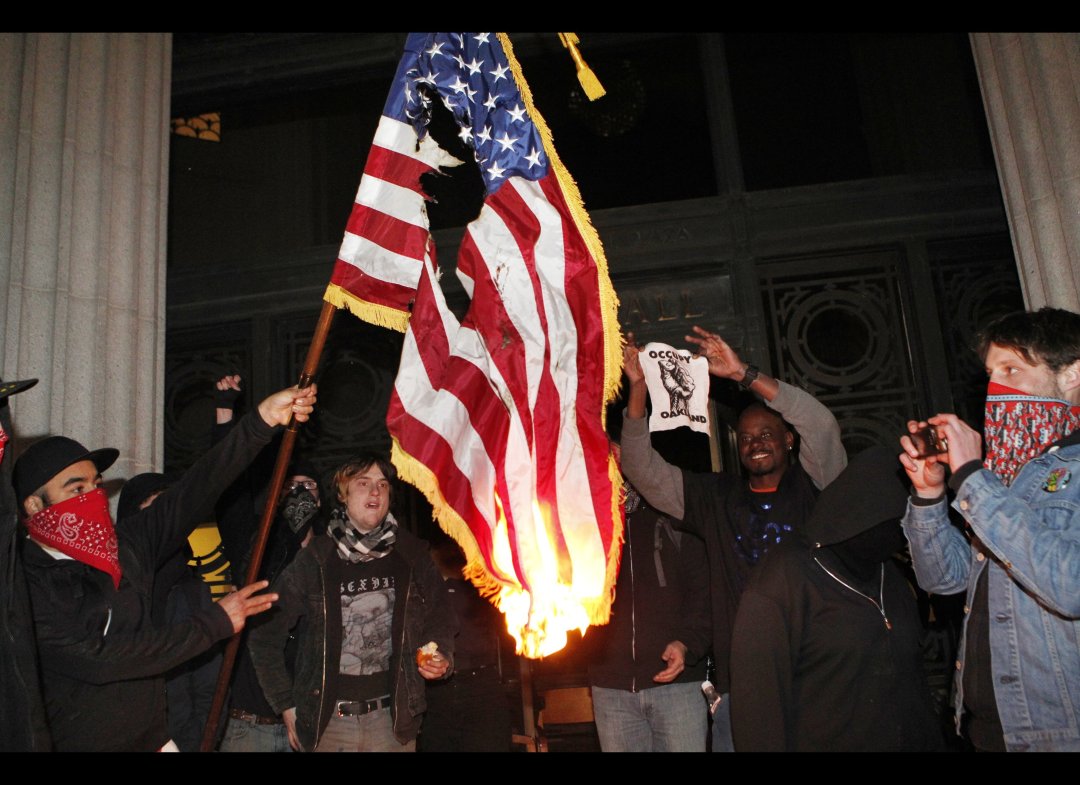 Occupy Oakland’s building occupation, an act of civil disobedience, was disrupted by a brutal police response yesterday. Protesters were met with baton strikes, shot with rubber bullets, and exposed to tear gas along the route. Police immediately issued denials that tear gas was used; however, as many victims can attest, it was used freely and without regard to safety of the diverse crowd, which included families and children.

Later, in a subsequent attempt to Occupy an abandoned building in downtown Oakland, Oakland police arrested hundreds of demonstrators. Many were reported injured as police used batons to herd protesters into a kettle in front of the YMCA.

The OPD and City have issued several false claims that need to be rebutted. OPD claim that there was no tear gas used, a fabrication easily refuted by video shot by protesters. Police also claim that several officers were injured by protesters—again, there is absolutely no evidence of this claim, which is made at every demonstration and subsequently proven to be baseless. Protesters kettled in front of the YMCA, fled into the building, aided, at first by employees there. They did so to escape police, herding protesters against the walls of the building with baton-strikes. As always, police justify their actions by claiming that protesters attacked them or are a danger to others. But there are no reported injuries to police from protesters; a wedding party felt so unthreatened by Occupy Oakland, that it continued to have a reception in an art gallery in the plaza throughout the night.

City Administrator Deanna Santana and Police Chief Howard Jordan have made their intentions clear in the press statement released on Friday night. They intend to manipulate the law to intimidate protesters, implying that acts of civil disobedience and freedom of assembly are criminal, and targeting assumed leaders regularly with unannounced warrants for invented charges.

These actions from the OPD come at a time when the city of Oakland is laying off hundreds of workers, and following millions of wasted dollars in similar brutal police actions.