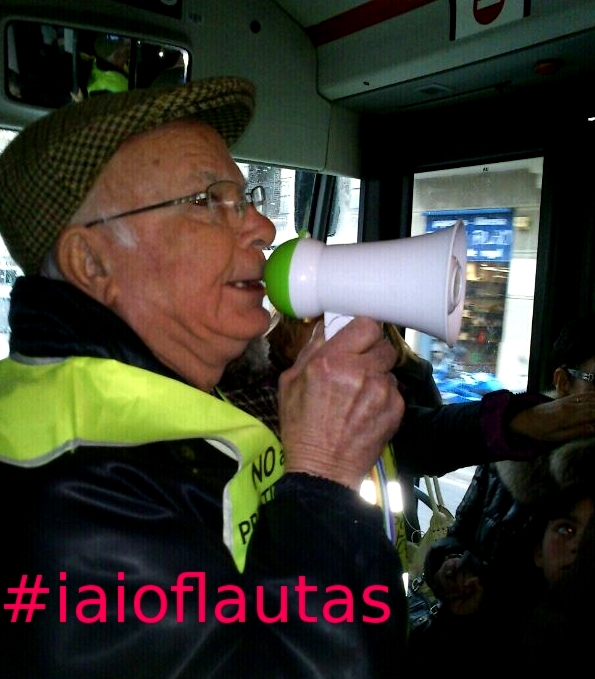 A group of pensioners protest in a bus line 47 (TM Barcelona) against cuts in social services.

The collective ’iaioflautas’ has taken the bus in plaza Catalunya, beginning of the bus route which finish in Canyelles, they paid the bill and they made ​​a protest with whistles and chants. The company has said the bus service is doing its usual despite the protest, as reported by TMB.

Maria, one of the ‘iaioflautas’, explained that pensioners have jumped on the busmaking a big fuss, even though the vehicle can continue its normal route and passengers can get on and off.

One of the today goals of this collective is once they reach their destination, they join more components of the Association of Residents Nou Barris, to re-take the busline and return to plaza Catalunya, where they are planning to hold an assembly.

Many retirees who participate in this initiative have been active in recent months in the activities and protests organized by the movement of the “outraged” 15-M, some of whose followers are called ’perroflautas’, so they have opted to call themselves a name similar to those, “iaioflautas” clearly refers to grandparents denomination.