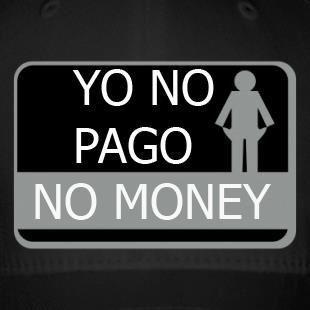 This release comes from the hands of 50 assaulted, threatened and enraged people. After the call of February 1st, we decided to transmit the brutal, fierce and disproportionate repression that we lived in this I don’t pay action. We can only show 6 out of the 9 arrests that took place (we were not around in the others); we cannot show either the countless aggressions (the images do not need any comments). We hope that our comrades, kidnapped by the police, release a text after their freeing in order to inform us about their experience; we also hope that they are fine and they are not beaten in the police station. We are with you!

STATE OF EXCEPTION IN DOWNTOWN MADRID
When we arrived at Sol (square), it was under siege. It was full of police vans and their corresponding squad making walls on our sides. Police on horses, the overflying helicopter, and all the subway entrances (Jacinto Benavente, Callao, Opera, Sevilla, Sol, etc.) were blocked by lines of 8 national policemen who obstructed the way in. Rather than not paying, it looked as if we were to commit a terrorist attack.

IF YOU CHEER, YOU ARE ARRESTED
Some of us were already in the Sol subway station and some others would not be allowed in: “The (Madrid) Government Representative has given us orders”, a policeman said. Those of us who were already in decided not to carry out the action there, as there was a rally of (countless) secret and (at least 50) uniformed police officers as well. We chose to cheer slogans: “I don’t pay: neither their crisis nor their debt”. At that moment, the identifications started and 4 comrades were put away. The problem is that we did not know that 2 of them would not come back to the group, we got our 2 first ARRESTS. In Madrid, if you cheer you are arrested!

JUST LIKE IN GREECE, IN MADRID WE DON’T PAY
In view of this repression, we left the subway and joined our comrades outside and started an improvised demonstration. Each of our steps forward meant a policeman’s one; we were hounded all the time: “be careful, keep it like this (cheering), and you are coming with us, we will get you”, a policeman said to a comrade. Undoubtedly, we cannot cheer anymore, but we still sing “their democracy, what a pigsty, it is under the commands of the capitalists…” In Callao, many people joined us, others smiled at us.

We went to Tirso de Molina station. There were no policemen to obstruct the entrance to the subway, so we decided to carry out the action. We jumped and got onto the subway. The popular answer was warming; people gave us a round of applause and cheered with us I don’t pay!

IF YOU TAKE PHOTOS, YOU ARE ARRESTED
We left the subway in Gran Vía, when we went down through Montera street the policemen put on their gloves and their helmets, and suddenly we were cornered. We were asked for our IDs all over again. When a comrade was to get back his ID, he got a punch in the stomach, as a gift. “It was an accident”, the policeman said. We were surrounded and they would not let us out. Some of us tried to leave, but the policemen would push you, some others, discretely, would “pinch” you. From some nearby scaffoldings journalists were taking photos of the police cordon. Then, a cop arrested a photographer because he was photographing. He was the 3rd ARREST. In Madrid, you get arrested for taking photos!

“YOU ALREADY KNOW HOW WE OPERATE”, a police officer told to a lady
We were beaten everywhere. Everyone ran screaming along Montera Street. A comrade was beaten in her face, in such a brutal way that she went down. When she tried to get up, she was brutally shoved into the ground and stomped on. Then, another police officer approached to despotically call her: “bitch”.

A comrade tried to help her, but she was strongly pushed and fell down. You can check the images. One comrade was said: “We are here for repressing, whether you like it or not”.

They charged again, people were getting anxious in Montera Street. Then the 6th ARREST took place. She is a girl under 16 years; she was shamelessly dragged across all over the ground. A comrade managed to get close and ask if she was ok, but there was no answer, we think she was unconscious. We did not get more information, as the police pushed our comrade so she had to go away, otherwise, she would have also been arrested, just for asking.

They held a group in the McDonald’s at Callao Square, where there was a group of journalists. And under a perverse manipulation, they prepared the press photo: from the held group they put away those who had a “good image” and left there those who looked like “crusty or anti-establishment”. That is, they did a SELECTIVE held in order to criminalize the mobilization. A lady stared, astonished, and a policeman said “you already know how we operate”.

AN ATTACK ON ONE OF US IS AN ATTACK ON ALL OF US
You, police, bear in mind that you cannot intimidate us, that we will keep on fighting in the street, just as the Greeks do! You must bear in mind that in spite of your deployment of troops, your helmets and batons, your insults and blows, we have managed to get into Tirso de Molina station without paying. BEAR IN MIND THAT WE WILL NOT PAY TOMORROW EITHER. We are more and we are everywhere, and you cannot stop us because we know the problem is not the crisis (which you want us to pay) but the system itself.

IMPORTANT NOTICE
1. The Sol Legal Committee informs those who have been assaulted to make a report (in less than 24 hours from 1/2) and email a photocopy to denuncias15m@gmail.com
2. Anyone who has videos, photos or has witnessed any arrests may email material or testimony to detenidosyonopago@hotmail.com
3. We remind that this Saturday (4/2) an anti-repressive assembly will be held in Casa Blanca at 18.00