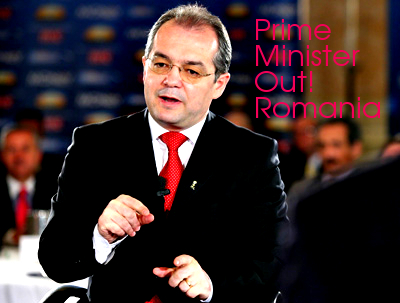 “Now is the time of important political decisions and from this point of view, I made ​​the decision to relinquish office in the administration,” Boc said following a meeting of the Executive.
Thousands of Romanians have spoken to over the last month against government action.
His party, the centrist PDL, has lost 20 percent of support in the polls before the parliamentary elections next November. The Government has approved a series of welfare cuts, including a reduction in a quarter of the salaries of officials and the VAT increase, in response to pressure from the International Monetary Fund (IMF), which requires a “package” neoliberal wish to receive a loan of 20,000 million euros.
“It is very likely that the next prime minister is a technocrat, probably from Central Bank or any of the central intelligence,” said political analyst Mircea Marian.