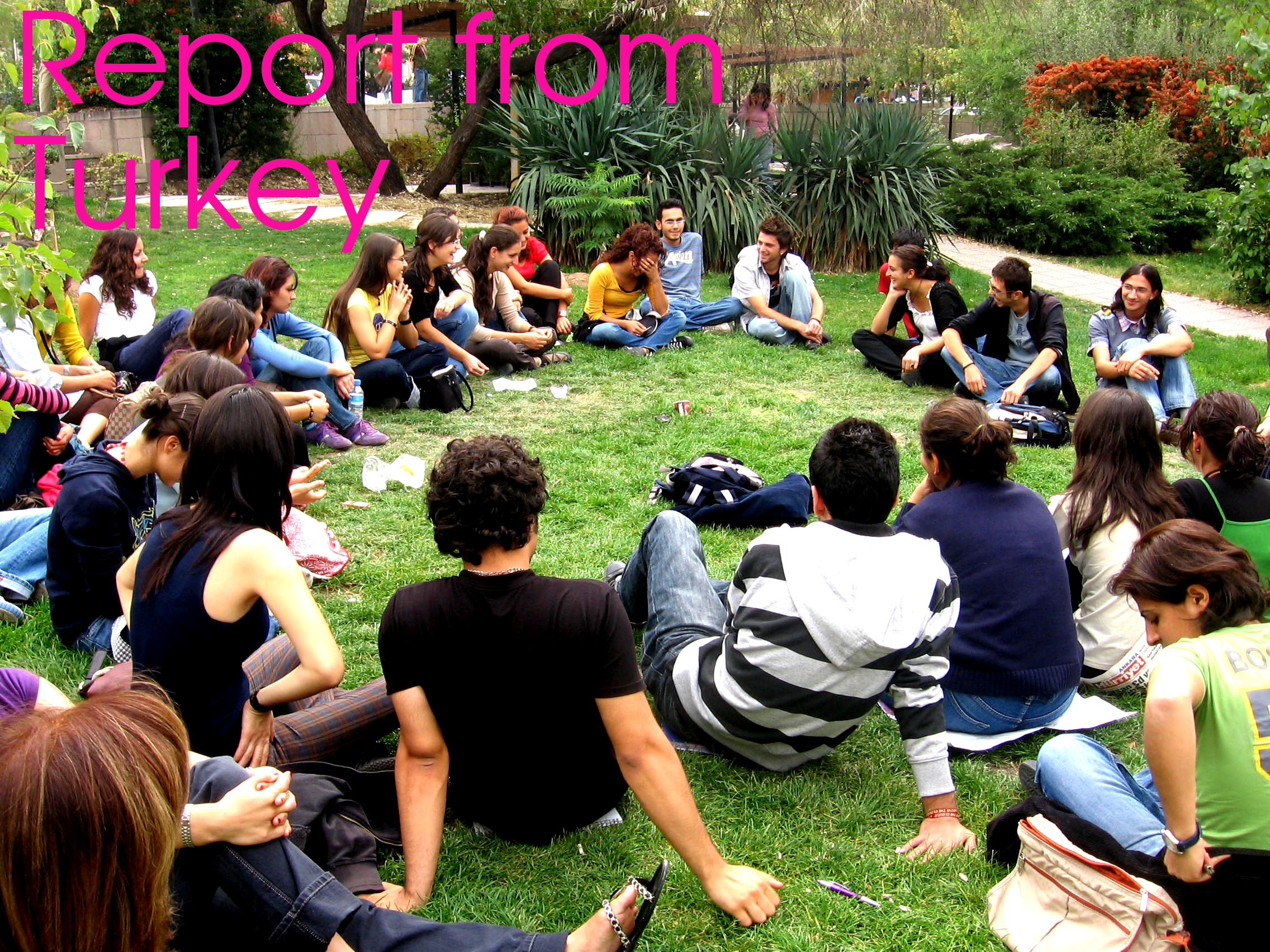 We are an independent student movement, the Student Collectives (Öğrenci Kolektifleri), which has been fighting for students’ rights, democratic university and the right of free education for a long time in Turkey. We also fight for democracy and rights of people in our country, and we are against the commercialization of education.

Our government, the AKP party, follows antidemocratic diplomacy and gives nothing of human rights. They arrest students, journalists, academicians and tend to threaten all the opposing people. Right now many journalists and more than 500 students are arrested because they have opposing ideas. We are going through a very antidemocratic process in Turkey.

As Student Collectives (Öğrenci Kolektifleri), we are fighting against the oppression of the AKP government at our universities with students from all over Turkey. Last year, as the Student Collectives exist in more than 40 university, we formed a central coordinating body in order to ensure the coordination between our units at universities. In February the 25th and the 26th, we will have our second annual meeting with students all over Turkey at Istanbul Technical University in Istanbul. Journalists, scientists and academicians will also attend to the meeting.

Last year, the government arrested 11 of our friends because of our fight against the commercialization of education, because we protested against the police’s killing of a person with their gas and beatings because that person was against the commercialization of rivers via hydro-electiricity centrals and also because we chased away the politicians from our universities whenever they came to tell their lies. With our constant fight, we were able to take our friends out of prison after 6 months, and the last of our friends gained his freedom last week. In this annual meeting, they will be with us, too. This year, we also invite other youth movements from other countries. Because we think it is important to share the experiences of other youth movements at our meeting. As a result, we ask from youth representative’s to attend our annual meeting and give a speech. The representatives who want to attend but are not able to, can send us their supports via video message. The comrades who want to come can get in touch with us so that we can talk about visa, transportation, and accomodation informations. Thank you in advance.