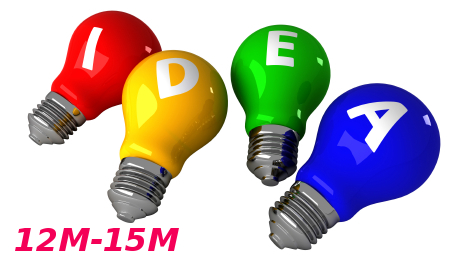 Summary of the meeting on 02/11/2012 for 12M and 15M
AGENDA TOPICS:
0) Introduction of the facilitation team
1) When and where will next meetings take place (server rotation or in the same room)
2) Updating of the working groups
3) Proposals agreed upon by the working groups on February 4th
4) Current working groups:
– Actions in May
– Global Call
– Methodology of international meetings, horizontaly
5) Organization for the next meetings
SUMMARY OF THE ASSEMBLY
Point 1: Proposal of rotation of the servers for the meetings
The initial arguement in favor of always using the same server is that it simplifies the access to meetings and is more simple.
The arguements in favor of rotating the servers is that it is more secure and more transparent. Furthermore, the rotational system allows more people access to the meetings in a more impromptu manner; introducing distinct servers can also increase international coordination.
It is specified that if there is to be a rotation of servers, it’s very important to make a good calendarization and define it well so that everyone knows where the meetings will take place.
A proposition is offered to facilitate the access in case of rotation: connecting always to a common DNS – which entails the purchase of a domain.
It is suggested to create a technical group to realize this.
It has been agreed that next week’s meeting will take place in the same room as it had been previously agreed on January 11th and 18th. For the other week, and with the advice of the technical team, the rotation of the servers will be as follows:
Occupytalk –> mumble.democraciarealya –> tomalaplaza –> cryptious
As new servers are opened (like the Russian one) they will be included on the list.
Point 2: Briefing from the work groups
There were not defined groups until now, so there are no updates from the groups in this meeting.
Point 3 : Work Groups
The groups proposed previously are :
The realization of few work groups are determined, incase of heavy work load forces will be divided, it is better to have few work groups with many people then many work groups and few people.
Given that there are many ideas,  a group for discussing the viability of new groups is determined. It is agreed the creation of a working group for communication issues. Together with the faciliation  group and the technical group proposed in the first issue (?)*** there are a total 7 groups that are distributed among the different rooms
The distribution of rooms stays the in this form:
ACCIONS —> Actions and alternatives
GLOBAL CALL —> 12M-15M Global
METHODOLOGY —> Brainstorming
TECHNICAL—> Tek Ops
COMUNICATION —> comunication
Other groups —> round table
DYNAMISATION —-> happy room
With this the meeting is finalized.
To consult the complete assembley, click on this link:
http://titanpad.com/lPkZl7pE88
Next meeting : on mumble 18/02/12
On Saturday’s at 20:00 (GMT+1)
Server: occupytalk.org Room: Round Table
https://www.facebook.com/events/136724626448909/
11:00 (UTC-8) West Coast of USA
12:00 (UTC-7 MST, Arizona…)
13:00 (UTC-6 Chicago,Texas)
14:00 (UTC-5 New York/DC)
16:00 (UTC-6 East Coast of Brazil)
19:00 (UTC+0 Canarias and UK)
20:00 (UTC+1 Europe)
23:00 (UTC+3 Western Africa)
How to use Mumble: http://takethesquare.net/2011/10/04/mumble-setup-walkthrough/