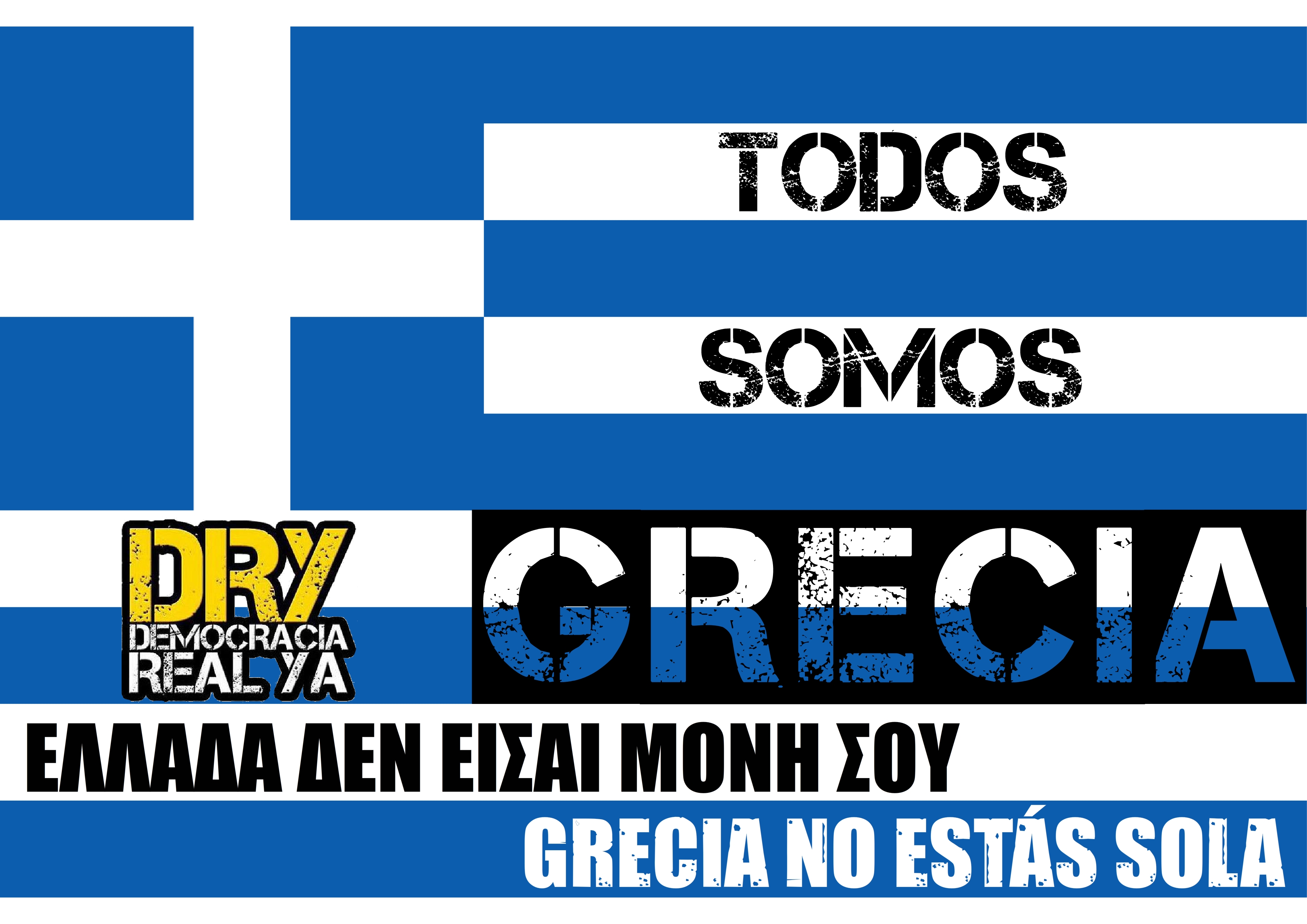 When one people is attacked, all people are attacked…

The 10th of February, the non elected Greece Government adopted a new hideous and destructive austerity plan, passed by the parliament (MPs voted 199-101 in favour) on the 12th of February.

The new austerity measures impose a 22% reduction in the minimum wage, which will remain frozen for the next three years; collective bargaining is simply cut; 15000 public sector workers are laid off and 150000 jobs will be destroyed due to the non-renewal of the contract…

The people of Greece is bravely rising up against social terror policies. With the media’s deafening silence, demonstrations, as well as general strikes, become more and more frequent despite the violent repression.

Let’s reply to their call. We are all Greek!

Their mobilization is clashing with the wall of an European and international dictatorship, the dictatorship of the financial markets and the troika: EU, ECB and IMF, who have imposed austerity measures and a non-elected government on the Greek.

The EU governments are involved in the dictatorship and they implement measures which are in the same line in the rest of the countries. Greece is being used as a laboratory before generalizing these measures. The situation is going to get even worse due to the new European Treaty project, which will impose the « golden rule » in our national constitutions.

We reject to sacrifice the people to the money, as do the Greeks.

Let’s regain the reins of our lives.

Switch off your computer, join the mobilization!

There will be demonstrations everywhere in solidarity with the mobilization of the people of Greece, Saturday the 18th of February.