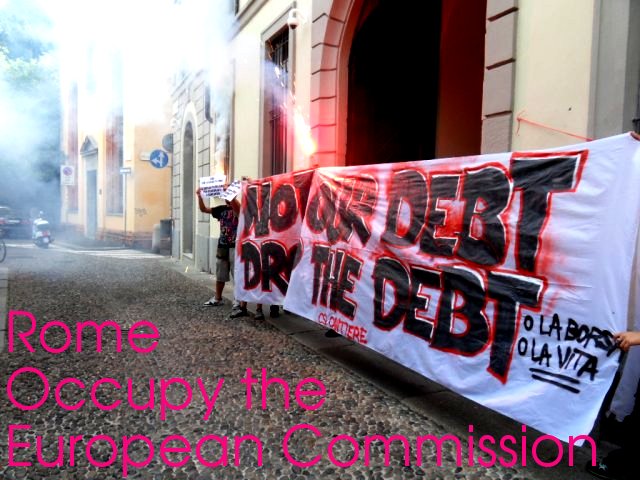 The NO DEBT activists want to launch a referendum against the changes in the Constitution called by EU.
In Rome the European Commission, in the street IV November, has been occupied from NO TO DEBT activists in solidarity with Greek people and to fight against EU, FMI, ECB…

More info
The letter to the president of European Commission J.M. Borroso