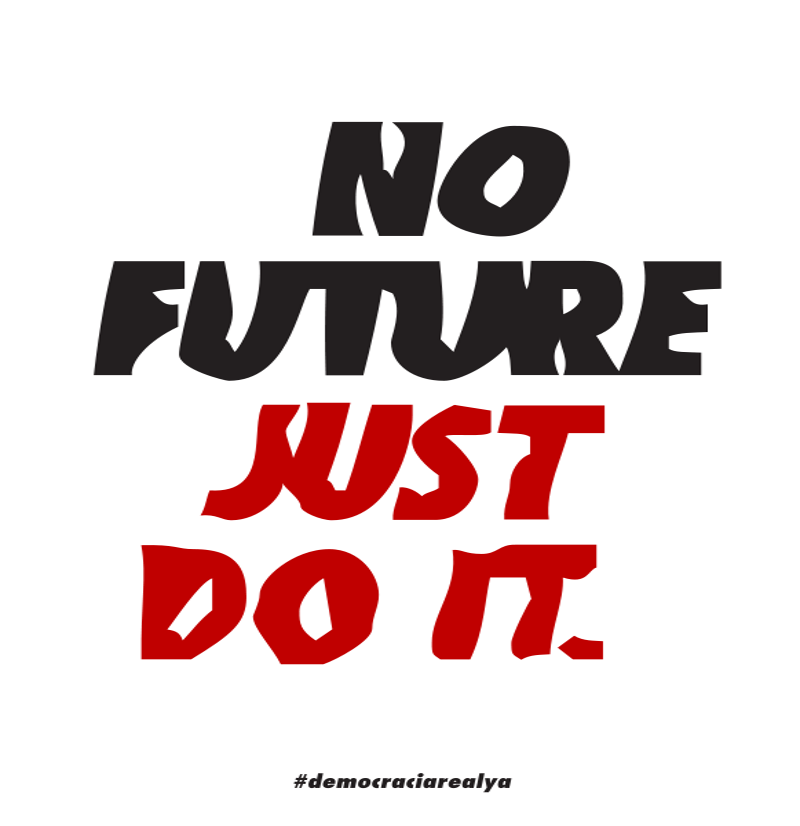 The story below is has been sent to us by a Spanish friend from the marches, that is in Greece and is an example of what is not being said about Greece.

“The international media have talked about last nightin Greece. They talked about fire, chaos, violence …
They talk about the 100,000 people gathered in Syntagma, but not the200,000 who really had or the 300,000 who could not reach theplace because the streets and subways were blocked by police.

They have talked about how the police provoked the start of the riotsat 17:00 throwing tear gas indiscriminately throughout theSyntagma Square, the demonstrators dispersed around the centerAthens, in order not to bother outside parliament.

The media has spoken of destruction indiscrimanada, have run therumor that the National Library of Athens burned in flames. False.

Have burned banks, cafes and shops, franchises industriesmultimillionarias Greece which led to this situation, the mediaspeak of young anti, but they speak of women and menelderly people with their gas masks to show their support for hoursrhythmically pounding the gates of banks and multinationalhands and feet, whistling and shouting in support of the first lines thatembites resisted the riot in the streets full oftear and fire, clapping when they saw the flames in alpha bank andEurobank.

They talk about the violence does not fix the situation in Greece, but nottalk about inter-neighborhood assembly which was held last week in thepantios University, do not say that the occupation of the University ofnomiki had intended to be a place of exchange and debate amongdifferent movements Greeks, do not talk about the free diningexchange markets are held weekly in neighborhoods.

What the media will not say is that after the last massive expropriationa supermarket, and distribution of food in a working class neighborhoodThessaloniki, the old saying that time had not reached thatwe returned to enter, and although at present they do not come, they know whereis its people.

What does not say is that as we walked by a working class neighborhood in asmall demonstration from the center, people looked out the balconyraising his fist, and the expression increased its flow, peopledown from their homes, they added, the old leaning applauded, theold … Hell, they sang the old hymns, Pope did not understand but notyou imagine, you become our idea, and we do not tell the media, but itnosotrxs say.

Here in Athens, they know they are not alone, that all over Europe follows the sameway, they do not know is that we are making the rest of europe … ifwe are doing something the rest of Europe.

We’re not only seeing this in Greece, we’re seeing our future.