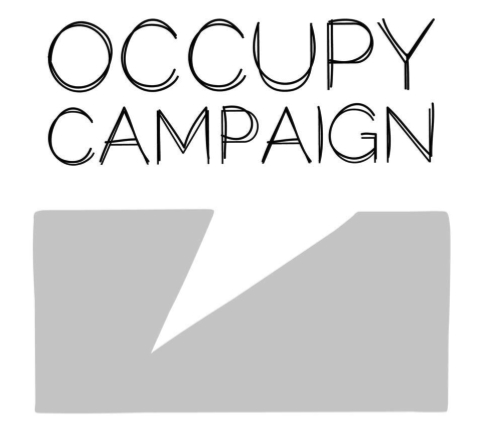 On March 2 and 3, an Occupy inspired campaign will take place in the Jan van Galen neighborhood. Occupy Campaign does not sell anything, nor is it a political party.

Occupy Campaign aims to bring politics back to their base: to the neighborhood and the street. We have no influence on many important decisions in our lives, and our current politics has taught us to accept this. Politics are reduced to casting your vote once every four years. Occupy Campaign argues that politics do not belong to politicians alone.

According to statistics from the previous election, 92.5% of the people in this neighbourhood did not vote for the current government! In other words, only a very small section of the inhabitants are actually represented by those in power. This is typical of politics that are unable to truly connect with everyday life.

Politics are present everywhere – in everyday life in our own neighborhoods. Paying more rent or seeing the value of your house drop is political. Being filmed without knowing it is political. But also raising a child is political. Sweeping the street is political. Deciding where you shop for your groceries is political. Taking responsibility for one another, listening, debating, caring, rent, food, work: all of these are the politics of society.

This campaign aims to emphasize that everyone already has a political voice. Our lives are political.

It is time that we ourselves engage with politics, without political parties that are only concerned with maintaining their own dominance. For this is not just “a” world, it is ourworld. Therefore Occupy Campaign focuses on the things that you are concerned with. What would you like to change? But just as important: how do you think you could change this yourself, and what would you need for that? Occupy Campaign wants to support the Jan van Galen neighborhood to take politics into its own hands.

How is this going to happen? Jan van Galen neighbourhood residents can expect a call with the following questions: What do you find of importance, what do you miss in current politics and what solutions do you imagine? There will also be manifestations taking place in the streets, where their message is expressed: they will see their own ideas and proposals reflected in the neighbourhood. We will also inform the national media of the ways in which the Jan van Galen neighbourhood is influenced by politics, how the people of this neighbourhood wish to act upon this, and concerning which issues they would like to take the political process in their own hands. During these two days we will be present in the neighborhood and everyone can speak to us about their vision of politics

Occupy Campaign want to make sure that politics return to where they belong: your own life.

That’s where politics start, and what politics should start with.