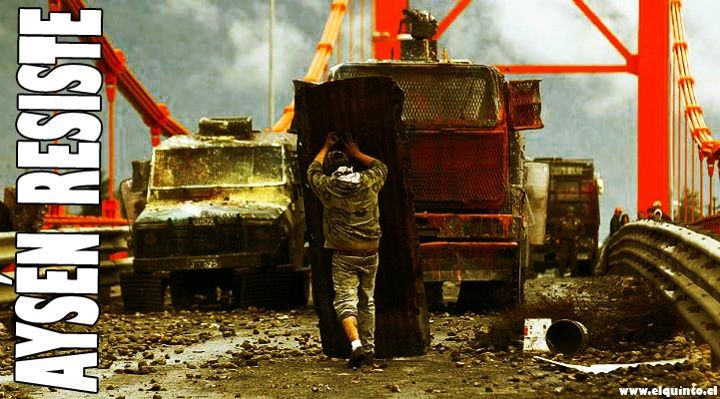 The people of Aysén strongly demonstrated again in the streets on Thursday after the government made conditional the dialogue to restore public order in the area. The people of the region, which since last February 13 are calling for measures that mitigate their isolation, see more far a possible solution to the conflict and protests have taken a different hue.

Thus, during the afternoon, about a thousand people settled with tents in front of the Administration of Aysen in Coyhaique, in the style of the movement of “indignados” that was noted in 2011 in Europe and America. Protesters shared mate and there was even live music performances which emerged to go with the evening.

The day began with the announcement of the Social Movement for the Aysen region that was willing to reduce from seven to two hours the blocking of the road connecting Balmaceda with Coyhaique, where is the regional airport. The leaders presented this announcement as a gesture to the Government, yesterday, through the Energy Minister, Rodrigo Alvarez, had conditioned the dialogue to the cessation of roadblocks. But the action was not welcomed and from the Palace of La Moneda, the General Secretary of Government and Minister, Andrew Chadwick, reiterated that there would be no dialogue if not all blockages would be deposed and the order in the region restored.

Aysen leaders reacted with surprise and indignation. “Today the government gave us a slap, caused a collective rage and people spontaneously came back out to the streets,” said Efe Ivan Fuentes, spokesman for the movement.

The situation has worsened in the last hours and transporters decided to start a total blockade of the main access routes to the Aysen region. The interruption will extend for 24 hours and is led by truckers and bus drivers in the area that will only allow the passage of ambulances and emergency vehicles.

This Friday, at 10:15 hours, three parliamentarians for the region will meet with the Interior Minister Rodrigo Hinzpeter, the General Secretariat of Government, Andrew Chadwick and the General Secretariat of the Presidency, Cristian Larroulet, in order to intercede to restore the dialogue between the Government and the Social Movement “which is definitely the most important,” was directed.