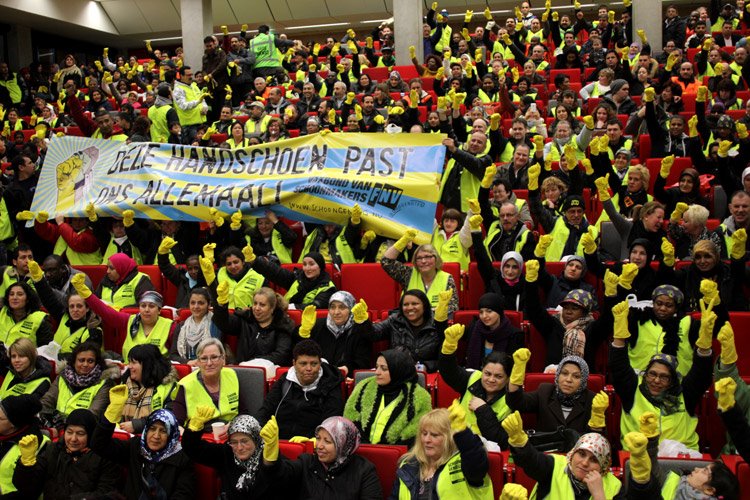 After a few weeks of protests and negotiations, cleaners in The Netherland went on strike on the 27th of February.
Yesterday, they occupied the VU University of Amsterdam with the help of dozens of activists with the intention of doing an ongoing sit-in.

The contractors of the cleaning companies such as Philips, the ministries and the universities proceed to gradually cut back on cleaning expenses. The cleaning companies accommodate these cuts by increasing the workload extremely and worsening the working conditions.
The cleaners do not ask for much, just for respect and the appreciation of their job, for paid sick leave and a normal workload.

Given the willingness of people for action and given the way that the cleaners themselves presented their struggle (with demands that included solidarity with the personel of the university), for many of the participants and supporters of the strike this was a rather shocking experience. Actually, there was no real democratic procedure followed for the end of the action: the decision was taken in 2 seconds and then the cleaners left the area within 20 min.

Today there will be a meeting with some people from the Uni to see how to go on.
You can find more information in English in:
reinform.nl/cleaners-strike-and-occupy