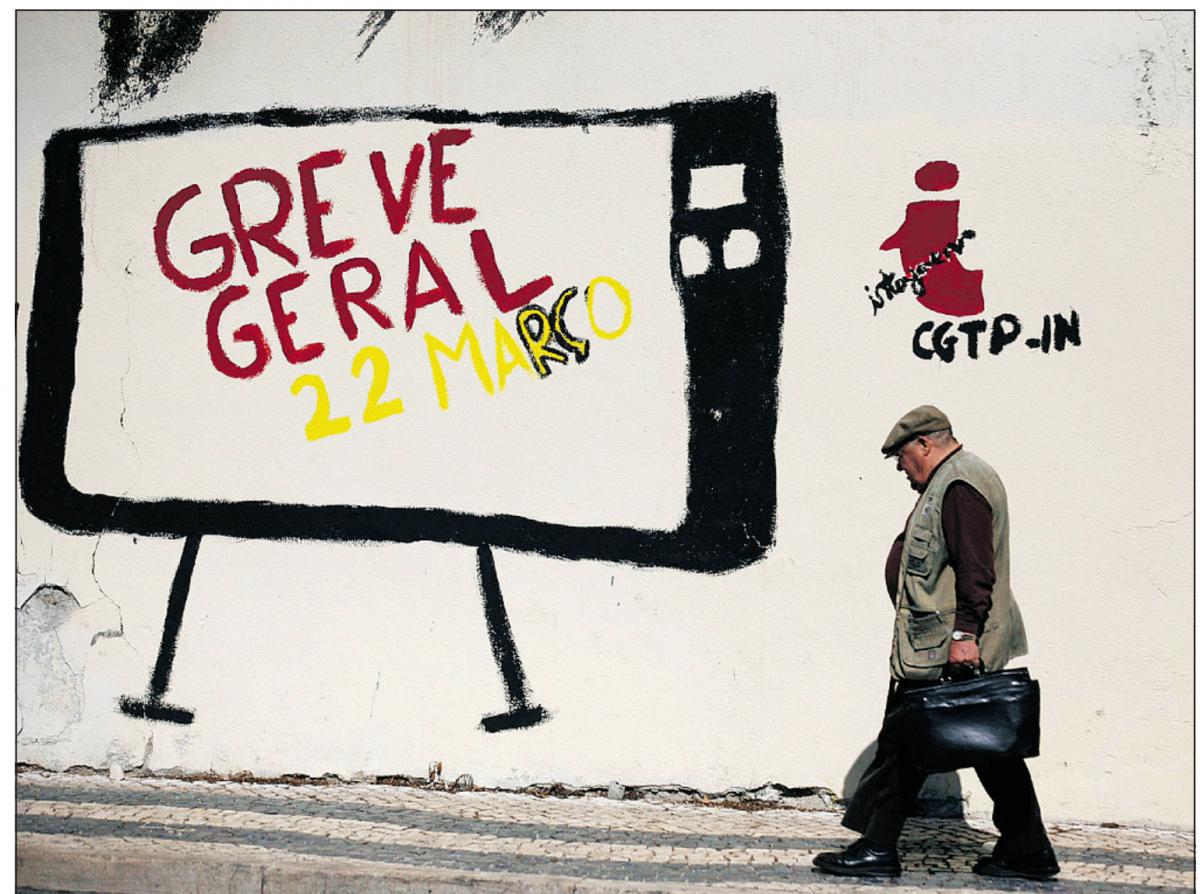 Yesterday was a strange day. the general strike was called by the unions (the CGTP) to protest against the austerity measures. they organized lots of gatherings and marches all over the country. many workers went on strike, although not as many were in the streets.
In Lisbon there were three marches, organized by the unions and social movements, and as a result the city was completely paralyzed for all the day. probably social movements and unions need to be more united, but as you know is a long process and we are doing our best 🙂
In Porto the protestors “welcomed” the prime minister on his visit to the university chanting “IMF out of Portugal” and he had to run inside the university. One protestor was arrested by police in plainclothes, accused of “throwing carrots”.
More on Porto here (in portuguese)
http://oblogouavida.blogspot.pt/2012/03/run-rabbit-run.html
http://expresso.sapo.pt/passos-coelho-fugiu-aos-manifestantes-no-porto=f713796
In Lisbon the police behaved violently in the demonstrations organized by the social movements; the same display of police brutality that we have already seen on the general strike of the 24th of november and on the 15th of october. The march was attacked repeatedly, with no apparent reason. They targeted peaceful activists and journalists. We are still collecting audio and video documentation, but here are a few:
Photo of france press journalist being saved from a policeman
http://news.yahoo.com/photos/policeman-strikes-afp-photojournalist-patricia-melo-during-portuguese-photo-175113458.html
Various clashes (check out the photographer on the ground at about 40sec)
http://www.reuters.com/video/2012/03/22/clashes-over-austerity-in-portugal?videoId=232161474&videoChannel=1
Same clashes, from a different angle
http://sol.sapo.pt/inicio/galerias/videos.aspx?content_id=44722
A recap of the above (check out the woman being pushed to the ground at 13:40 with no reason!)
http://www.youtube.com/watch?v=4C18lCxv0EE
The official media are all together talking about non violents (the unions) vs violent (the social movements) protests, which is a flat-out lie. There are several eye witness of police attacking without any apparent reason and people defending themselves as they could. We also have reports of plainclothes police and agitators. Plus it is clear from the above documents that they were explicitly targeting journalists.
Here are other pictures (more colorful) of the day
https://n-1.cc/pg/photos/album/1239372/general-strike-22-march

If membership has been very good in some areas, many workers have not joined the strike in fear of losing even a day on their miserable wage (purchasing power is lower
than in Greece).
The media had censored the general strike. They obtained successful.
Very few protesters, also stung by calls from confused CGTP. The ultra-majoritarian union, for example, decided three days before the general strike to organize an event (she refused previously face to the “indignant” insisting) on the same route but two hours before the demonstration of “indignant”. Divide and conquer.
However, the honor is saved and the repression was important. If the picketing strikers were attacked with taser during the morning, the
events have been riddled with fierce repression.
Thus, in Porto, peaceful students were assaulted by police. In Lisbon “outraged”, bystanders and journalists (including a photographer AFP) were severely beaten while handcuffed.
Pictures