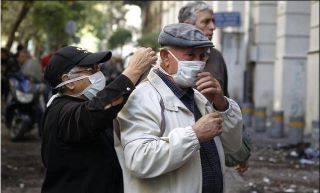 The American people slept in a quiet slumber before Occupy Wall Street. Few realized that our country was not run by the people, but by the powerful, privileged, and wealthy. After the bailout of the banks and the slowly simmering political discontent that resulted, hundreds of people from around the country went to directly confront the Wall Street banksters that had ruined the economy and brought misery to millions of Americans.

Occupy Wall Street has been the reawakening of political consciousness in the US. After 9/11, President Bush told us to shut the fuck up and keep shopping. We were told to not question the government and to not voice any political dissent. For so long, we had been good little serfs who blindly trusted the government, watched mainstream television, worked full time jobs where we were treated like slaves, and generally lost all sense of our own complicity in our oppression.

With Obama we thought there was hope, only to be let down. We had blindly trusted our electoral system, only to realize after electing him thathis largest campaign contributors included Goldman Sachs, JP Morgan Chase, Citigroup, UBS, and Morgan Stanley. Normally there are limits to donations for presidential campaigns, but the Wall Street banks were able to launder the money through PACs and “employee contributions”. Obama appointed Rahm Emanuel as his White House Chief of Staff, even though there are allegations of impropriety during his tenure on Freddie Mac’s Board of Directors. The Obama administration has illegally refused Freedom of Information Act requests for Rahm Emanuel’s emails and Freddie Mac’s Board of Directors’ meeting minutes. As the Mayor of Chicago, Rahm Emanuel has been instrumental in crushing any political dissent with “sit down and shut up” ordinances in the leadup to NATO this May. He even used a mass arrest of Occupy Chicago members as a dry run for the G8 and NATO protests.

Obama also appointed Timothy Geithner as the Secretary of the Treasury. Geithner was previously head of the New York Federal Reserve which gave several large bailouts to Wall Street banks. There is still controversy over his involvement with AIG, because he colluded with AIG to hide its bailouts from Congress and the American public. In addition, it has been recently revealed that corporately owned banks around the world were given secret bailouts totally more than $16 trillion dollars from December 2007 to June 2010 without Congressional approval.

The bailouts were primarily the result of Wall Street banks (many of the same ones that contributed to Obama’s 2008 presidential campaign) creating fraudulent mortgages. These fraudulent mortgages were put together into investment funds called Mortgage Backed Securities (MBS) that were then sold to pension funds, credit unions, foreign governments, and other investors. The banks even bet against their own products and sold these fraudulent investments to unsuspecting consumers. These investments were sold with AAA credit ratings even though the Wall Street banks knew that most of the these “subprime” borrowers would not be able to pay back their mortgages, thus making the investment funds completely worthless. A good analogy would be someone selling you gold only to find out later that you bought someone’s shit – it’s a very simple case of criminal fraud, conspiracy, and racketeering.

To top it all off, most of the foreclosures happening in the US are illegal. The Wall Street banks that originated the mortgages contracted cheap mortgage processors to certify the paperwork. Many of these mortgage processors illegally used notary stamps (which is a felony in most states) to speed up these robo-signing mills. Then the Wall Street banks lost their fraudulent paperwork and illegally “recreated” the paperwork to foreclose on homeowners. Many lawyers are knowingly submitting this fraudulent paperwork to the foreclosure courts which is also a felony. In Florida, many of these judges are retired and it is not clear that they even have the legal authority to work part time in specially established foreclosure courts with rocket dockets. Many of these foreclosure court proceedings are held in closed secret meetings although these are supposed to open to the public. In Duval County, Florida, it has been reported that armed guards were stationed outside of these secret foreclosure courts to prevent the public from attending.

Now the Obama administration is trying to pressure every state’s attorney general to sign a settlement with the major Wall Street banks. When the New York Attorney General refused to sign off on the 50 state mortgage fraud settlement, he was taken off of Obama’s foreclosure taskforce. In exchange for the bribe aka multi-state mortgage settlement, the state attorney generals agreed not to sue the banks even if they find more criminal activity was committed by the Wall Street banks. The benefits provided to homeowners such as principal reductions and reduced monthly payments was already supposed to be implemented under HAMP, but HAMP was a failure because the Wall Street banksillegally denied homeowners mortgage modifications.

Deeds and titles to real estate are usually documented at county clerk of court offices. Every time a property changes ownership or a mortgage is sold a fee is supposed to be paid to the clerk of court. Wall Street banks worked together to create a company called MERS. The Wall Street banks registered mortgages as MERS being the owner of the mortgage. The Wall Street banks could then buy and sell mortgages to each other while avoiding property registration fees. There’s only one problem, MERS is probably illegal and most mortgages in the US are registered as MERS owning the mortgage. In Hillsborough County, Florida, MERS has been able to defraud the county out of more than $1 billion dollars in property registration fees. Now consider, MERS is active in thousands of counties around the United States. MERS is literally defrauding local governments out of trillions of dollars every year. In addition, MERS was supposed to keep the property title and deed together at all times, otherwise these documents are no longer valid.

Unfortunately for people paying their mortgages, MERS often loses all kinds of paperwork. MERS also routinely splits the deed and title, thus making them both invalid documents. When lawyers submit affidavits of lost title, it really means “Oops, we lost all of your paperwork” or the bank’s lawyers submit fake documents. Since the chain of title is broken on many MERS mortgages, lots of real estate in the US literally does not have a legal owner. And how would you ever re-establish a chain of title and get a legal owner? …In most states, you cannot and there is no process to recreate a property title. The only way many people could ever legally own their homes is if they sue MERS and get the property title awarded to them in punitive damages. In many states, there is also something called adverse possession which is another way to gain a title to abandoned property.

Considering all the criminal conspiracy and lawbreaking going on at the Wall Street banks, you would assume that the government would be prosecuting these criminals. Well, you would be wrong. Wall Street banks are trying to quickly push through laws in state legislatures to make it almost impossible for people to stop illegal foreclosures on their homes and limit their right to sue the banks for fraud.

These Wall Street banks are the real criminals who go so far as to hire private contractors to break into people’s homes. Jewelry, large screen TVs, laptops, and other expensive items mysteriously disappear after the bank contractors criminally break and enter into victims homes that have NOT been in foreclosure. They even go so far as to kidnap the victims’ pets or relative’s cremated ashes.

Indeed, America is a seriously fucked up country. The government passes terrible laws and cannot even enforce the laws it has on the books. Instead of putting Wall Street banksters in jail, the government happily goes along enforcing illegal foreclosures and uses the police to beat the shit out of anyone who protests the banksters’ criminal activities.

From the winter of our discontent comes the spring to action, the summer of strikes, and the fall of a corrupt system. The revolution is here.