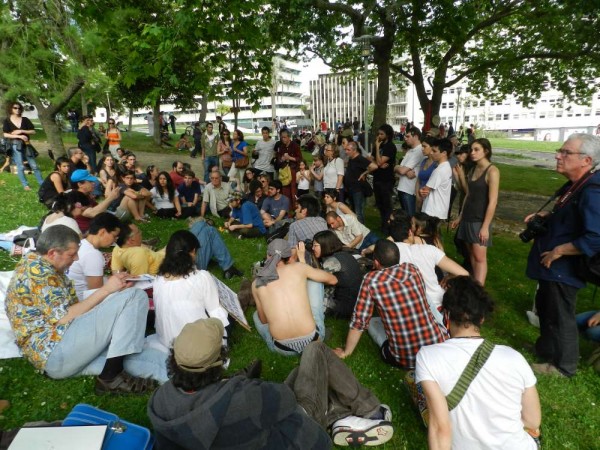 On the 12th of May in Lisbon there was a not very big demonstration, we had around 3000 people. some people may be disappointed but it was expected, since there were already big marches on the 25th of April and on the 1st of May but the march was completely peaceful.

There was an occupation in a big park in central Lisbon and it was streamed. The real challenge begins now, since then intention is to transform the park into a laboratory for democracy. there is a huge agenda of workshops, working groups, debates, performances, and people keep on adding things, it’s just crazy. :-)))
The camp is set, but people went on discussing all the night, so
it’s hard to say how many are camping and how many are just debating 🙂