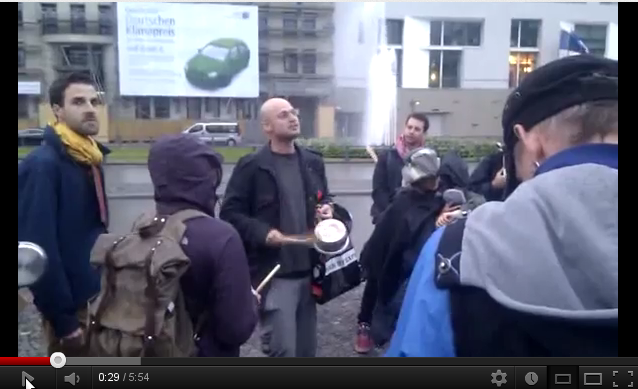 The following text is from the flyer written for the #potbanging in Berlin in support to the students movement in Quebec.

A March against austerity measures and anti protest laws.
In Quebec, students have been on strike for over 100 days against tuition hiles and the emergency anti-protest law 78.
In Mexico, the student-lead YoSoy132 movement protests the political situation and media censorship.In the United States, the Occupy movement fights economic inequity and money in politics. In England, students have been protesting massive tuition hikes.These issues, though particular to their localities, are united by struggle of everyday people to be heard by their gobernments that no longer govern in the best interests of the people.

We rally in support to education, the freedom to protest, and the struggles of the people of Quebec, Mexico, Spain, Greece, Chile, USA , UK, and around the world!