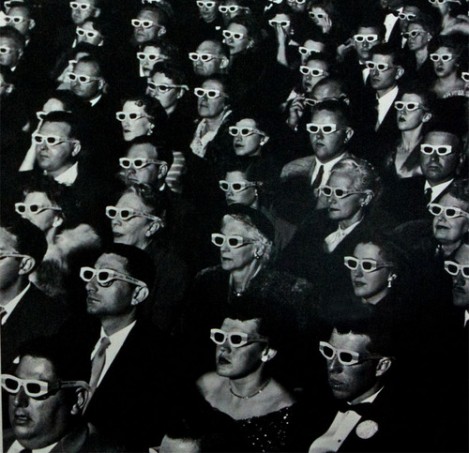 The 15M is very alive, we see this in the great challenges that await it. It has many achievements, some very visible, like the creation of a different social climate or having socialized the idea that the crisis is a con, and that this con started well before the crisis. A year later it has been made clear that the governing are part of the problem: they haven’t been able to make even one minimal reform to facilitate participation nor to prosecute corruption. Faced with this blockage in the system, we would like to focus on some elements that might be important to think strategically.

We’ll start from what is closest, our local and daily situations. For a metropolis like Madrid, we suppose in other cities as well, the 15M has meant various things. With the 15M a social composition emerged that does not feel represented and that was dispersed, which resulted in political impotence. Madrid’s PP [Popular Party] has consolidated itself in the last 15 years, creating a city that is very competitive in social terms, where it is difficult to simply articulate with others. However, in Madrid things were happening on a micro-level, social projects taking place before the 15M, and, on a larger scale, a ton of people that were on the margins of party politics but that came together in key moments like “No War,” the social response on March 13, 2004 to the political management of the attacks, the sit-ins of V de Vivienda [V for Housing] and finally, the taking of Puerta del Sol.

It’s clear that the 15M has been a machine of connection in front of the existing dispersion and that this creates possibilities on different levels. In the neighborhoods, new fabrics have emerged that have reconfigured the way of being in the territory and have provoked openings in the projects that were already going on in those places. Spaces of solidarity and political intervention have opened over the problems that currently affect the majority of people. Processes, which only a short time ago were unthinkable, have achieved victories that modify the surroundings and the people participating: defending public services, occupying houses, networks of support, stopping evictions, resisting police presence, etc. The connections established between different neighborhoods through the assemblies construct a different map of the city. Surely those nodes and links will provide much support at the time to block the criminalization of “poverty,” the increase in police interventions, the racist outbursts and the violence that could come in many areas hard hit by the crisis.

When the ground that you walk trembles because those on top have decided that normal people pay for the crisis, the first response is to get angry, to protest and to try to defend what they are stealing: houses, health care, wages, education, pensions, etc. But with time, the social responses have gone about creating a program where the defense of the stolen rights appears alongside new questions. For example, addressing the cuts in health care, it is very probable that the people that try to construct a response to the lack of response to their demands will end up proposing the necessity to rethink care and health. Social cooperation is in the 15M’s DNA, which will, and is already contributing to the recuperation of common resources for people in the context of the state’s withdrawal in favor of the profits of private companies, that many times have ties to the politicians. The 15M and the social waves are opening up paths to experiment new forms of management that ensure access and improvement of that which is essential for people’s lives.

At the institutional level, the creation of assemblies, collectives like Juventud Sin Futuro [Youth without a Future] and the nodes of DRY [Real Democracy Now], the varied commissions and working groups, has a double meaning for us. On the one hand, we see its importance for what it supposes in terms of social aggregation and political intervention at different levels, but at the same time it is fairly clear that these entities should constantly look outward, because there are many people that feel part of the movement but for different reasons don’t directly participate. The Internet is another space of debate, participation, and aggregation, that enhances the movement by contributing operative capacity and distribution. What is important is not who or where things are done (copyright), but rather that those things are easily accessible, usable and adaptable (copyleft). The challenge consists in experimenting with ways to decentralize while continuing to collectively state objectives and concentrate forces to achieve them. The 15M has not built a large institution, but rather has created a climate that encourages taking the streets to defy the logic of dispossession at the same time as it stimulates desires to do things with others to improve our lives. In both aspects, it’s about connections put to work that have to work from the closest scale while still intervening in a general context of political crisis and economic fraud.

The celebrations of May 12-15 met expectations, the plazas were taken massively but not permanently, which has been used by the government to repress disproportionately. An encampment did not emerge at Sol because people already are doing things and share a diagnostic about what is happening. The desire to feel togetherness floated in the air, but it was seen that in order to stay in the plaza we needed clear objectives. A year later the moment of challenges has arrived. We know that this is a con and that the leaders are in the service of this con. There are projects, tools, connections and lots of social support. Now it is about going on the offensive in a decentralized and intelligent way. That is to say, to act in questions where we can achieve victories increasing the social support. For example, it’s not the same to protest against a law that attacks fundamental rights, as for small groups to disobey this law and creating a social contagion. The case of Bankia is a catalyst that we must take advantage of, with different initiatives that could go from putting pressure on decision-makers to taking over housing owned by the institution, actions that come together as part of a dispersed attack by the same swarm. In terms of the general conjuncture, the plazas continue to be the meeting place to express outrage, and, if the opportunity arises, to construct clear objects for which to remain in the plaza until they are met, whether it is the approval of dación en pago (deed in lieu of payment) next October or for the government to resign if it continues cutting rights and welfare faced with the escalating risk premium.

At the international level, we see that the power of the plazas has spread from Tahrir to the rest of the world. If there is something that the 15M has contributed it is massive and diverse participation in the countries of the Global North. This has transformed the languages, the forms and goals of the people that continue participating in and supporting the 15M. This qualitative leap happened in the US several days after the beginning of Occupy Wall Street. In Europe it hasn’t been like that, except for Iceland and Greece, with a very intense cycle of struggles that has overflowed the previous forms of participation. In these moments the game for the EU’s future is played in the Mediterranean. For the crisis to stop being a question of adjustments implemented by states with barely any sovereignty to being a problem on the European scale depends on what happens in Greece and Spain. As much the operative ability of the indignados against the pressure of the financial elite, as Syriza’s possible victory, could change the direction of policies that condemn entire countries to ruin. If Rajoy’s government falls with the plazas full and Syriza revokes the impositions without leaving the Euro, a new cycle would open that would directly point to the anti-democratic structure in Europe.

We are not lacking any ingredients to produce important happenings and achieve necessary victories. From above there is no doubt that they will continue with the con although they are beginning to talk about growth, false discourses like when they promised to reshape the system. From below, we must defy that logic building solidarity, improving the communication tools and being creative at the moment to carry out peaceful and forceful actions. The challenge is to win being the 99%. The means justify the ends. We will go far if we take advantage of the circumstances that appear along the way. May the European citizenry accompany us.