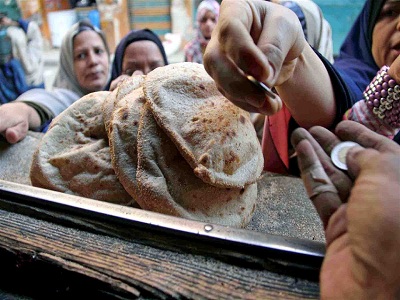 A new Egypt demands a new constitution and president. Many pressing questions also need to be addressed, including the religious-secular divide, the value of Sharia in the making of law, citizenship, minority rights, the rule of civil society, foreign policy, and much more.

One issue that requires urgent attention in the current discussion is that of Egypt’s shattered economy. In the first round of elections on May 23, Egypt’s presidential candidates appeared to hold vastly different ideas regarding their vision for the future. With the elimination of independent candidate Hamdeen Sabahy before the final round on June 16-17, the economic program for the two remaining candidates seemed oddly similar and suspiciously familiar.

The oddity stems from the fact that the two contenders – Freedom and Justice Party candidate Mohamed Mursi and former Prime Minister Ahmed Shafiq – are supposed to represent the two extremes defining Egypt after the 2011 revolution. Mursi is a Muslim Brotherhood figure, long oppressed by the very regime that Shafiq dutifully served.

The “run-off in Egypt’s presidential elections between the two most polarizing candidates has escalated investor concerns of renewed unrest,” claimed Arabia Monitor, a market research company. However, both candidates are united by their advocacy of the same free market economy, the guiding model for the discredited Mubarak regime. The news is hardly shocking in the case of Shafiq, an establishment man who would not be expected to challenge Egypt’s chronic inequality; Mursi’s position is bewildering.

While “rivals portray the Brotherhood as a nebulous organization obsessed with religion,” according to Patrick Werr, “its wide-ranging plan, details of which were revealed during the buildup to last month’s first-round presidential vote, projects a pragmatism that puts rapid economic growth ahead of ideology.” The Brotherhood ‘pragmatism’ is only commended here because it promotes “a strongly free-market economic plan” and a pledge to move quickly to secure a loan from the International Monetary Fund (IMF).

Some estimates put Egypt’s current debt at close to $190 billion. The Egyptian revolution, which in part sought economic justice and equitable distribution of wealth, is yet to produce a new economic reality. Under Mubarak, the economy operated through a selective interpretation of free market economy marred by extreme corruption in favor of the ruling elite. Over 15 months of haggling between the Supreme Council of the Armed Forces (SCAF), angry masses, a new elected parliament and other forces have now wreaked havoc on an already struggling economy. The Egyptian pound is facing the prospect of ‘disorderly devaluation.’ The IMF’s original loan offer of $3.2 billion, rejected by Egypt at the time, would not be enough to rectify the damage. Per Egyptian government and IMF estimates, the country requires $10-12 billion to secure the pound.

Currency devaluation is only a small aspect of Egypt’s current economic woes. The Economist (May 19-25) reported that Egypt’s foreign exchange reserve is now down to third of its value of 15 months ago and the budget deficit has surged to 10 percent of GDP. “The budget shortfall could be resolved by a stroke of scrapping energy subsidies, but in a country where 40% of people live in poverty; this is a sizzling political potato.”

It is actually much more than a ‘sizzling political potato’. The handling of the economy will ultimately make or break the relationship between Egypt’s new rulers and its people – most of whom are not only politically disfranchised, but economically marginalized as well.

Although most Egyptians now frown at Mubarak’s legacy, the country’s economic indicators were for years perceived favorably by Western financial institutions. After all Egypt recorded steady growth. Its ‘economic reforms’ post 1991 were largely celebrated for further liberalizing trade and investment, cutting subsidies (thus forcing the poor to continue teetering at the edge of poverty and utter desolation) and dismantling the public sector. The IMF and other Western lending institutions do not settle for anything but more austerity measures – regardless of whether Egypt’s new president is a bearded Muslim or an avowed liberal. The only ideology that matters for the IMF is the free market economy.

So what must be done for the almost 14.2 million people who live on less than one US dollar a day? 1.5 million Egyptian currently live in a large graveyard at the outskirts of Cairo. Austerity and further cuts could only lead to the kind of misery that instigated last year’s revolution.

Egypt’s remaining candidates promise to revive the economy while keeping social justice on the agenda. While Shafiq has promised an abundance of perks to various sectors of society, the Brotherhood has been promoting a detailed program called Al-Nahda, or The Renaissance. Enlisting the help of internationally renowned economists such as Peru’s Hernando de Soto Polar, Al-Nahda is reportedly a study of many economic models around the world, including Turkey, Malaysia and South Africa.

The Brotherhood’s initial presidential candidate, Khairat al-Shater was the “driving force behind the project,” according to the Daily Beast (June 7). In an interview last April, he laid down the basic premise of his plan: “The Egyptian economy must rely to a very, very large degree on the private sector. The priority is for Egyptian investors, then Arab then foreign.”

It is expected that Egypt’s intense public discussions in the current phase will be fixed on foundational issues such as the formation of a constitutional assembly and a redefinition of the rule of SCAF. But Egypt’s economy is deeply flawed. An IMF-style free market economy is of no use to millions of Egyptians when they lack proper education and the most basic rights and opportunities. For an Egyptian day laborer to have a better life in a country with a huge and growing income gap between rich and poor, something fundamental needs to take place.

Referencing ‘social justice’ while negotiating IMF loans suggests a precarious start for any truly fundamental economic reforms. While Hamdeen Sabahy is no longer in the race to challenge the free market wisdom of his contenders, the debate must not end here.