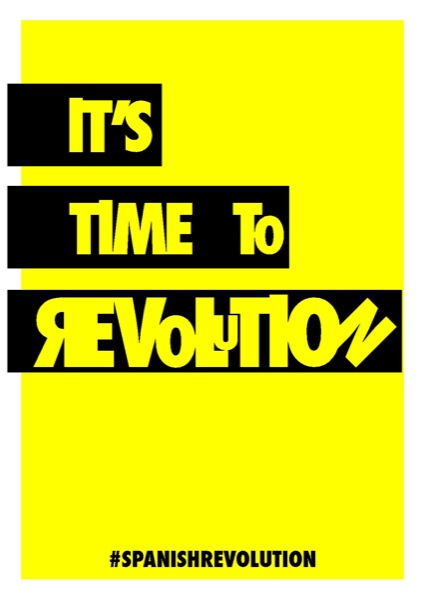 Newsletter with news about Education, Housing, Banking, Democracy and Environment around the world, take a look, spread the news and give us feedback if something related is happening in your city!!! linking #revolution helps us understand the need for #globalchange

Education is a right: #casseroles and #potbangings to make it clear, students are uprising

In Canada for over 100 days there has been student strikes in #Quebec and elsewhere in Canada. Protest are directed against the increase of  tuition fees and  Bill 78 http://en.wikipedia.org/wiki/Bill_78) which forbids political protests near  campuses, as well as any meetings of more than 50 people.A world day of action in support of Quebec struggle has been called #24juin Journée mondiale de résistance en soutien au Québec !
Huelga de estudiantes contra la ley 78 (http://en.wikipedia.org/wiki/Bill_78) que prohibe protestas cerca de las universidades y la reunion de mas de 50 personas
Video:
And we’ve seen solidarity actions in several cities around the world
London: http://www.defendtherighttoprotest.org/this-wednesday-solidarity-demonstration-with-quebec-protesters/
Brussels: 200 students show their solidarity with Quebec
Madison (Wisconsin- USA) http://t.co/cB0reC0z
Berlin:http://takethesquare.net/2012/06/07/berlin-solidemo-with-quebec-rock-beats-scissors-squares-beat-cuts/
Wednesday June 22 and 30, Casseroles (pot banging),
In  Mexico  #yosoy132 (http://yosoy132media.org) students are leading a movement that talks about democracy, Universities, mainly the UNAM with 300 thounsand students, who are organising themselves inside the University and  defendin it as a place to fight for freedom of speech and democracy
http://classwaru.org/2012/06/11/yosoy132-student-led-uprising-in-mexico-an-interview-with-patrick-cuninghame-professor-mexico-city/#comment-9
Chile, more than one year after of massive mobilizations they still continue in the streets defending the right to public education
http://www.informador.com.mx/internacional/2012/384397/6/estudiantes-chilenos-marchan-por-mejoras-en-educacion.htm
And in the other side of the world, New Zealand, students mobilizations are also taking place http://www.nzherald.co.nz/nz/news/article.cfm?c_id=1&objectid=10810121

Housing and Bankin, anti-eviction and anti-corrupt banking protests at the core of mobilizations  #stopevictions #occupyOurHome #facebanking

A national action day against the banks responsible for the majority of the evictions in Spain, took place during the last weekend. In  Madrid #ElDiadelaBestia on June 16th, thousands of people demonstrated in Madrid under the slogan “Bail out the people, evict the bankers”. The demonstration ended in one of the most emblematic skycrapers in Madrid, Bankia´s central offices. Bankia is a recently bailed out bank (it received 24000+ million euro), responsible for the majority of  evictions In Spain due to mortgage unpayment (around 300 per day). Currently there is a successful, crowdfunded campaign called #15MpaRato, for suing Rodrigo Rato, also former president of IMF, for his performance as Bankia president.
http://madrid.tomalaplaza.net/2012/06/17/galeria-16j-rescatemos-personas-desahuciemos-banqueros/
Photos: http://madrid.tomalaplaza.net/2012/06/17/galeria-16j-rescatemos-personas-desahuciemos-banqueros/
#ElDiadelaBestia video compilation
http://cierrabankia.wordpress.com/2012/06/18/recopilacion-videos-16j-eldiadelabestia/
During the weekend a campaign #encaralabanca was launched to give a face to the thousands of evictions requested by  banks across Spain, the campaign consists on “tuning” the banks offices with huge photos of the faces of the real people being evicted
Web: encaralabanca.tumblr.com
While in the USA, #OccupyOurHomes  gathers momentum. It defines itself as a movement that supports Americans who stand up to their banks and fight for their homes. They believe everyone has a right to decent, affordable housing. They stand in solidarity with the Occupy Wall Street movement and with community organizations who help the 99% fight for a place to call home.
Web: http://occupyourhomes.org

The #russianrevolution started this winter when fraud and corruption was present during the presidential elections. People took to the streets Vídeo: http://www.universalsubtitles.org/ru/videos/LVZYrAnOiBp7/info/zanimaite-chtoby-osvobozhdat/
and on the 12th June Million March, after the repression suffered by  demonstrators on May 6th, and the politics of fear carried out by the Government, the march on June 12th was important to measure  popular reponse to those policies, as well as the ability avoid any direct confrontations. A new bill is being written, as in many other countries, oriented to forbid massive acts of protest.
More than 100.000 people joined the March, defined by a joyful and pacific atmosphere. The March took place on Russia´s independence day. For the first time, symbols of he Occupy movement were visible within a massive mobilization in Russia. At the end of the March they read a manifesto.
In Mexico, the movement #yosoy132 continues mobilizing against political and mass media corruption and for a true democracy. They ask for solidarity rallies at Mexican embassies and consulates to put pressure on the government and electoral officials ahead of the election day, on July 1st.
Video of the call for solidarity: http://takethesquare.net/2012/06/14/call-for-solidarity-from-mexico/
Manifiesto
EN: http://takethesquare.net/2012/06/03/first-communique-by-the-coordinators-of-the-movement-yosoy132-manifesto/
ES: http://www.animalpolitico.com/2012/05/declaratoria-y-pliego-petitorio-de-yo-soy-132/
Web:http://yosoy132.mx/
In Egypt things are evolving very rapidly. This week the military council made a display of strenght, trying to sequester the political transition in Egypt. After the polls closed, the council announced–through its propaganda organ, the national tv–new constitutional dispositions giving itself legislative and budgetary powers. In so doing, it tries to drastically reduce the number of competencies of the future, elected president, in order to guarantee its control of the country.  The candidate from the Muslim Brotherhood won the elections for the surprise of many and the dictator Mubarak died.
In Greece we had a reflection from #occupyAthens https://occupyathens.wordpress.com/2012/06/19/this-summer-forever-we-are-voting-our-lands-beaches-about-the-greek-elections-released-on-sunday-17th/
though it seems that fear won the elections

Environment. Protesters and affected communities denounce neocolonial practices by corporations, the dispossession and impoverishment  of whole communities, and environmental pollution generated by capitalism.

In BRASIL. In conjunction with the Rio+20 UN Conference, several mobilizations for social and  environmental justice have been organized in all the country .
http://takethesquare.net/2012/06/20/rio-20-rio99-a-context-note-ocupadospovos-occupyrio-globalchange/
Direct transmission of the Occupy Rio campsite : http://bambuser.com/v/2759090
On the 20 of June a Global day of action has been organized by The People’s Summit .
LET’S MOBILIZE. IN RIO, IN YOUR REGION, IN YOUR CITY, IN YOUR COMMUNITY international mobilization against Commodification of Life and in Defense of the Commons
. http://ggjalliance.org/node/979
20 DE JUNIO – DÍA DE ACCIÓN GLOBAL: MOVILIZACIÓN EN RÍO, EN TU REGIÓN, EN TU CIUDAD, EN TU COMUNIDAD. Por la Justicia Social y Ambiental Contra la Mercantilización de la Vida y En Defesa de los Bienes Comunes.  http://alianzaeconomiaverdefuturoimposible.blogspot.com.es/2012/06/motivos-para-salir-la-calle-el-dia-20-j.html
Global May towards Rio+99%. A Video shows the movements in May (Spain, Frankfurt, Chicago, Mexico, Quebec…) and Rio as the “next stop”. http://www.youtube.com/watch?v=kS829cfGHZo (with english subtitles option).
Amazonian Communities Occupy the Belo Monte Dam Site to Free the Xingu River.
Amazonian Community  Resistance calls attention to Brazilian Government’s Unsustainable  Energy Policy.  Indigenous peoples, farmers, fisherfolk, activists and local residents   affected by the construction of the massive Belo Monte Dam project  began  a symbolic peaceful occupation of the dam site to “free the  Xingu  River.”
Video: http://www.youtube.com/watch?feature=player_embedded&v=sLP0rV3QwVQ
In Ghana.  HEDZOLEKLOWA, a grassroots community-driven Environmental Justice alternative, appeal for support in their Occupation project, which is part of their fight against neocolonialism and imperialism and is part of their fight for justice, freedom, equality, sustainability and well-being for all.
HEDZOLEKLOWA: AFRIKA LAKE OCCUPATION PROJECT SUPPORT APPEAL
http://takethesquare.net/2012/06/20/hedzoleklowa-afrika-lake-occupation-project-support-appeal/
Carnival of dirt , on Friday 15 June, London   experienced its first Carnival of  Dirt, a carnival like no other.  More  than 30 activist groups from London and around the world came together to highlight the illicit deeds  of mining and extraction companies.http://www.carnivalofdirt.org/
video: http://www.youtube.com/watch?v=hpz6PLP4bws