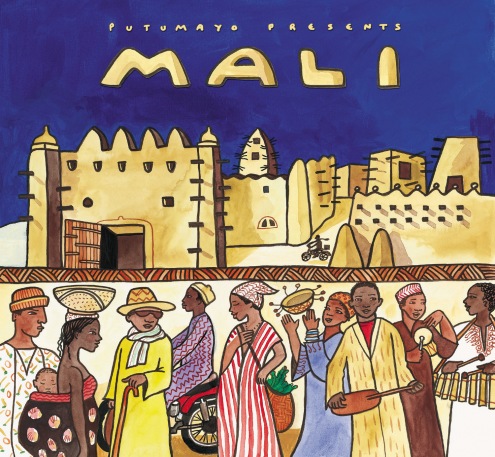 Northern Mali promises to be the graveyard of scores of innocent people if African countries don’t collectively challenge Western influence in the region.

The Republic of Mali is fast becoming the Afghanistan of Africa. The reference is being applied with growing enthusiasm by Western media. The tragic reality is that Mali, with massive size and relatively sparse population – 1,240,000 km² and a population of nearly 15.5 million – was, until a few months ago, paraded as a model of stability and fledgling democracy in West Africa. What happened to make Mali a hotbed for terrorism, militancy, ethnic cleansing and a potentially destructive war that could destabilize the whole region?

On March 22, a US-trained Mali Army Capt. Amadou Sanogo led a coup against President Amadou Toumani Touré, accusing him of not doing enough to challenge the growing separatist and militant threats in northern Mali. Despite the widespread condemnation of Sanogo’s coup, US media seemed more forgiving than their African counterparts, which saw the military takeover as a violent end to a two-decades-long democratization process. In an Associated Press (AP) article, it was claimed that the coup was a “surprise to Sanogo himself” (Fox News, July 7). AP conveniently interpreted the takeover as ‘Mali’s accidental coup’, an inane conclusion that screams in the face of abundant evidence.

The barely harsh Western response to the coup had little to do with what was transpiring in southern Mali and much to do with the north. Expectedly, the coup led to a political vacuum needed for the Tuaregs’ National Movement for the Liberation of Azawad (MNLA) to declare independence in the north merely two weeks later. The declaration was the culmination of quick military victories by the MNLA and its militant allies, which led to the capture of Gao and other major towns. The successive developments further emboldened Islamic and other militant groups to seize cities across the country and hold them hostage to their agendas. Within the power configuration that was quickly developing in the north, a conflict soon ensued, giving the upper hand to Ansar Dine (‘Protectors of the Faith’), who ousted Tuaregs from various regions, including the historic city of Timbuktu. The militants, alleging that Islamic history in Timbuktu is not consistent with their extreme interpretation of religion, began dismantling buildings, burning Islamic manuscripts, and basically destroying a UNESCO-recognized world heritage site.

Another group quickly moved in, thickening the plot and raising even more questions. Al Qaeda in the Islamic Maghreb (AQIM), a group that has topped the list of US enemies in Africa, has, to an extent, rationalized the need for the United States Africa Command (AFRICOM). Headquartered in Germany, AFRICOM has been pushing for ‘alliances’ in a continent that was, for decades, mostly outside the US sphere of influence. The work of the relatively new command (activated in 2008) includes all of Africa, except Egypt. The declared motives of AFRICOM are intentionally conspicuous. According to the US State Department, AFRICOM “will play a supportive role as Africans continue to build democratic institutions and establish good governance across the continent.” This surely fails to explain how helping African democracy will be enhanced by the creation US Special Operations Command, Africa (SOCAFRICA).

Media leaks and authoritative analysts have been linking AFRICOM to the mess in Mali. The security vacuum in the strategically located and large country is arguably the exact opening desperately sought by the US to establish lasting military presence in Africa. This has been especially needed after the forced reassessment of US military presence in other parts of the world.

Not only did AFRICOM have a notable presence in Mali, providing several training tours to the leader of the military coup, its head, General Carter Ham, is now articulating the kind of language that has been heard all too often in other conflict zones. “We – the international community, the Malian government – missed an opportunity to deal with AQIM when they were weak. Now the situation is much more difficult and it will take greater effort by the international community and certainly by a new Malian government,” he told reporters in Senegal, as quoted in Reuters on July 26.

The nature of these ‘great efforts’ is still unknown, but US and France – a former colonial power that still yields much influence and massive economic interests in Mali – are floating military options. Knowing that Western interventions often achieve the opposite of their declared purpose, some Western African countries are scrambling to prevent potentially grim scenarios. On July 5, the Security Council endorsed the efforts of West African countries to end the unrest, and, despite pressure, didn’t back military action. The African Union, which has had little success in past conflicts, is likely to concede leadership to The Economic Community of West African States (ECOWAS), whose members are receptive to pressures due to their reliance on foreign aid.

Despite hyped Western media coverage, al Qaeda in the Islamic Maghreb is not the biggest concern in Northern Mali. Even by General Ham’s estimations, foreign fighters in the north are numbering “dozens and perhaps in the low hundreds,” according to Reuters. The real crisis is humanitarian as well as political. According to the UN Office for the Coordination of Humanitarian Affairs (OCHA), 420,000 people have been made refugees in a region that is harsh even on those who aren’t forced to flee across open deserts.

Nonetheless, discussions have already begun regarding the use of unmanned drones. The US media is now fomenting fears among Americans, perhaps in preparation for a military campaign led by the US and its Western allies, under an African umbrella. “Extremist Islamists have wrested control of a region the size of France in northern Mali and proclaimed an Islamic state,” reported ABC News on July 23. Of course, little is being said about numerous other factors, including the fact that it was Western intervention in Libya in March 2011 that saturated a poor region with a massive amount weapons that are now being intercepted throughout Africa.

Mali is now ripe for another violent episode, the scope and nature of which are yet to be revealed. While Western powers and their regional allies are calculating their next move, hundreds of thousands of impoverished people are roaming the Sahara seeking water in one of the world’s most unforgiving terrains.

The most tragic part of the story is that Mali’s real hardships are only just beginning.

– RamzyBaroud (www.ramzybaroud.net) is an internationally-syndicated columnist and the editor of PalestineChronicle.com. His latest book is My Father Was a Freedom Fighter: Gaza’s Untold Story (Pluto Press, London.)