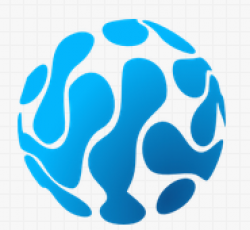 by: Bernardo Gutiérrez
An indigenous collective of Chiapas, tangled with a co-working space of Quito. A crowd funding platform of Barcelona, ??working with open data movement of Montevideo. A Greek cooperative, inspiring artistic groups of Caracas (and vice versa). A hacktivist group of Madrid, feeding of Rio de Janeiro’s favelas permaculture. A community of free software developers in Buenos Aires, collaborating with Lima based city planners. Cultural groups with hackers. Foundations, together with activists. Copyleft artists + cultural agents. Networked Politics. Open Source Ecology. Open data. Southern Europe, its bottom-up and grassroot movements, united with the buzzling Latin American. Both sides of the Atlantic ocean, twinned by Peer-to-peer (P2P), an open  network topology in which each node is connected to the other without passing through any center. The P2P – with its openness, decentralization and collective empowerment – is not longer something marginal. P2P is philosophy, working trend and a solid reality. P2P is the nervous system of the new world.

This paragraph it is not just a poetic text. This paragraph can be real from next March 20, when the Iberocamerican P2P Foundation’s # Wikisprint is held simultaneously in almost twenty countries. The wikisprint, a collective documentation and mapping  process, comes from Python programmers, one of the most popular languages ??of free software. The practice spread to other areas such as writing collective books. The highly respected P2P Foundation makes wikisprints to map experiences around these new paradigms. The wikisprint of March 20 will, for example, will map experiences around the commons, open innovation, co-creation, transparency, co-design, 3D printing, free license, P2Politics…. among other things. It’s worth reading the criteria for inclusion in the P2P Foundation wiki. Here it is this open document with the confirmed cities: anyone can add a new city.The information flows will circulate in some way by the site created for the occasion (Wikisprint.p2pf.org)  and in the Twitter hashgtag # P2PWikisprint.

Although initially the # wikisprint would be held only in Spain, coinciding with Michel Bauwens’s (P2P Foundation founder) visit, human connections spread the wikisprint to all Hispanic America. Brazil also joined. And Greece and Italy. Networks, people and institutions, united by the P2P. However, in # wikisprint of March 20, possibly one of the largest in history, there will be much more than a mapping. This distributed network has generated a rich collaborative roadmap. During the # Wikisprint will be held all kind of activities. Debates, lectures, screenings, speeches, self media coverage, workshops, network visualizations, videos …

Why is important this next wikisprint? For many reasons. The first one: visualize processes that the mainstream media and western governments ignore. Spain, one of the countries hardest hit by the macroeconomic crisis, is one of the spearheads of the networked P2P world, the commons, the new horizontal logics, the collaborative economy. And the mass media ignore this reality, easily verifiable with data. Spain is the country with the largest number of co-working spaces per capita (3rd in total). Spain leads, by far, the social currencies flow. Spain, from 2010 has more Creative Commons licensed works than the United States. Spain is the fourth country in the world in number of fab labs (which does not summarize 3D printing world but it is a hint). Furthermore, copyleft culture in Spain has spread to architecture, agriculture, communication or advocacy. In Spain works the biggest alternative Wi-Fi network of the world, Guifi.net, that encourages shared nodes. And in Spain was born Proyecto Lorea, the greates federation of free social networks. Besides, the cross – wise 15M-Indignados movement is catapulting new commons oriented political-social-communicative processes and revitalizing the urban and rural commons. Why the mainstream media ignores this reality? Why P2P is usually associated with ‘piracy’?

For the same reason that mass media hides what is happening in Greece: they have fear.  Ignored by the mainstream media, the Greeks are building a new economic paradigm around the commons, a collective world fed by the human networks and solidarity. Not coincidentally, the P2P Foundation has a version in Greek. On the other hand, Italy has much to say in this new networked world. Italian are Arduino (the most popular open hardware case), thinkers as Toni Negri and Franco Berardi ‘Bifo’ and refreshing experiences as Open P2P Design or Movimento 5 Stelle (M5S), quite misunderstood. Meanwhile, Portugal, which has not yet confirmed their participation in this #wikisprint, is seeing how its Government is migrating to free software.

Why not creating a techno-political alliance between southern Europe citizens and emerging Latin America? Possibly, Latin America has the best ecosystem to create a new world prototype. The region has, generally, left handed and social oriented Governments. Latin American has an intense history around collective ownership and collaborative work. A strong social inertia, both analogical and digital. Latin American is the only country in the world that protects Wikileaks (Ecuador). In Latin America, in Brazilian Porto Alegre, participatory budgeting  and World Social Forum were born. In Latin America many governments use free software. In Latin America, the Zapatistas began the path of hacktivism technopolitics of the 99%. In Latin America, in the collapsed Argentina of 2001, assemblies and barter were born from the ashes of capitalism. In Latin America there are still millenary practices as the ayni (Bolivia), the tequio (Mexico) or the minga (Ecuador), in total harmony with P2P networks and the commons. The crowd, the collaborative, is in the DNA of Latin America. The cosmic race, the deeply mestizo race that Mexican philosopher José Vasconcelos wrote about in 1925, can save Europeans from the wild warth of Frankfurt and Wall Street.

That is why this #wikisprint is so important. A wikisprint that will join Southern Europe’s social innovators and movements and Latin America, the continent where a new networked, sustainable and commons oriented world can be born.

It is not going to be easy. Latin Utopia, in fact, is walking hand in hand with dystopia. Neoliberalism wants to transform Latin America into a new space of unsustainable consumption. Capitalism invents the BRICS (Brazil, China, India, Russia and South Africa) to seduce. To impose. And some governments are falling into the trap of  ’consumption, therefore I am’. The risk is enormous: that Latin American governments identify progress with consumption, market, exclusively with private property or vertical state. So the # wikisprint March 20 is more than a #wikisprint. It is a collective shout. A new space for conversation. A new world prototype. The first step in a planetary process that can begin to change the rules of the game.