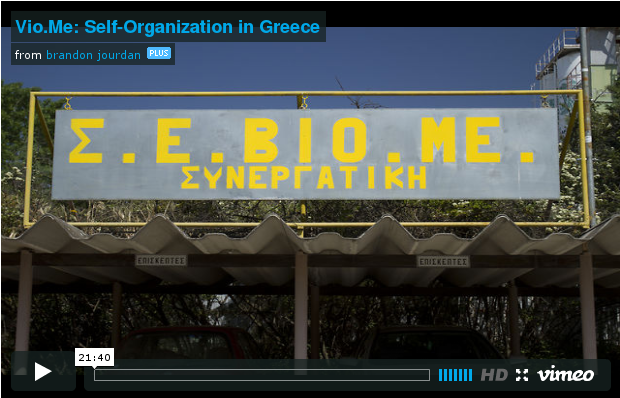 The workers at the Vio.Me. Factory in Thessaloniki, Greece have quickly grown into a symbol of self-management internationally. After going on strike and occupying their factory, on February 12, 2013 they re-opened the factory and started production under worker’s control. For many, the factory represents a new potential way forward for unemployed workers in Greece – seizing the means of production, running factories without bosses, producing only goods that are needed, and distributing them through solidarity networks.

“Every extra profit we make will be given out to people who need it. Our plan is to offer help to unemployed people or others who are in great need,” says Dimitrios Koumasiouras, a worker from Vio.Me.

This film tells the story of how the worker’s re-opened the factory under self-management and looks to where the factory is headed now.